Although solar activity remains at low levels, Active Region 2786 — the biggest sunspot in years — has produced multiple C- and B-class flares since November 25. Coronal Mass Ejections (CMEs) were also observed, but none was Earth-directed. While we are still experiencing solar minimum effects, solar activity is ramping up as we head deeper into Solar Cycle 25.

The region currently has Beta-Gamma magnetic configuration and is capable of producing even stronger eruptions. Its position currently favors Earth-directed CMEs.

Coronal Mass Ejection (CME) activity was observed at the NE limb on November 26, first visible in LASCO C2 coronagraph imagery at 21:24 UTC. The source region is believed to have emanated from a region of enhanced plage at, or just behind the NE limb. Dimming was visible in this area as viewed on STEREO Ahead EUVI 195 imagery.

A second, narrow, fast-moving CME was observed off the W limb, first visible in LASCO C2 coronagraph imagery at 05:36 UTC on November 27.

Initial SWPC analysis and model run output suggested a possible glancing blow at Earth midday (UTC) on December 1, but subsequent model runs showed the event was off the Sun-Earth line. 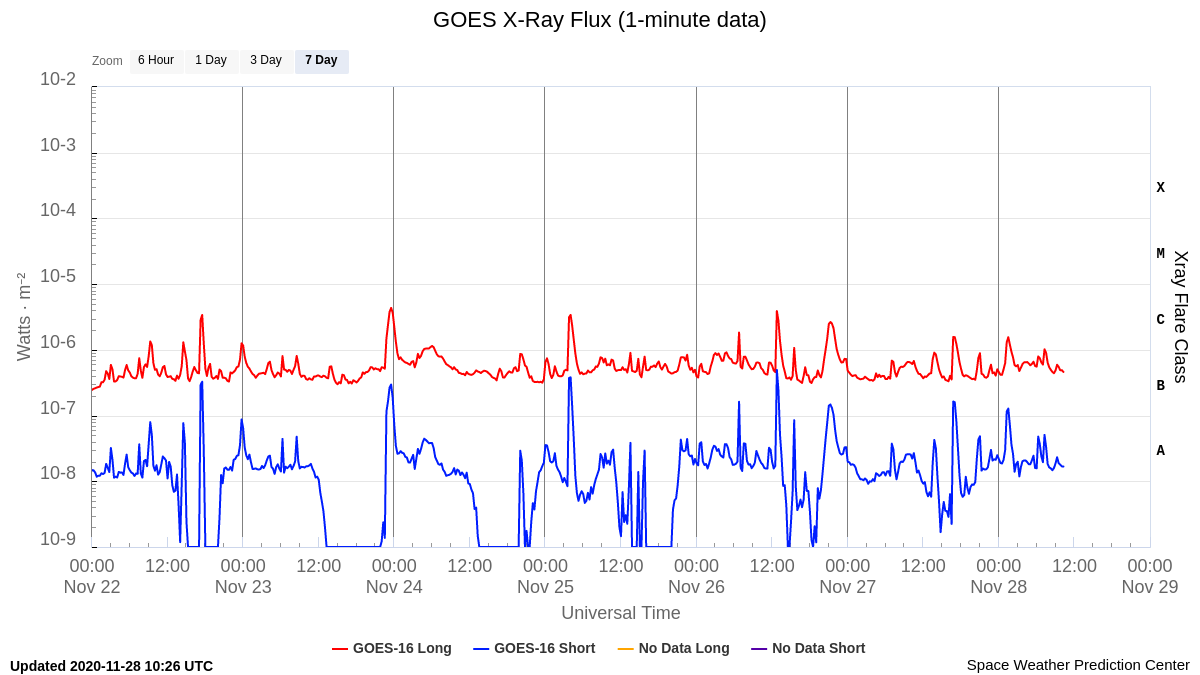 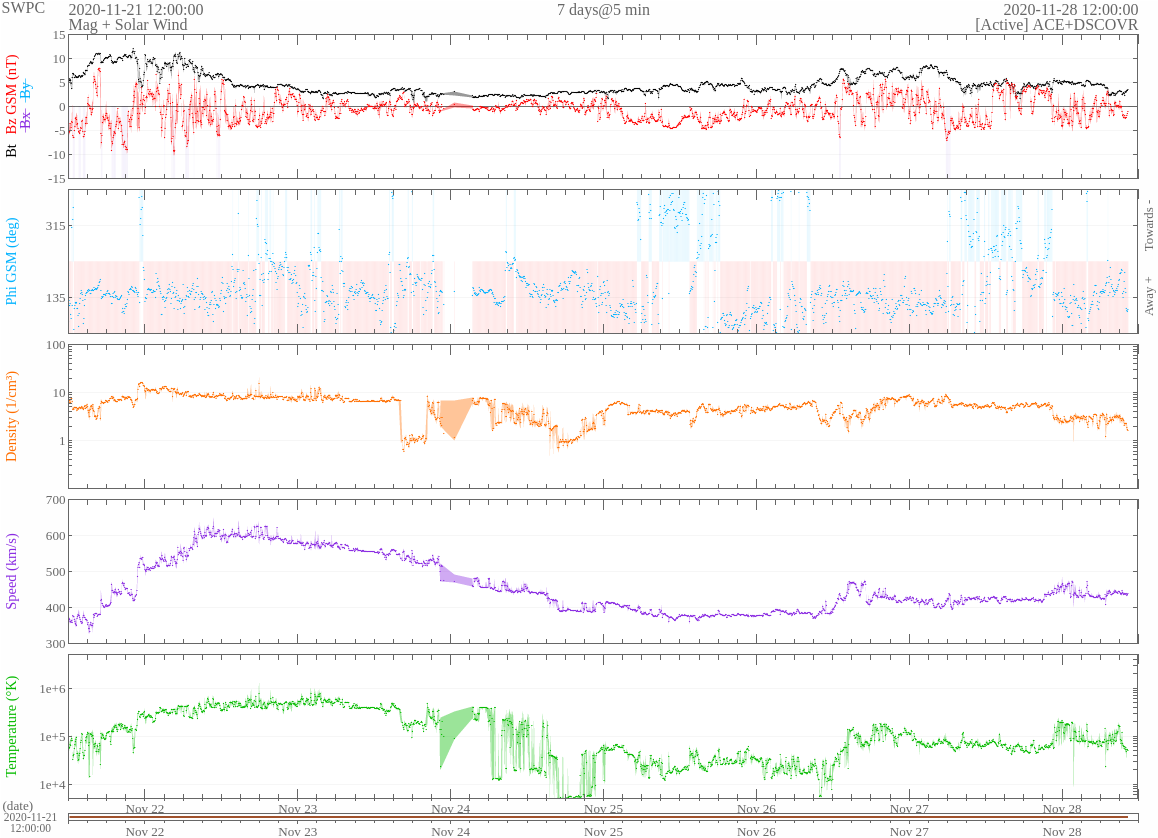 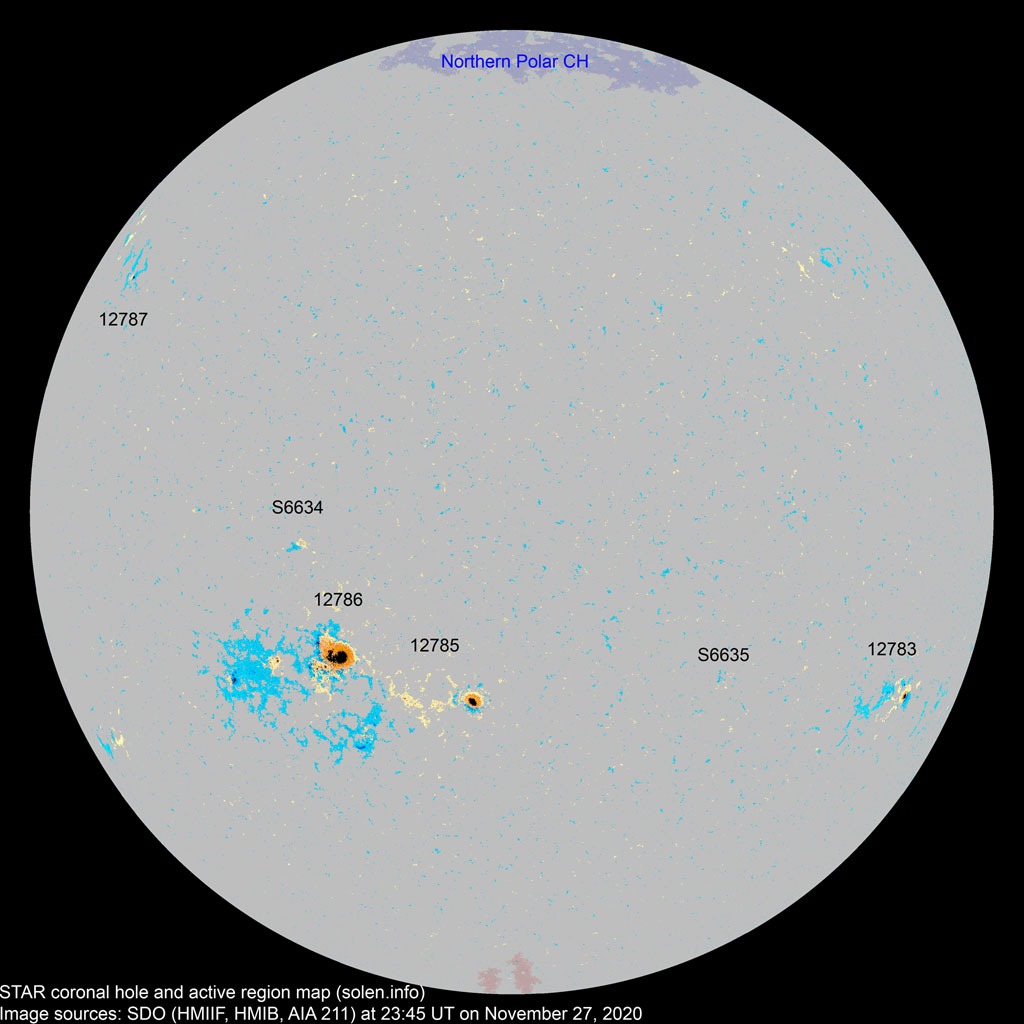 Solar activity is expected to remain at low levels with a slight chance for M-class flare activity from region 2786 through November 30.

The geomagnetic field was quiet to unsettled on November 27 and is expected to remain mostly quiet through November 30.

While solar activity is ramping up as the Sun heads deeper into its new 11-year cycle (SC25), we are still experiencing solar minimum effects and increased cosmic radiation.