Solar activity has increased from low to moderate levels on Saturday and Sunday, May 22 and 23, 2021, with a series of C- and M-class solar flares produced by Active Region 2824. Multiple CMEs were produced during this period, with several having Earth-directed components. Consolidated WSA-ENLIL run shows arrival times beginning late Tuesday, May 25. A G2 – Moderate geomagnetic storm watch is in effect.

Multiple CME signatures were observed during these and other events and each was modeled and put into a consolidated WSA-ENLIL run showing arrival times beginning late on May 25, SWPC forecasters said.

Geomagnetic field activity is expected to reach G1 – Minor storm levels from May 25 to 27, with G2 – Moderate storming on May 26.

The greater than 2 MeV electron flux at geosynchronous orbit is expected to reach high levels from May 26 to 29 due to CME enhancements. 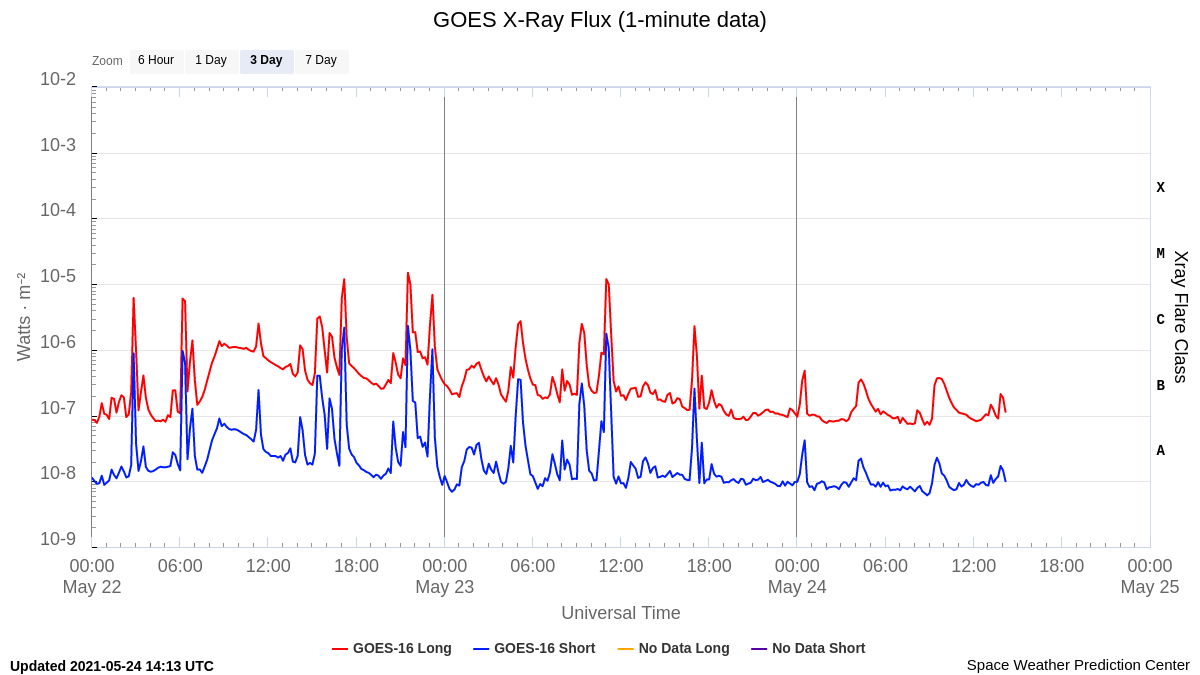 "Although individually these CMEs are small, as our Enlil model shows they have the potential to merge as they approach Earth," the UK's Met Office Space Weather Operations Centre (MOSWOC) forecasters said.

"This means Minor to Moderate (G1 – G2), possibly even Strong (G3), Geomagnetic Storms are possible late Tuesday, May 25 or Wednesday."

"By using slightly different starting conditions, this gives a probabilistic forecast with a range of likely arrival times and impacts."

Geomagnetic field activity ranged from quiet to G1 – Minor geomagnetic storm levels in 7 days to May 24.

The period began with nominal solar wind values in the 325 – 420 km/s range through early May 20. An isolated active period was observed early on May 18 due to possible weak CME influence from May 13. 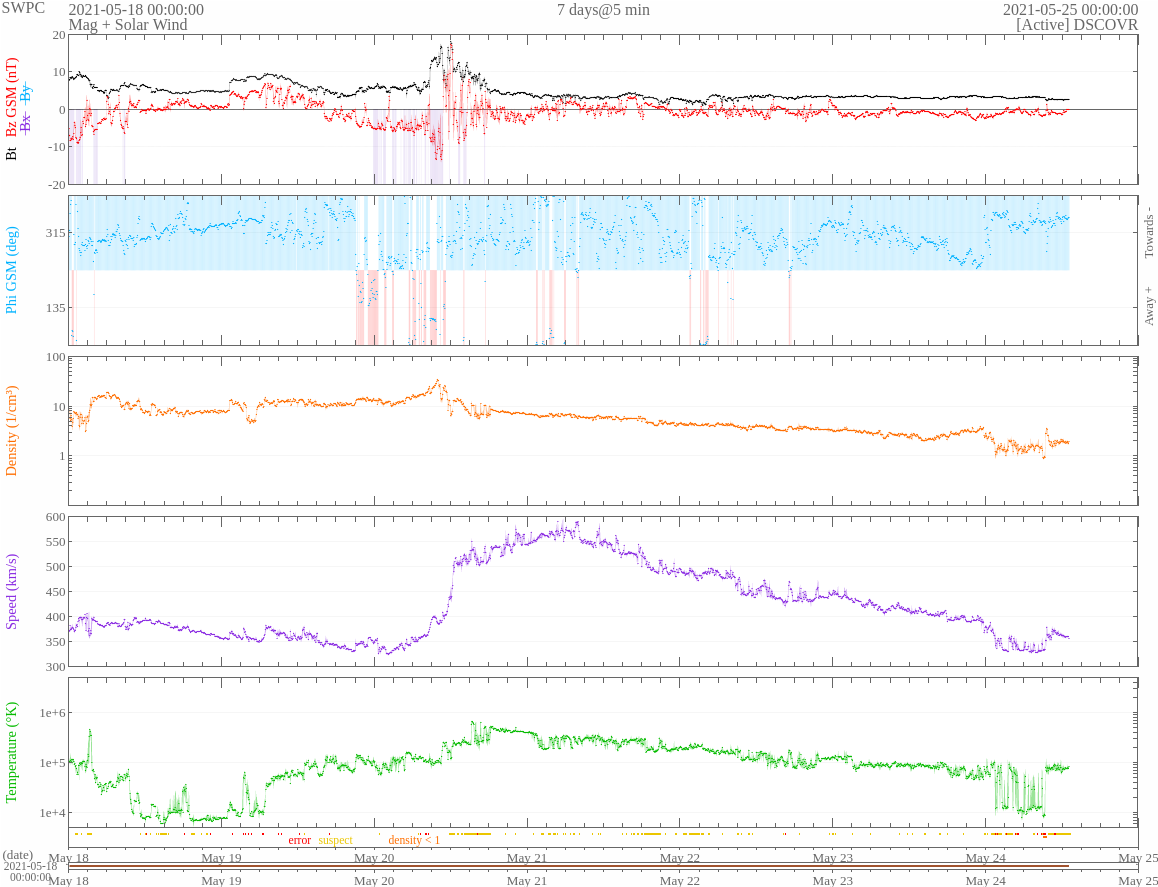 The geomagnetic field was quiet on May 17, quiet to active on May 18, and quiet to unsettled on May 19.

Beginning at 18:45 UTC on May 20, the total field increased to 19 nT while solar wind speed subsequently increased to near 575 km/s due to the onset of a negative polarity coronal hole high speed stream (CH HSS). Solar wind speed slowly decreased back to nominal levels by May 24. The geomagnetic field responded with quiet to G1 – Minor storm levels on May 20, quiet to unsettled on May 21, and quiet levels thereafter. 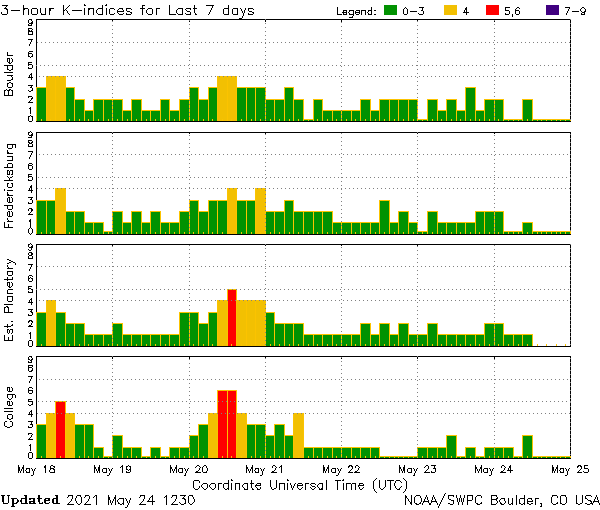 Interplanetary shock passage arrived at DSCOVER spacecraft (L1 point) at 11:48 UTC on May 26.

"Initial indications of the anticipated CMEs were visible in DSCOVR solar wind with an impulsive increase in solar wind at L1 from 300 km/s to 350 km/s at 11:48 UTC. Bt increased initially from 3 nt to 8 nt as well. We'll know more as additional data becomes available," SWPC forecasters said at 12:30 UTC.

Geomagnetic field conditions are likely to be at G1 – G2 (Minor – Moderate) storm levels late on May 26 as anticipated CME effects begin. G1 – Minor storming is likely to continue into early May 27 as lingering CME effects continue. Mostly unsettled conditions, with the chance of an early isolated active period, are expected May 28.