A Coronal Mass Ejection (CME) produced by a C4.3 flare at 06:16 UTC on October 27, 2020, was analyzed by the SWPC and determined to be a possible glancing blow on November 1.

The source of the flare was a large AR 2778 which produced multiple B- and C-class flares on October 27.

The region formed rapidly on October 25 and 26: 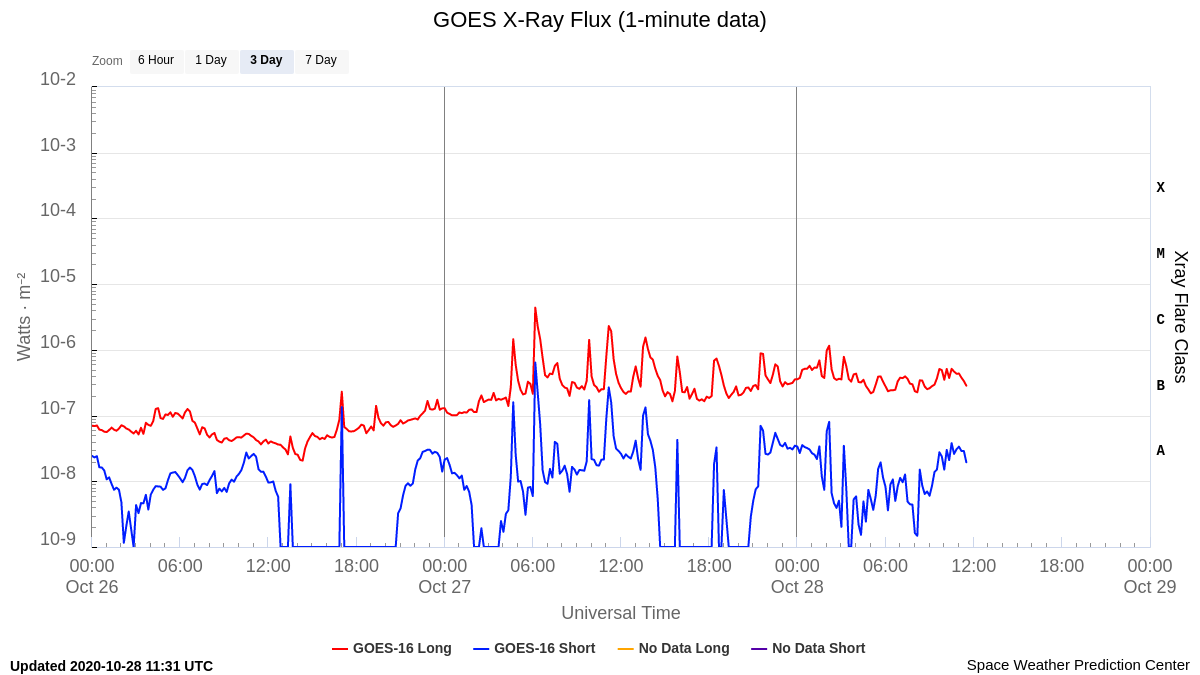 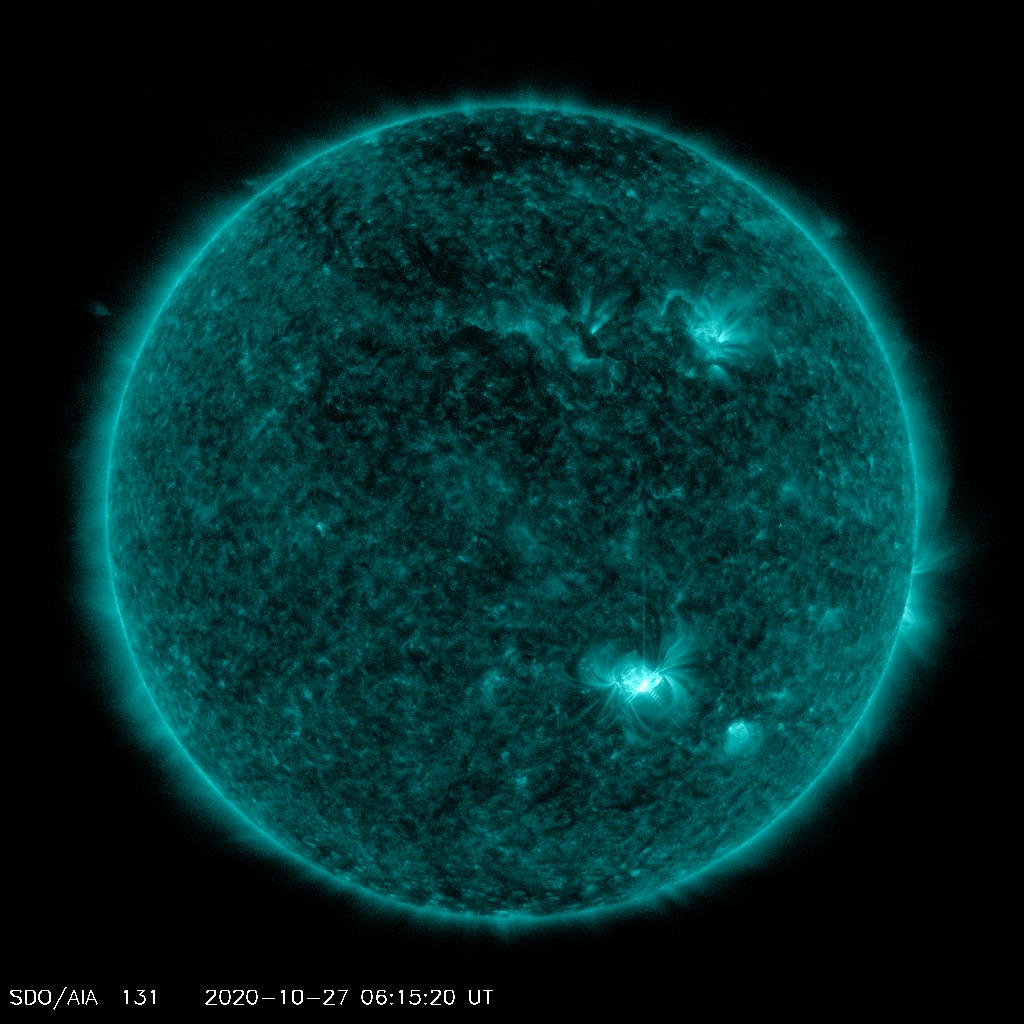 Over the next 3 days, October 28 – 30, solar activity is expected to be at very low levels, with a chance for C-class flares as Region 2778 continues to grow in size and magnetic complexity.

With the region moving out of geoeffective position, chances for Earth-directed flares will diminish in the days ahead. 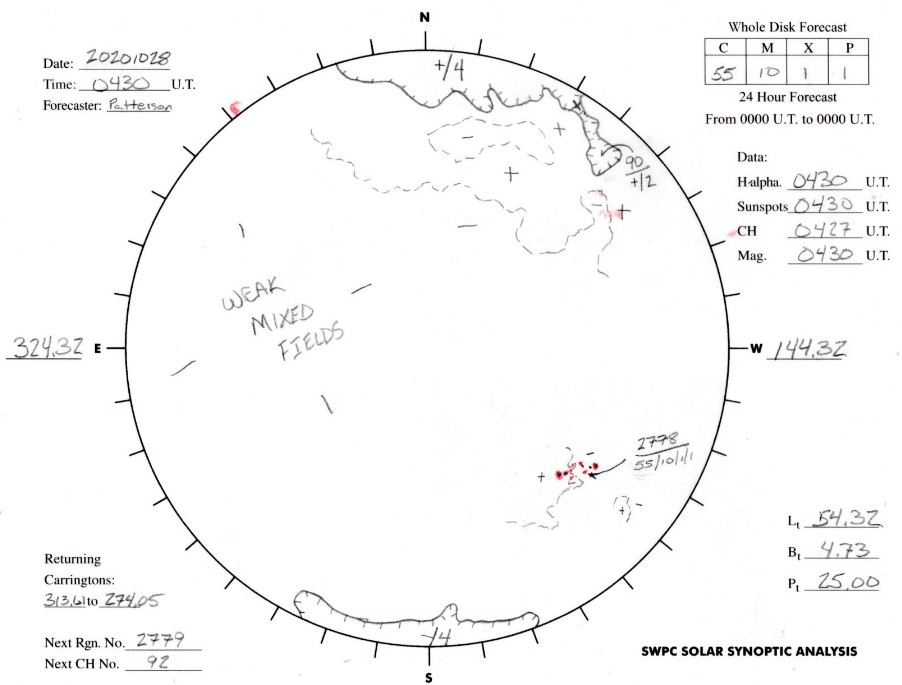 In 24 hours to 12:30 UTC on October 28, solar wind parameters continued to reflect the influence of a positive polarity CH HSS.

Solar wind speeds averaged near 500 km/s, total field strength was 5 nT or less, and the Bz component varied between +/- 3 nT.

Phi was predominately oriented in a positive solar sector through approximately 03:00 UTC today when it began oscillating between sectors.

A return to nominal conditions is expected on October 30.