Associated with this event were Type II (shock velocity of 750 km/s) and Type IV spectral radio signatures, indicating a coronal mass ejection was produced during the event. 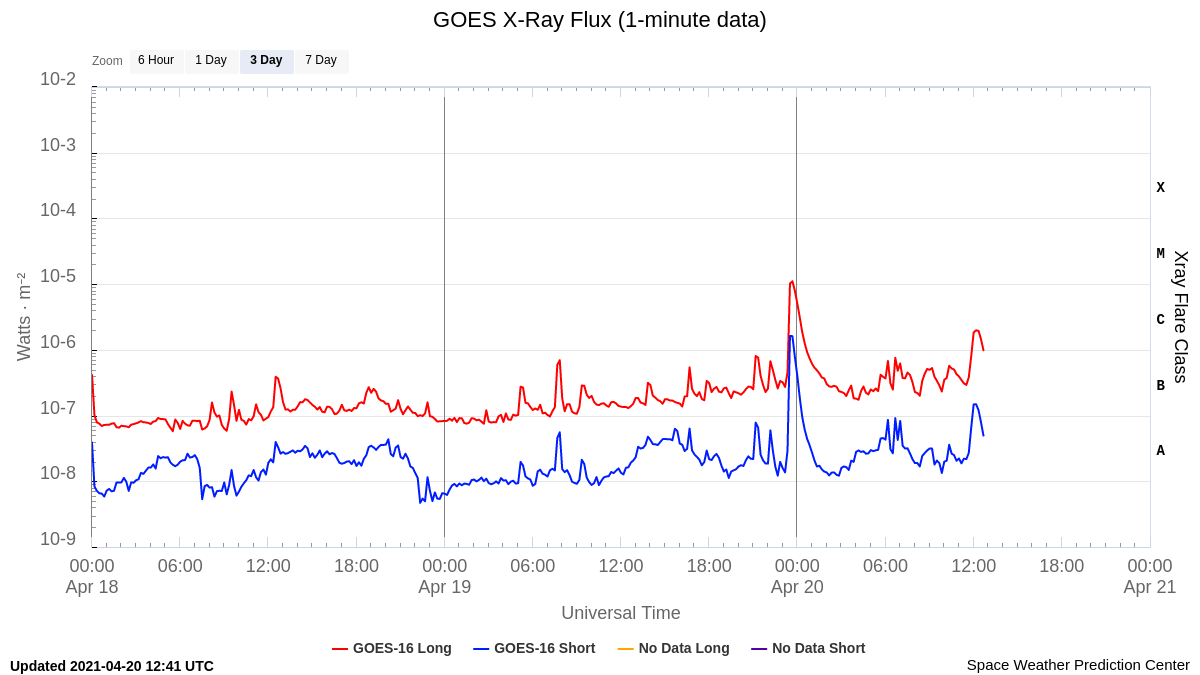 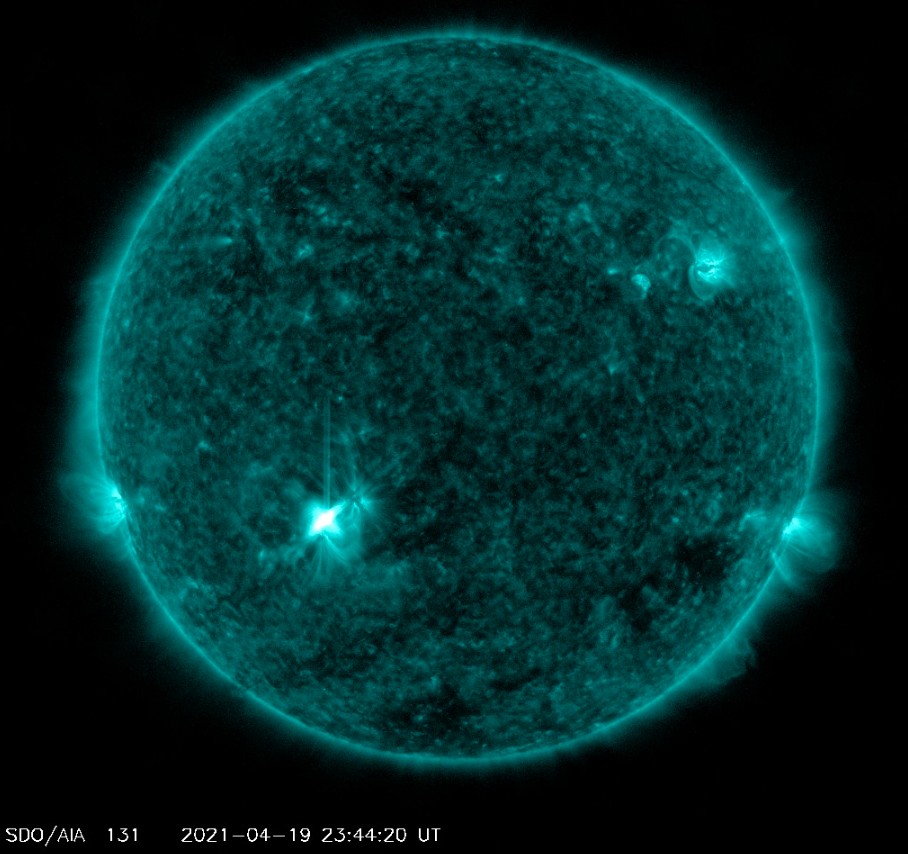 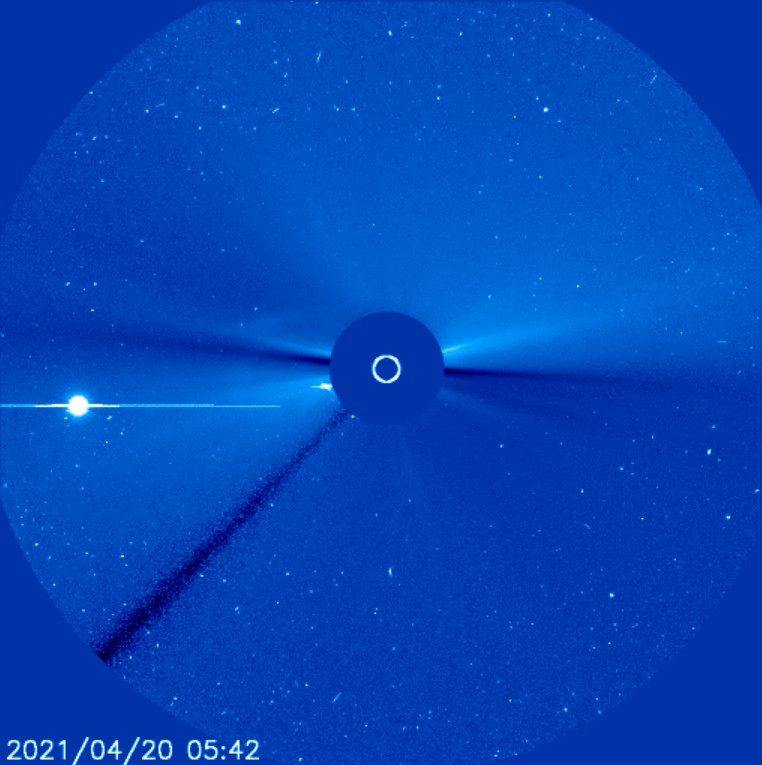 There are currently three named active regions on the Earth side of the Sun.

Region 2816 (beta) showed some evidence of growth yesterday before producing the M-class flare.

New Region 2818 (alpha) has just rotated onto the SE limb and was numbered this period. 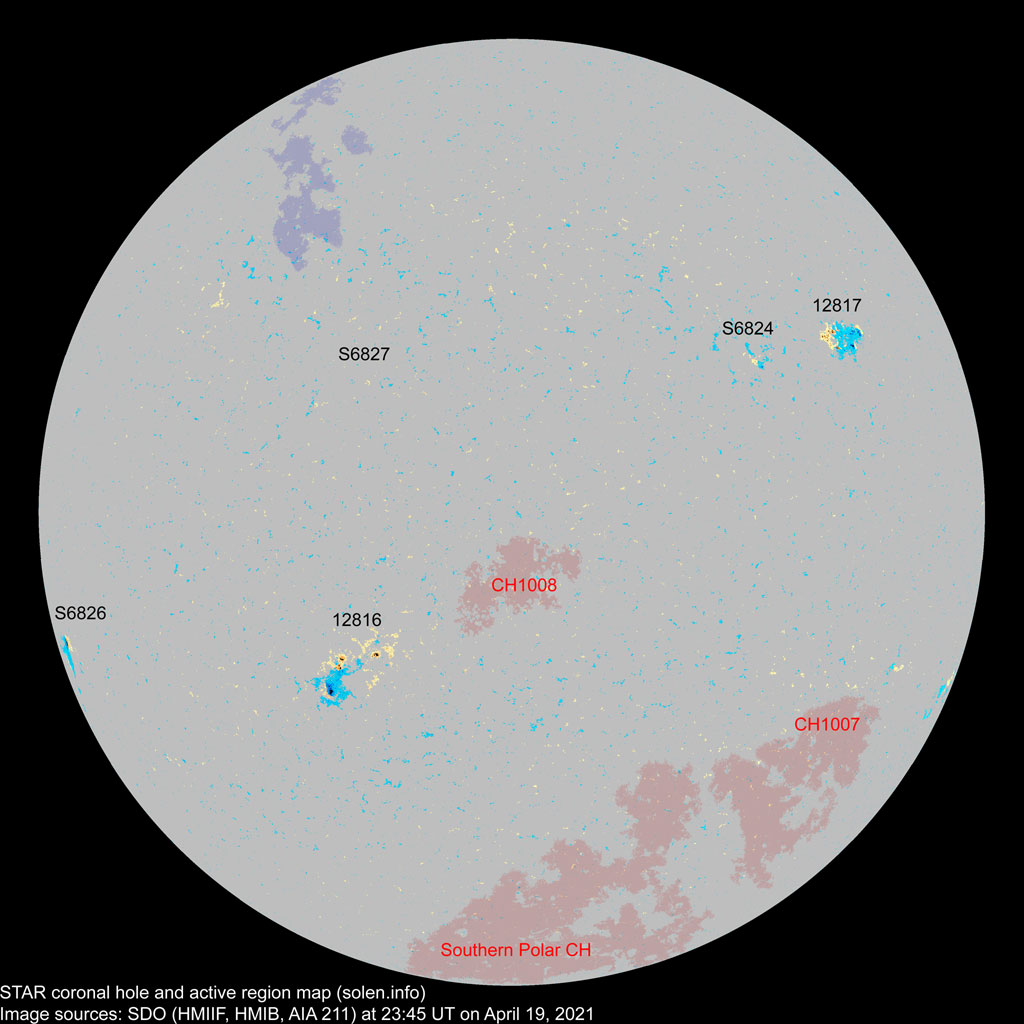 Solar activity is expected to be very low, with a chance for C-class and a slight chance for R1 – Minor flare activity through April 22.

The greater than 2 MeV electron flux reached high levels over the past 24 hours with a peak flux of 10 148 pfu observed at 15:45 UTC on April 19. The greater than 10 MeV proton flux was steady at background levels.

The solar wind environment was under the influence of a negative polarity coronal hole high speed stream (CH HSS) in 24 hours to 12:30 UTC on April 20. The total field strength peaked at 7 nT and Bz, while highly variable, was bound between +/- 6 nT. The solar wind was steady between 600 and 650 km/s, but briefly peaked closer to 675 km/s. Phi angle was predominantly negative. Solar wind parameters are expected to gradually decrease on April 20 as CH HSS influence abates.

The geomagnetic field was unsettled to active during the same period with continued negative polarity CH HSS activity. .

The geomagnetic field is expected to be unsettled to active the first half of April 20 due to continued, but waning, negative polarity CH HSS influence.

Thereafter, a return to mostly quiet conditions is anticipated.