A huge solar filament, located in the southeast quadrant and stretching across more than 500 000 km, collapsed around 14:30 UTC on June 4, 2014 and hit the solar surface causing a "Hyder flare" – a type of solar flare that occurs without the aid of sunspots.

Coronal Mass Ejection produced by this event does not appear to be Earth directed.

Other than that, solar activity was low during last 24 hours and is likely to remain low with a slight chance for an M-class flare (NOAA Scale R1-Minor) in next two days.

This giant filament filled with dark plasma rotated into Earth view on May 31, 2014. You can see it on this SDO AIA 304 image from June 3, 2014. Its collapse is visible on the video below. 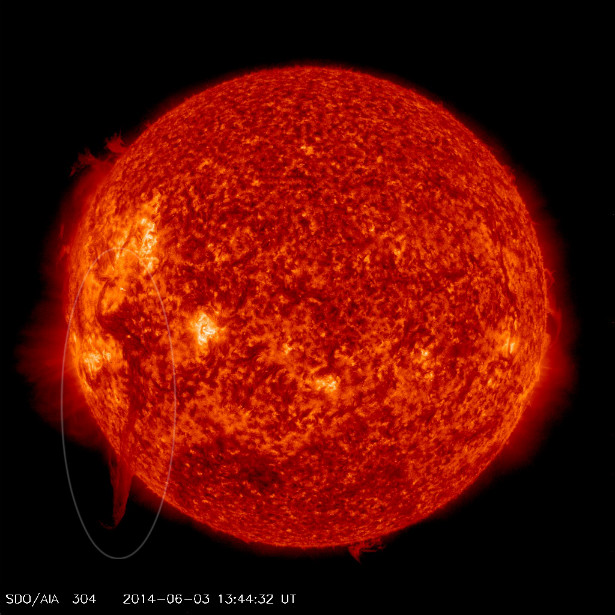 SWPC reports that the CME associated with this filament eruption was modeled and was determined to be too far south and east to be geoeffective.