Our planet itself will be on the other side of the Sun at the time of comet's closest approach, some 293 million km away, which comes as a disappointment for skywatchers around the world as we will definitely miss what could have been the spectacular show here on Earth.

However, SOHO's C3 coronagraph will track the comet as it passes behind the Sun from August 2 until August 16. When the time comes, visit this page for almost real time imagery of the Sun and the comet.

A well known UK astronomer Damian Peach, whom you might remember by his spectacular images of Comet ISON, took the following image of PanSTARRS K1 from his backyard observatory in Selsey, West Sussex, on May 31: 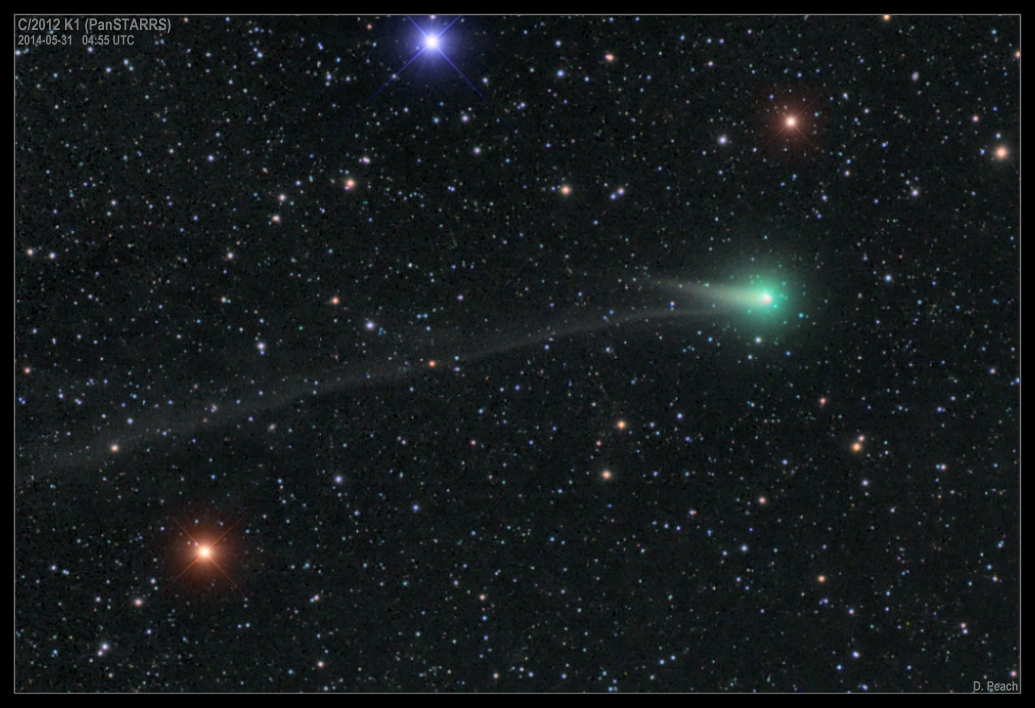 His picture highlights the comet's vivid green atmosphere or "coma". The verdant hue is a sign of diatomic carbon and cyanogen, two gases that grow green when illuminated by sunlight in the near-vacuum of space, SpaceWeather explained.

"The comet's long ion tail is still rather faint," notes Peach. To pull it out of the starry background required a 30 minute exposure with his 4-inch telescope. 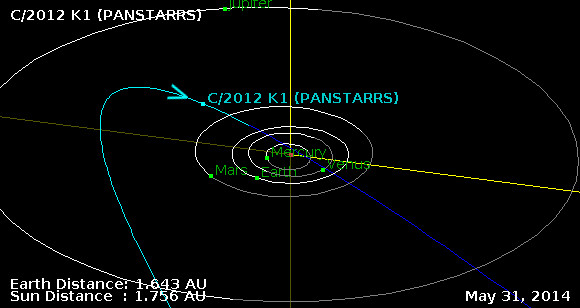 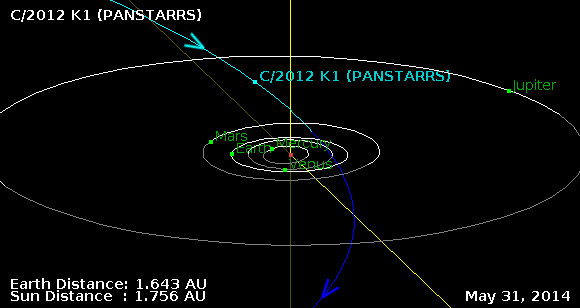 The comet started 2014 as northern hemisphere object and is currently moving through Ursa Major, shining about as brightly as an 8th magnitude star. This makes it an easy target for mid-sized backyard telescopes.

It will cross the celestial equator on September 15, 2014, becoming a southern hemisphere object, and should reach its peak magnitude of ~6 in mid-October 2014 when it will have an elongation of around 75 degrees from the Sun.