A major solar flare was detected behind Sun's northeast limb on September 1, 2014. STEREO Behind spacecraft, watching farside of the Sun, captured what is most likely an X-class solar flare starting at 11:05 UTC.

This major solar flare was associated with a Type II Radio Emission with velocity of 2 079 km/s, a significant radio bursts and solar proton storm.

A halo or partial-halo Coronal Mass Ejection (CME) produced by this eruption is not Earth directed. However, this region will soon appear on the Earth side of the Sun and if it keeps its present state of activity we can expect CME impacts very soon.

More strong solar flares were observed off the east limb after the 11:05 UTC event but since no spacecraft watching the farside of the Sun can precisely classify the actual strength of farsided flares it is only assumed that they are of the X or near X class strength. The assumption is based on the appearance at UV wavelengths and solar radiation storms.

Additionally, in latest Forecast discussion issued at 12:30 UTC today SWPC noted that a nearly 38 degree long filament appeared to be beginning to lift off from the corona. However, at the time it had not erupted nor lifted off. 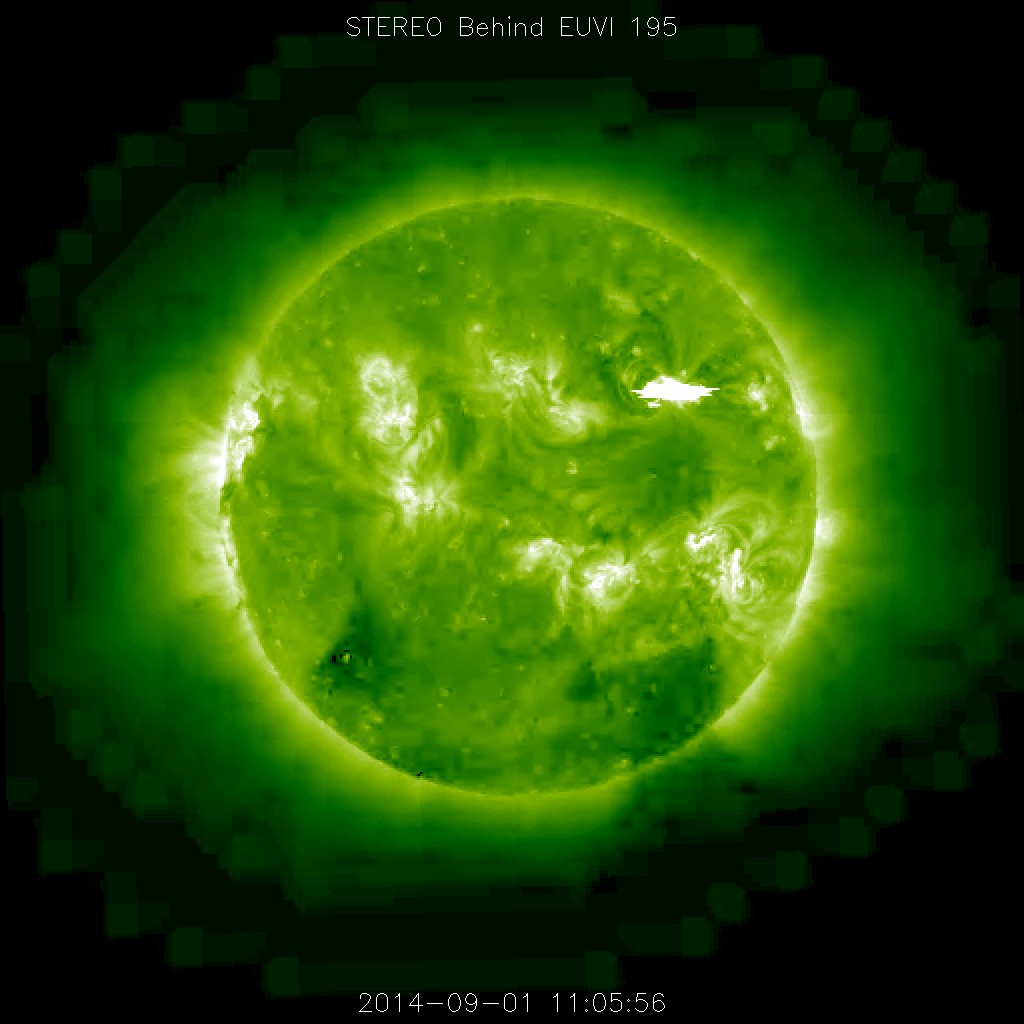 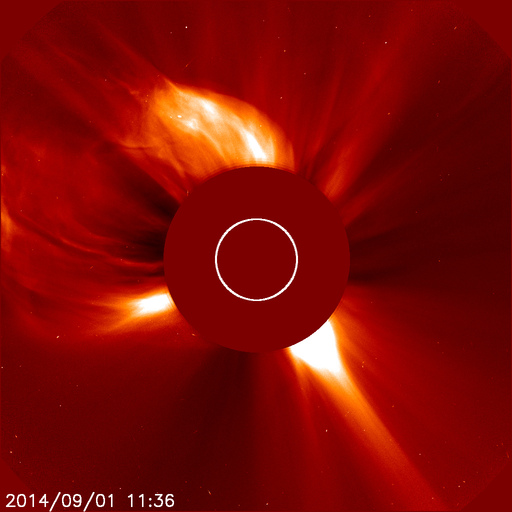 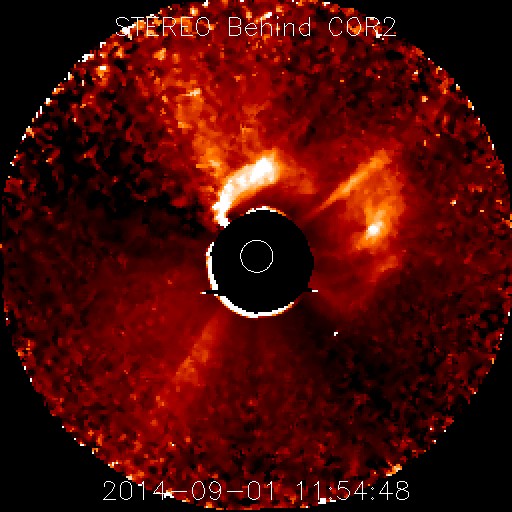 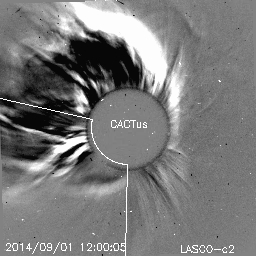 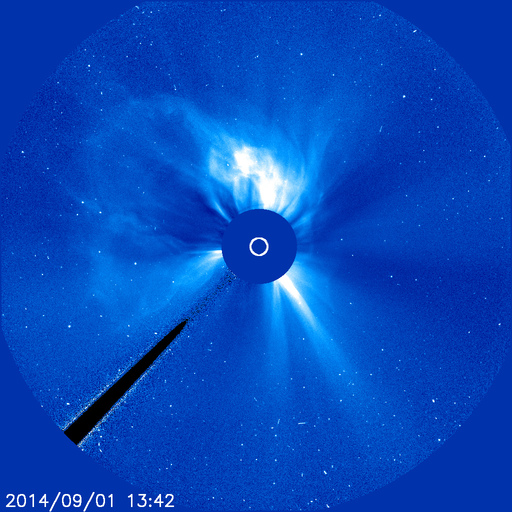 Video courtesy of SolarHam using images from STEREO Behind EUVI 195

The greater than 2 MeV electron flux was at normal to high levels during last 24 hours, reaching a peak flux value of 3504 pfu at 15:15 UTC on September 1.  The greater than 10 MeV proton flux was slightly elevated due to the large, non-Earth sided event, but remained below alert threshold levels.

A similar event to that from 11:05 UTC on September 1, although much less intensive, was first registered on SOHO/Lasco C2 imagery around 16:00 UTC: 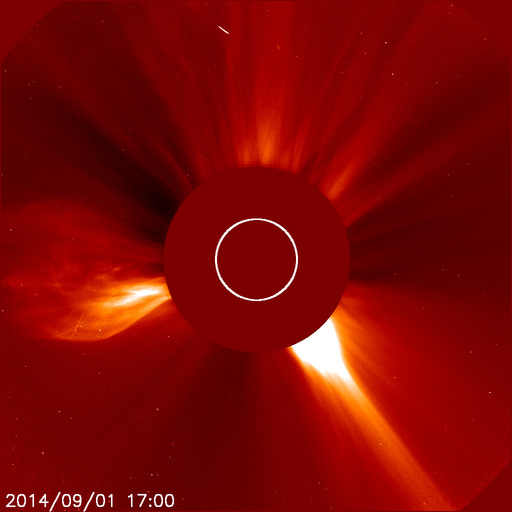 Another major eruption was observed just after 22:00 UTC yesterday and was associated with a Type IV Radio Emission: 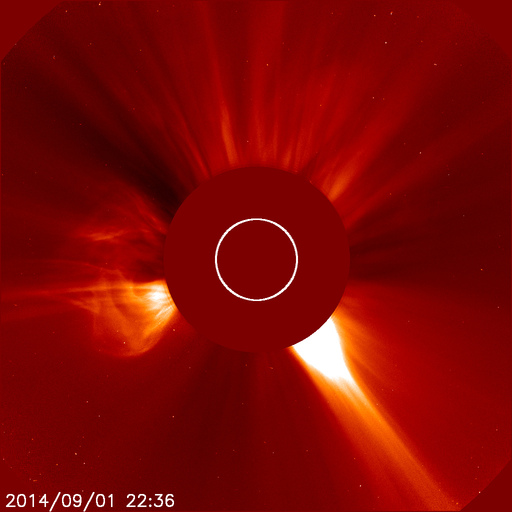 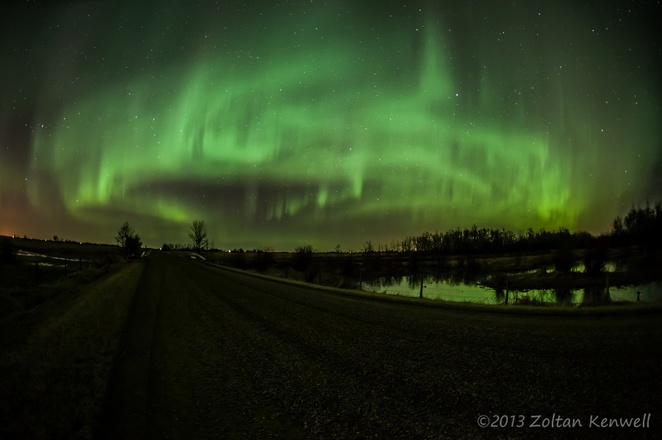 Exciting solar related events are ahead of us, it is a good time to prepare and wait for Earth directed CMEs. If they do arrive and you happen to capture their visual effects on Earth it'd be great if you could share them with us.