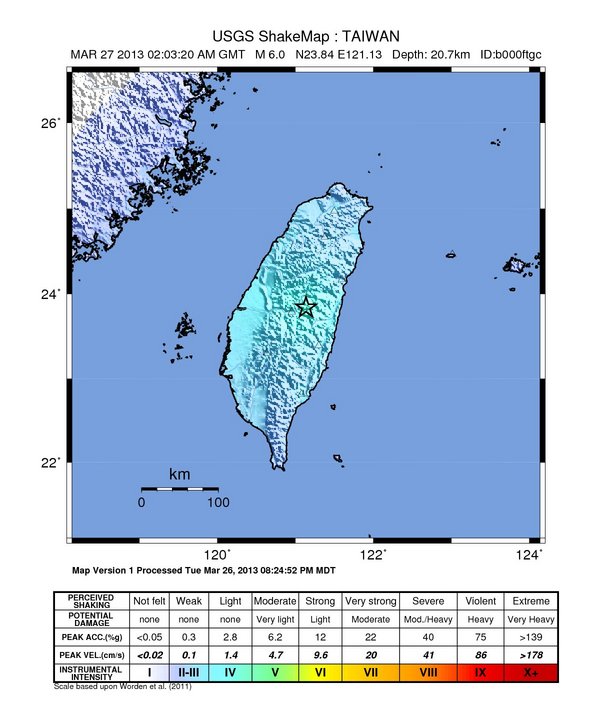 7010000 people within 100km of earthquake’s epicenter. GDACS reported this earthquake can have a low humanitarian impact based on the Magnitude and the affected population and their vulnerability.

Update 13:09 UTC: Reports say at least 86 people were injured, including 37 students who got injured while rushing out of the school.

Update: 11:40 UTC: Toll of injured people increased to 44. Earthquake is being reported to have caused considerable damage to buildings and houses, some roads have also blocked.

Update 10:30 UTC: So far reports of 1 death and 19 injuries have been received. Several trains were canceled for inspection.

The earthquake waves propagated in North-western direction toward China, because of which people in China may have felt this earthquake stronger than the capital Taipei.