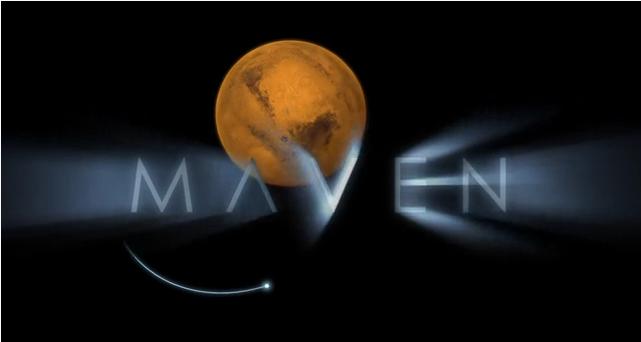 Could Mars have supported life? Many scientists think that long ago it had a denser atmosphere, cloudy skies that supported liquid water flowing over the surface. They propose the red planet lost its atmosphere due to sputtering as it eroded by interactions with solar wind in absence of protective magnetosphere like the one Earth has. In order to investigate such possibility, NASA MAVEN (Mars Atmosphere and Volatile Evolution spacecraft) is set to launch late 2013. The trip to Mars takes 10 months, and MAVEN will go into orbit around the planet in September 2014.

First of its kind, this mission will take measurements of the upper Martian atmosphere and will eventually help scientists find out how Martian atmosphere evolved. MAVEN principal investigator Bruce Jakosky from University of Colorado at Boulder’s Laboratory for Atmospheric and Space Physics (CU/LASP) said,

“The MAVEN magnetometer is key to unraveling the nature of the interactions between the solar wind and the planet.”

Hence scientists at NASA’s Goddard Space Flight Center built a sensitive magnetic-field instrument, which will be integrated with MAVEN to observe the planet's magnetic field. It is built with a series of coils containing a magnetic ring wrapped around a metal core. This magnetometer will measure planet's magnetic field and help scientists create a bigger picture of the planet’s overall atmosphere. In the following NASAexplorer video, mission co-investigator Jack Connerney and Jared Espley, space scientist  at Planetary Magnetospheres Lab explain why and how MAVEN will use the magnetometer:

“A magnetometer is like an electronic compass. But we measure the strength, as well as the direction, of the magnetic field.” 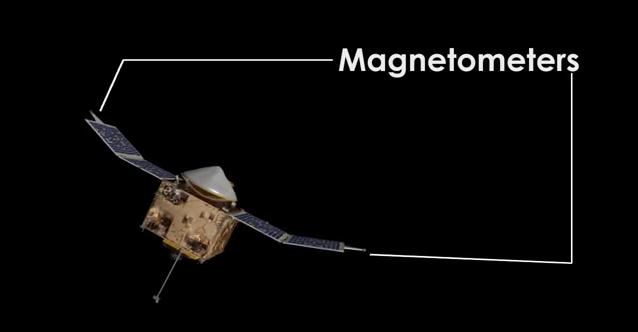 Position of magnetometers on the MAVEN spacecraft. Credits: NASAexplorer

The magnetometer is a very sensitive instrument, so engineers have to work to ensure the instrument doesn’t accidentally measure the spacecraft’s magnetic field instead of the one the planet produces. Jakosky said,

“We have to go to great extremes to be sure that we have minimized any magnetic fields from the spacecraft. We are working hard to build a very ‘magnetically clean’ spacecraft that will meet our needs with regard to the magnetometer.”

Mars doesn't have global magnetic field like Earth which surrounds the whole planet. Instead, there are patches of magnetic field which protect certain parts of the planet and leave rest vulnerable to the solar wrath. Connery further said,

"The magnetometer helps us see where the atmosphere is protected by mini-magnetospheres and where it’s open to solar wind. We can study the solar wind impact and how efficient it is at stripping the atmosphere."

As per the plan, the spacecraft will go into orbit and pass closely over the planet’s surface before moving further away to study solar wind beyond the planet’s influence. The magnetometer is one of six instruments that make up the Particles and Fields Package, being assembled by team members at the University of California, Berkeley. It works with the other instruments from this package to gather data throughout the course of the projected yearlong orbit around the planet.