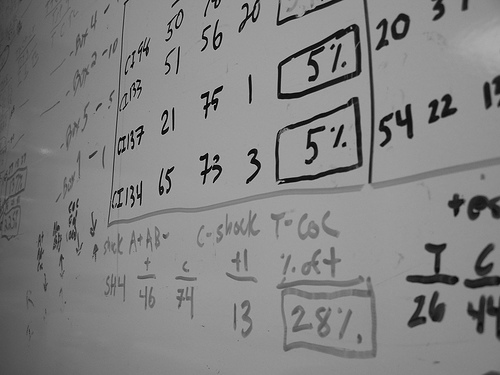 In a major advancement in quantum computing, for the first time researchers successfully demonstrated a quantum algorithm that performs a true calculation. Quantum circuit built for this demonstration didn’t require knowing answer in advance, hence did a true calculation.

Algorithm implemented was phase estimation algorithm – a central quantum algorithm which achieves an exponential speed-up over all classical algorithms. An intrinsic algorithm in quantum computing, it happens to be a major subroutine of many other algorithms.

This demonstration was one step ahead of previous demonstrations where experiments were conducted to reach already known solutions. Dr Xiao-Qi Zhou, who led the project, explains,

“Before our experiment, there had been several demonstrations of quantum algorithms, however, none of them implemented the quantum algorithm without knowing the answer in advance.  This is because in the previous demonstrations the quantum circuits were simplified to make it more experimentally feasible. However, this simplification of circuits required knowledge of the answer in advance.”

The quantum circuit built by the team calculated the answer using phase estimation algorithm without needing an answer in advance, which scientists are calling “true calculation for the first time”. Dr. Zhou continues,

According to Professor Jeremy O’Brien, director of the Centre for Quantum Photonics at the University of Bristol, implementing a full quantum algorithm without knowing the answer in advance is an important step towards practical quantum computing.  It paves the way for important applications, including quantum simulations and quantum metrology in the near term, and factoring in the long term.

Recently, researchers from University of Innsbruck had found a way to transport quantum information at speed of light through optical fibers, which is essential to build interface for quantum internet.

Calculating unknown eigenvalues with a quantum algorithm’ by Xiao-Qi Zhou, Pruet Kalasuwan, Timothy C. Ralph and Jeremy L. O’Brien was published in Nature Photonics. Research team comprised scientists from the University of Bristol, UK and the University of Queensland, Australia.