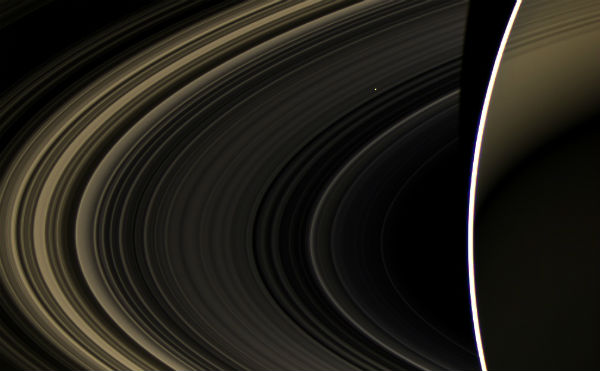 The international Cassini spacecraft took amazing images of Venus shining through Saturn’s rings. Venus and Saturn are about 1,321,200,000 km (820,955,619 miles or 8.83 astronomical units) apart on average. Venus is brighter in Saturn’s skies than Earth is, however, because Venus is covered in thick sulfuric acid clouds, it makes it very bright.

Venus is, along with Mercury, Earth and Mars, one of the rocky terrestrial planets of the inner Solar System. It has a similar size, mass and rocky composition to Earth. Under a thick, choking atmosphere of carbon dioxide and sulphuric dioxide clouds the surface pressure is nearly 100 times greater than on Earth, with surface temperature reaching 500ºC – the hottest planetary surface in the Solar System. Venus’ permanent sulphur clouds reflect plentiful sunlight, making it shine brightly in the night sky, even from a distant viewpoint in the outer Solar System. 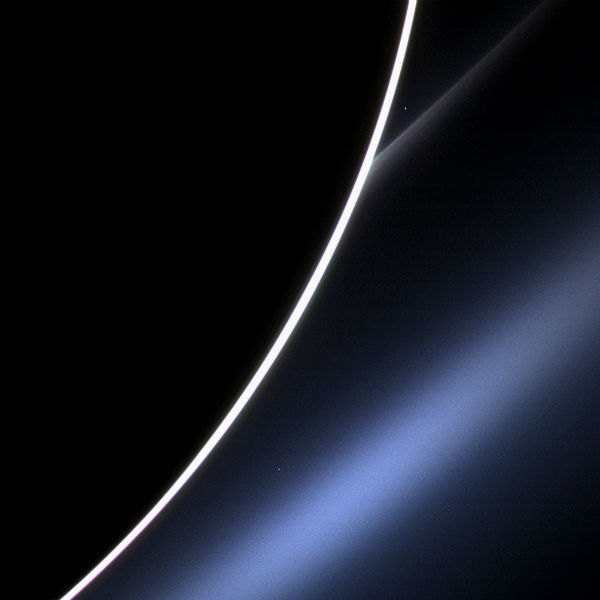 This view looks toward the unilluminated side of the rings from about 21 degrees below the ring plane.
Images taken using red, green and blue spectral filters were combined to create this natural color view. The images were obtained with the Cassini spacecraft wide-angle camera on Jan. 4, 2013, at a distance of approximately 371,000 miles (597,000 kilometers) from Saturn. Image scale is 20 miles (32 kilometers) per pixel. (Credit: NASA/JPL-Caltech/Space Science Institute)

Last November Cassini was placed in the shadow of Saturn. This allowed Cassini to look in the direction of the Sun and take a backlit image of the planet and its rings.

The Cassini–Huygens mission is a cooperative project of NASA, ESA and ASI, the Italian space agency. NASA’s Jet Propulsion Laboratory, a division of the California Institute of Technology in Pasadena, manages the mission for NASA’s Science Mission Directorate, Washington. 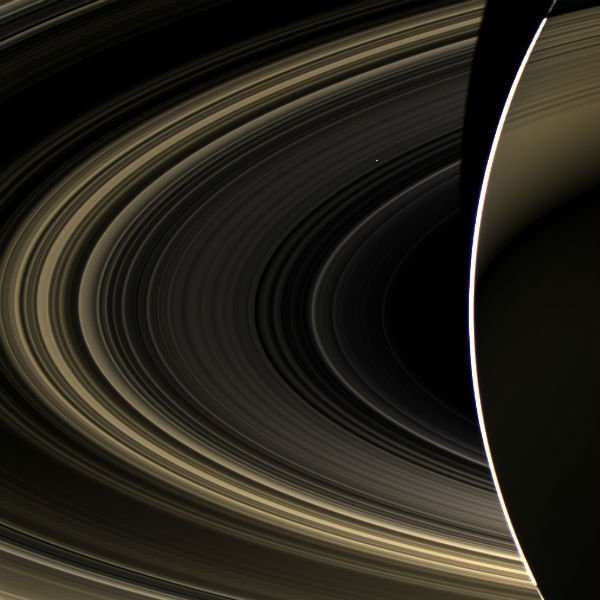 The bright arc is the limb of Saturn. A portion of the rings is seen in silhouette against the face of Saturn, which itself is faintly illuminated by sunlight scattered off the rings. The view was obtained at a distance of approximately 498,000 miles (802,000 kilometers) from Saturn and at a sun-Saturn-spacecraft, or phase, angle of 178 degrees. Image scale is 28 miles (44 kilometers) per pixel. (Credit: NASA/JPL-Caltech/Space Science Institute)

See more about these images at the CICLOPS (Cassini Imaging Central Laboratory for Operations) website.