Darwin VAAC has spotted an ash plume rising to altitude of 13 km from Indonesian Paluweh (Rokatenda) volcano on February 2, 2013. The likely cause is either a major dome collapse triggering a large pyroclastic flow or a vulcanian explosion of the lava dome, Volcano Discovery reports.

According to the first local press articles, an explosion has occurred last night at 23:36 local time. People from the north coast of Flores (17 km distance to the south) reported having heard rumbling and detonation sounds and seen incandescent lava ejections. A cloud of ash drifted over Flores and deposited about half a millimeter of fine ash in areas of the north coast. People were advised to stay home and wear dust masks.

No reports were found about the situation on Paluweh Island itself. Ash plume was extending 175 nautical miles to the south on February 2nd.

The aviation alert level of the volcano was raised to Red. 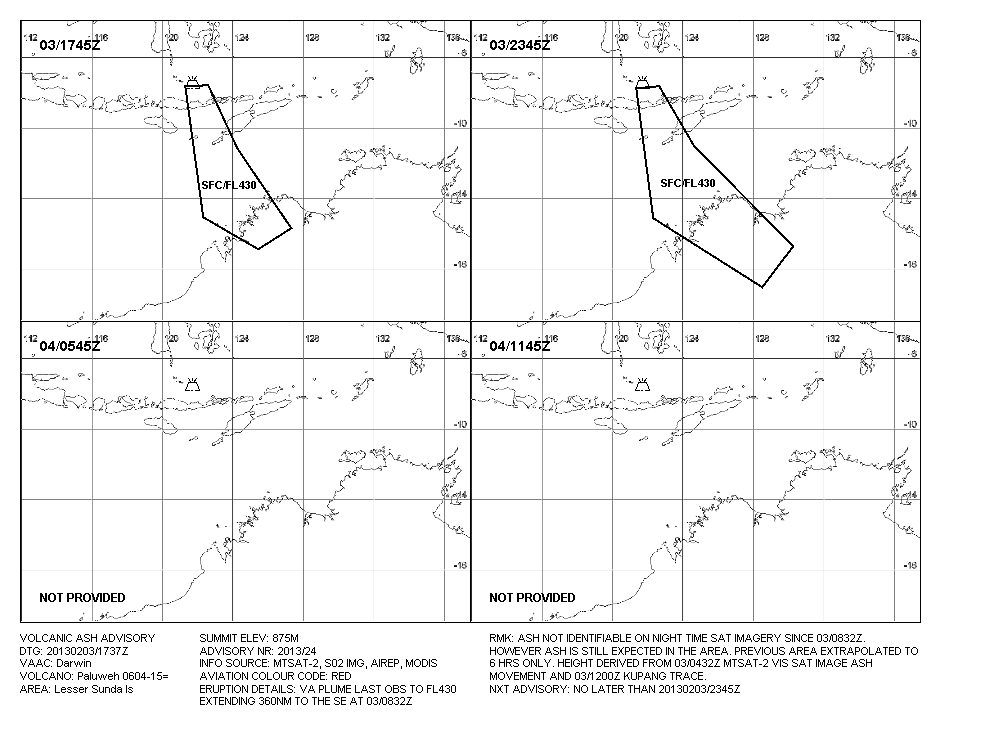 Paluweh volcano, also known as Rokatenda, forms the 8-km-wide island of Paluweh north of the volcanic arc that cuts across Flores Island. Although the volcano rises about 3000 m above the sea floor, its summit reaches only 875 m above sea level. The broad irregular summit region contains overlapping craters up to 900 m wide and several lava domes. Several flank vents occur along a NW-trending fissure. The largest historical eruption of Paluweh occurred in 1928, when a strong explosive eruption was accompanied by landslide-induced tsunamis and lava dome emplacement. (GVP)