Dust off West Africa coast from Western Sahara to Guinea Bissau and over Niger, Chad and Nigeria

Dust from the Sahara Desert blows westward, off the coast of West Africa, including the countries of Western Sahara, Mauritania, Senegal, the Gambia and Guinea Bissau. 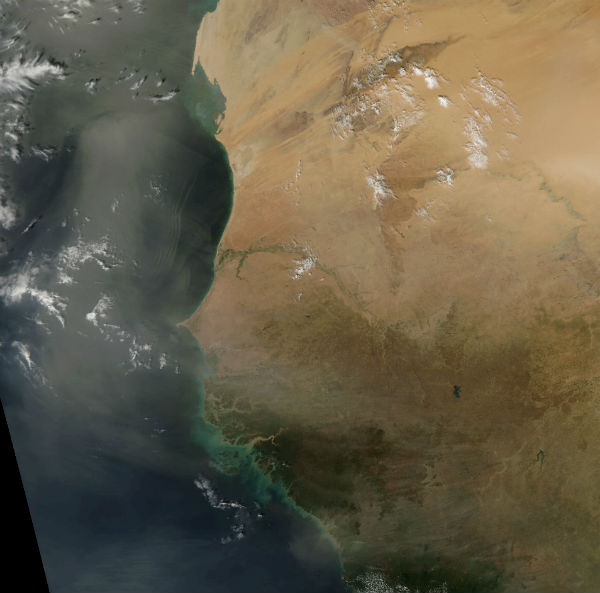 Dust seen off the coast of West Africa on February 1, 2013. Partially visible through the dust are bodies of water such as the Bay of Arguin (above, in Mauritania) and the mouth of the Geba River (below, in Guinea Bissau). (Credit: LANCE/MODIS)

Dust from the Sahara Desert also veiled the skies over Chad, Niger and Nigeria. The dust is less thick in Chad and by Lake Chad, where the three countries share borders. The dust also clears in northern Niger, above the Aïr Mountains. 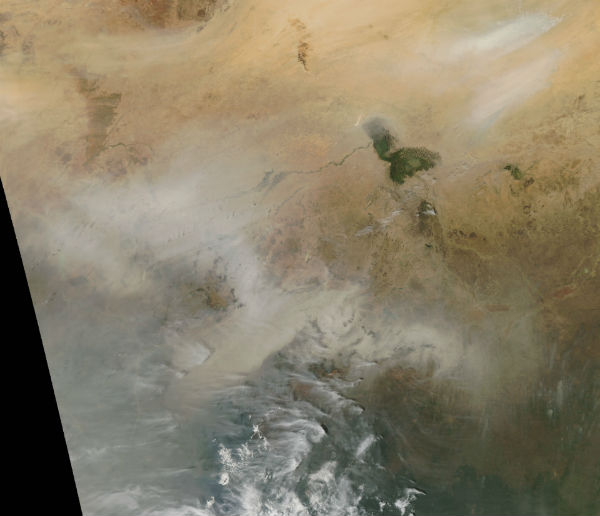 Dust over Lake Chad and the Aïr Mountains on February 1, 2013 (Credit: LANCE/MODIS)