Strong earthquake, initially registered as M 6.0, but later revised to M 5.6 hit South Khorasan Province in eastern Iran  at 17:08 UTC on December 5, 2012. The epicenter was located 18 km E of Khoshk, 22 km W of Zahan, The epicenter was at depth of 5.4 km according to USGS and 10 km according to EMSC.  USGS and EMSC recorded same magnitude while IIEES recorded M 5.4 at depth of 14,1 km. There are still no report of damage or injuries at the  moment. 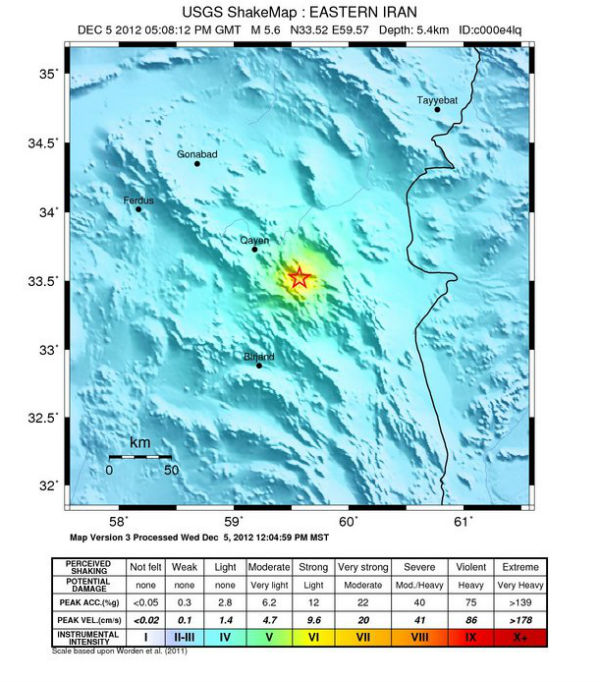 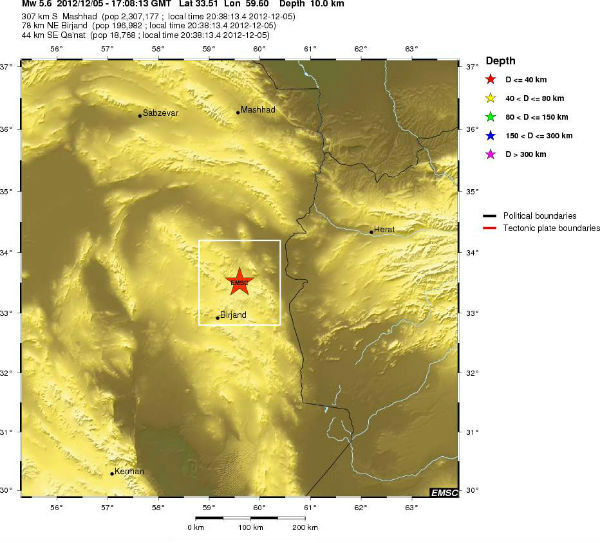 
The epicenter was located between three active faults - 40 km from Abriz fault, 42 km from Nozad fault and 54 km from Ferdows fault.