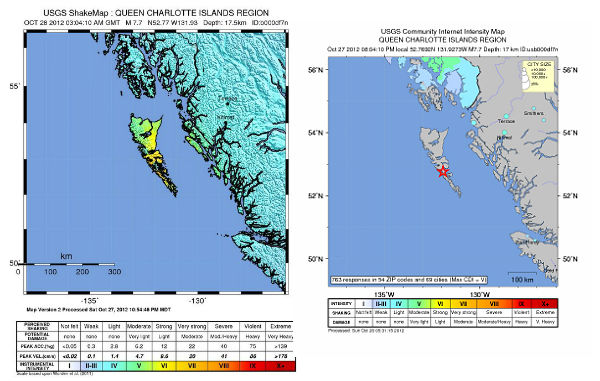 EMSC is also reporting magnitude 7.7 earthquake with depth of 17 km.

GDACS reported that this earthquake is expected to have a medium humanitarian impact based on the magnitude and the affected population and their vulnerability. About 200 people are living within 100 km radius.

A small tsunami has been recorded on a deep ocean pressure sensor. 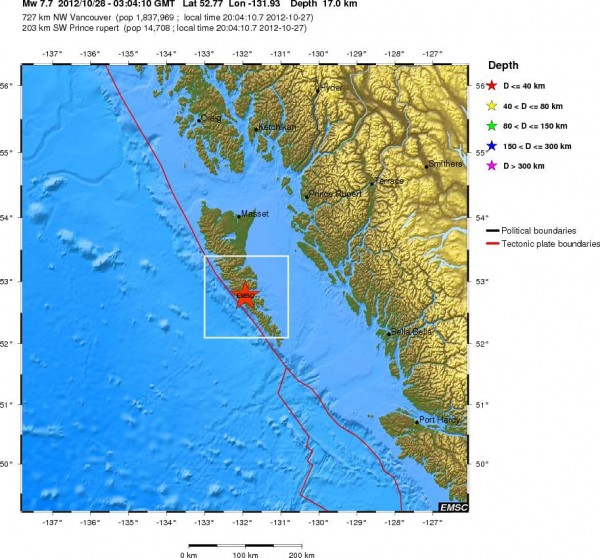 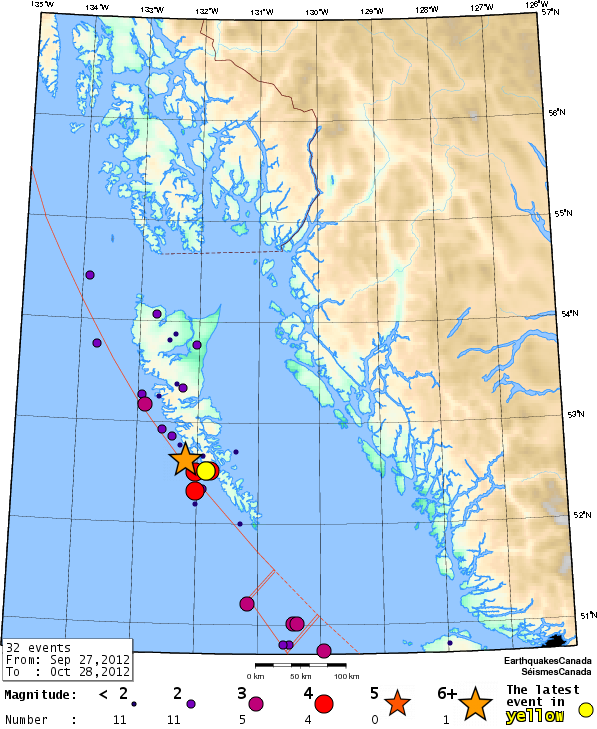 Emergency Management BC and West Coast and Alaska Tsunami Warning Center issued TSUNAMI WARNING for the coastal areas of British Columbia and Alaska from the north tip of Vancouver Island, BC to Cape Decision, Alaska, located 85 miles SE of Sitka. People in low-lying coastal areas should be alert to instructions from their local emergency officials.

2012-10-28 07:54 UTC
THE ADVISORY IS CANCELLED FOR SE ALASKA AND CONTINUES FOR BRITISH COLUMBIA SOUTHERN OREGON AND NORTHERN CALIFORNIA.

MILES NW OF SAN FRANCISCO/ TO THE OREGON-CALIFORNIA BORDER…

THE TSUNAMI THREAT HAS DIMINISHED FOR ALASKA/ BRITISH COLUMBIA/WASHINGTON/ OREGON OR CALIFORNIA. HOWEVER… SOME AREAS MAY EXPERIENCE NON-DAMAGING SEA LEVEL CHANGES. AS LOCAL CONDITIONS CAN CAUSE A WIDE VARIATION IN TSUNAMI WAVE ACTION THE ALL CLEAR DETERMINATIONS MUST BE MADE BY LOCAL AUTHORITIES. 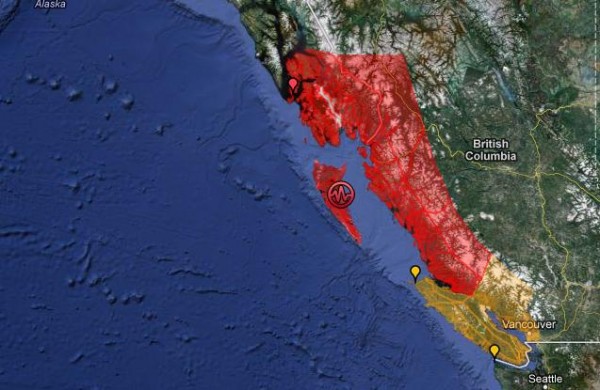 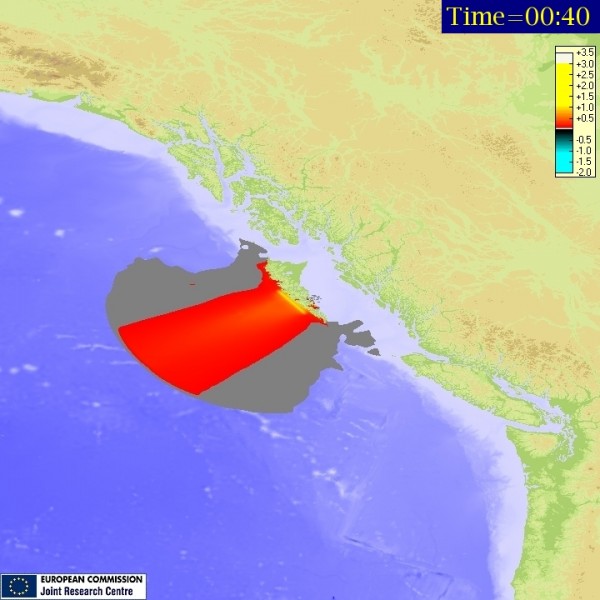 The U.S. Coast Guard in Alaska said it was trying to warn everyone with a boat on the water to prepare for a potential tsunami.

Natural Resources Canada said in a statement that a major earthquake was felt across much of north and central British Columbia but that there were no immediate reports of damage.

This earthquake is expected to have a medium humanitarian impact based on the magnitude and the affected population and their vulnerability. 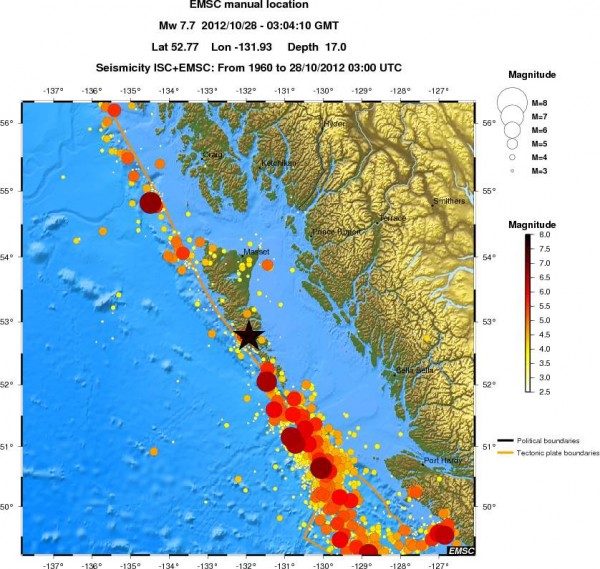 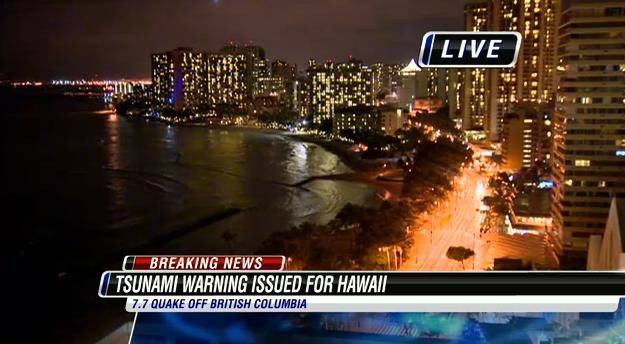