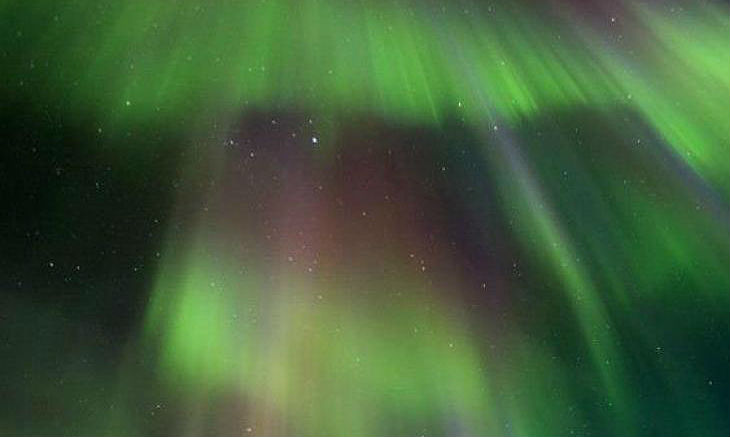 Geomagnetic field activity is expected to be at quiet to unsettled levels  with a chance for active levels on September 6 due to possible weak coronal hole high-speed stream effects. 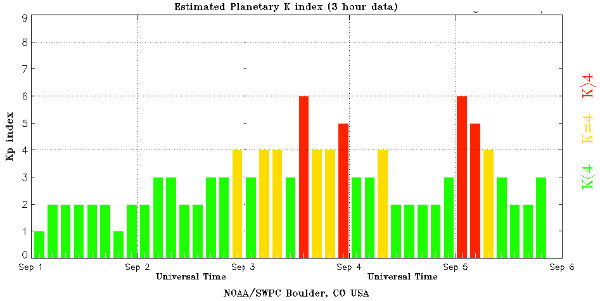 Region 1564 produced occasional C-class flares during last 24 hours but with no significant radio emission. Region 1564 showed gradual spot and penumbral decay during the period, but retained a beta-gamma configuration due to polarity mixing in the vicinity of its intermediate spots.

Region 1560 showed minor spot loss in its trailer portion during the period. It retained a delta within its intermediate spots, but the delta appeared to be dissipating. The remaining spotted region were unremarkable. No new regions were numbered. No Earth-directed CME activity occurred during the period. 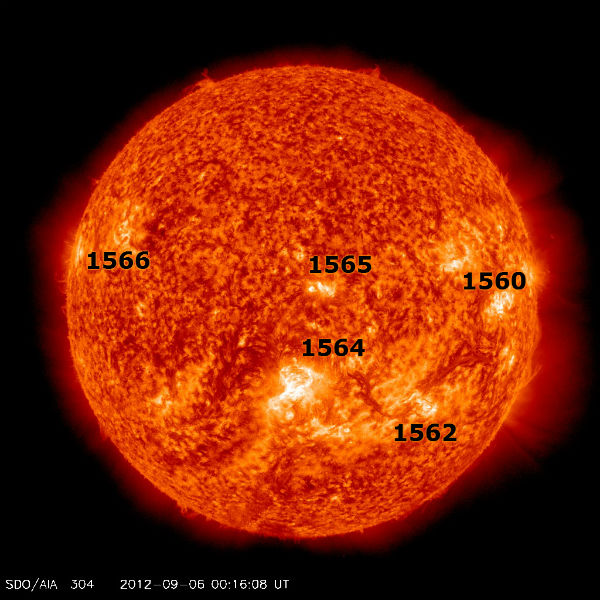 More C-flares can be expected in the coming days, with a chance for an M-flare from this region. NOAA/SWPC estimates 25 % chances of M-class solar flares. 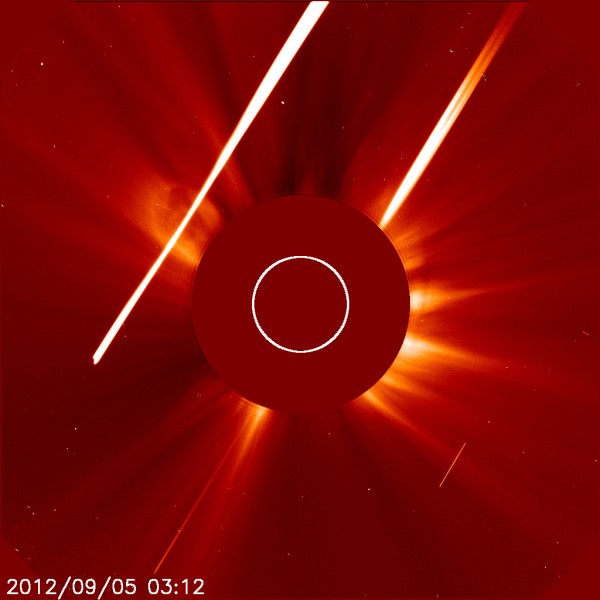