The European Environment Agency (EEA) has published a series of detailed interactive maps of more than 500 cities across Europe, unveiling risks of adaptation to climate changes  for six decades from now on the basis of likely global warming trends.

The recently published EEA report 'Urban adaptation to climate change in Europe' provides an overview of frequency and intensity of river floods and extreme temperature events in many parts of Europe. The interactive maps allow users to explore data from more than 500 cities in Europe and get a quick impression of some of the adaptation challenges in Europe’s cities. 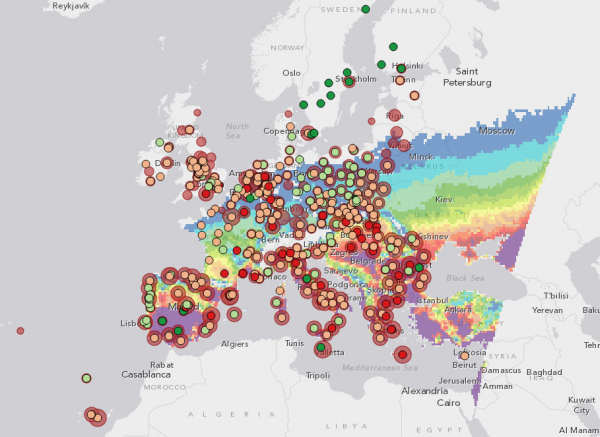 Southern Spain, parts of southern France, Italy, Greece, Serbia and western Turkey are most exposed. These regions are likely to notch up more than 50 days in the year when day temperatures will be greater than 35 degrees Celsius (95 degrees Fahrenheit) and nighttime temperatures will not dip below 20 C (68 F). The northern rim of continental Europe, the British Isles, Scandinavia and the southern Baltic will have the least heatwave risk, according to the model, which looks at 2071-2100.

Maps included in the report are available on the interactive Eye on Earth information service.