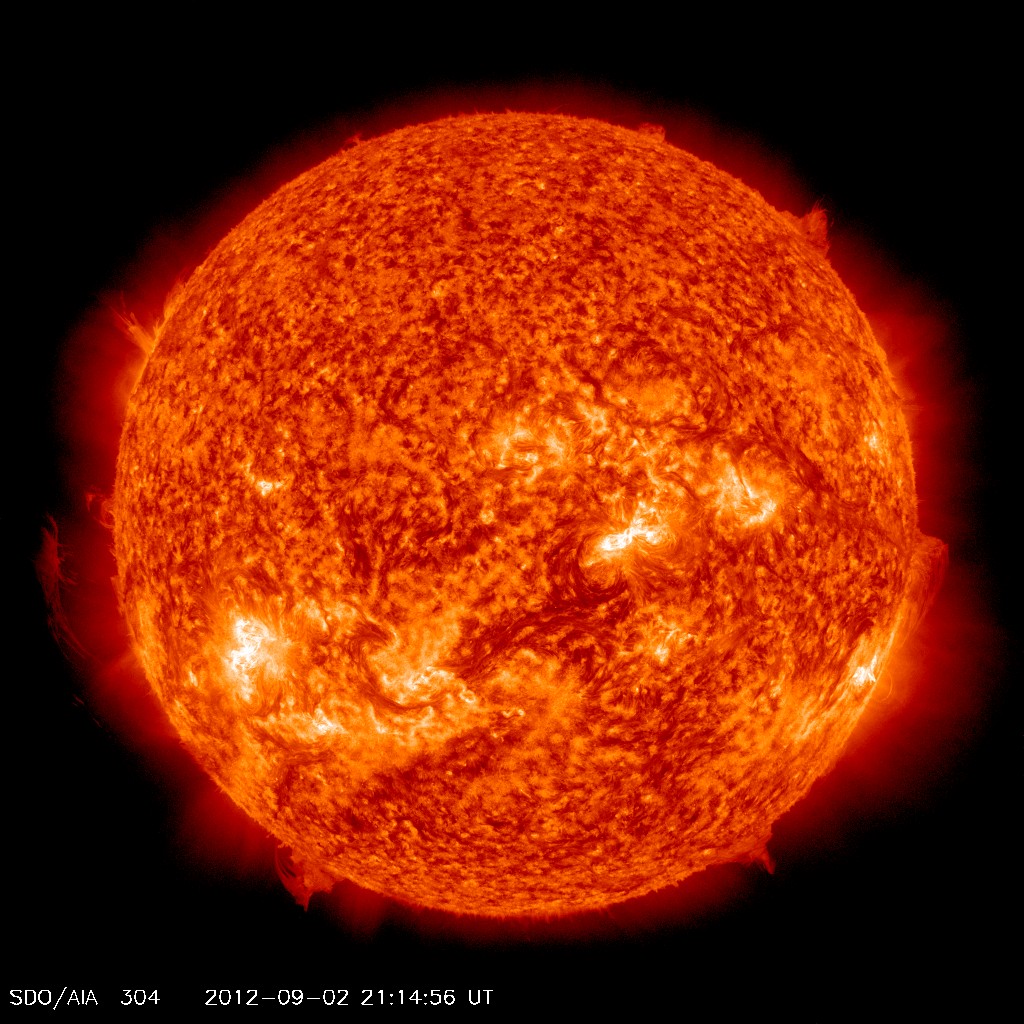 The Coronal Mass Ejection was caused by the large filament eruption late on August 31st.  Minor to Moderate Geomagnetic Storming will be possible at high latitudes, especially on September 3rd. Solar Radiation Storm levels have increased above the S1 (Minor) threshold in response to a filament eruption. The CME cloud is not heading directly toward Earth, but it will deliver a glancing blow to our planet’s magnetic field. High latitude aurora watchers should remain on alert! 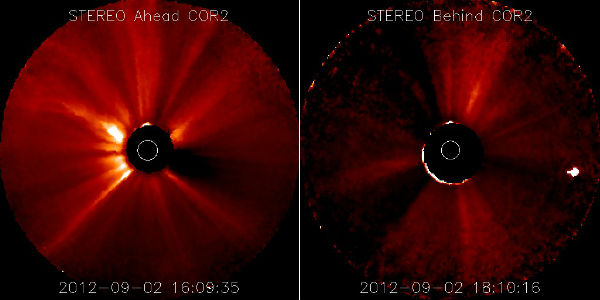 Two potentially Earth-directed CMEs were observed with estimated speeds of 570 and 530 km/s, and a Type IV radio sweep occurred at 04:35 UTC today. The largest flare recorded was C5  at 1810 UTC from Region 1560. The solar wind speed is low now, around 300 km/s with density around 1.1 protons/cm3. And the proton level is still rising. A greater than 10 MeV proton event, associated with the disappearing filament on 31 August, began at 13:35 UTC on September 1, reached a maximum flux of 60 pfu at 08:50 UTC on September 2, and is currently above threshold. 10.7 cm flux is now showing 131 sfu. The two CMEs observed today along with a coronal hole high-speed stream are expected to arrive late on September 5. 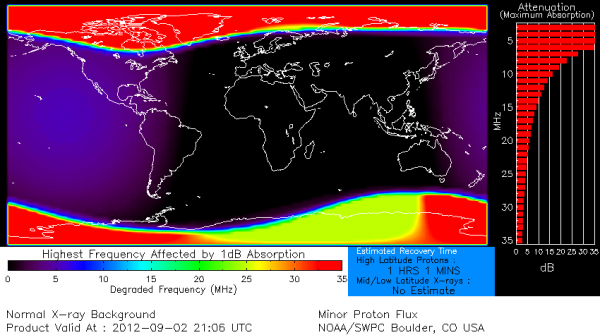 The Bz component of the Interplanetary Magnetic Field (IMF) is currently tipped south, up to 8.2 nT, leading to unsettled geomagnetic conditions. On September 3/4, active conditions are possible when the CME of August 31 and the shock preceding the CME arrive near the Earth. The August 31 event caused an increase in the >10 MeV proton flux near the Earth. The level crossed the storm threshold since September 1. If solar wind is to interact with Earth’s magnetosphere it may lead to increased geomagnetic activity at very high latitudes. 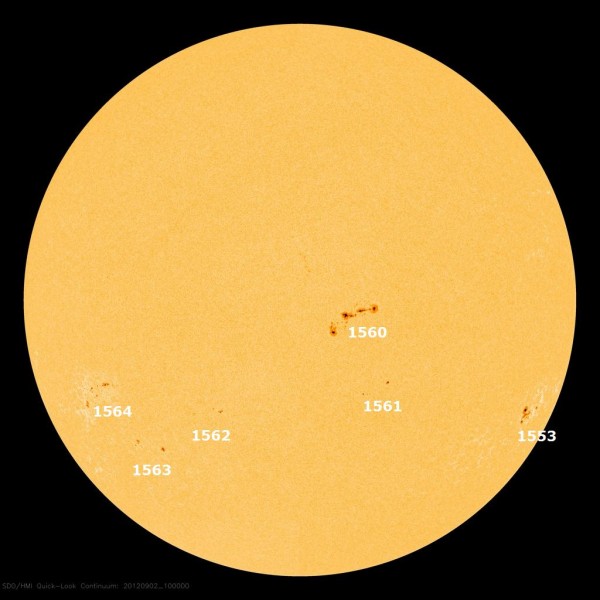 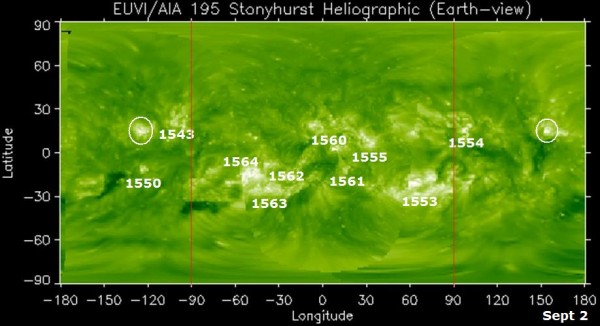 Growing sunspot 1560 poses a threat for Earth-directed M-flares.  This region remains the largest and most magnetically complex with a beta-gamma configuration. NOAA/SWPC forecast 30% chances of M-class events. There are no large coronal holes on the Earthside of the sun.