Scientists are on the track of  how average-sized earthquakes may evolve into massive earthquakes. Scientists at Scripps Institution of Oceanography at University of California, San Diego have created a device to discover how fault zones weaken in select locations after an earthquake reaches a tipping point and to help them better understand earthquakes. Researchers have found new information through their laboratory experiments mimicking earthquake processes that show just how these faults weaken. They reported that small droplets of friction-generated melts weaken faults and can lead to 'megaquakes'.

Researchers point that melt welts are the culprit on how fault zones weaken in particular locations.According to Kevin Brown, first author of the study, melt welts appear to be working as part of a complicated feedback mechanism where complex dynamic weakening processes become further concentrated into initially highly stressed regions of a fault. This process allows highly stressed areas to rapidly break down, acting like the weakest links in the chain. Even initially stable regions of a fault can experience runaway slip by this process if they are pushed at velocities above a key tipping point. The melt welts could also explain questions in earthquake rupture dynamics, such as why some slowly slipping tremor-generating events can snowball into massive earthquakes if they pass a velocity tipping point. 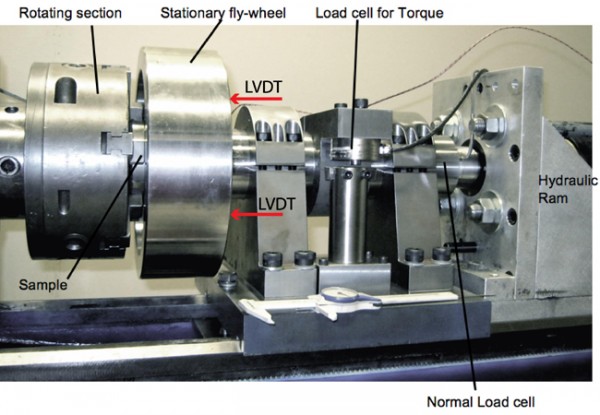 Faults zones like the San Andreas Fault produce very little heat from friction when considering the size and magnitude of the earthquakes they produce. Thermal energy released by friction during slip can become rapidly reduced, and it could potentially help account for a “low heat flow paradox.”