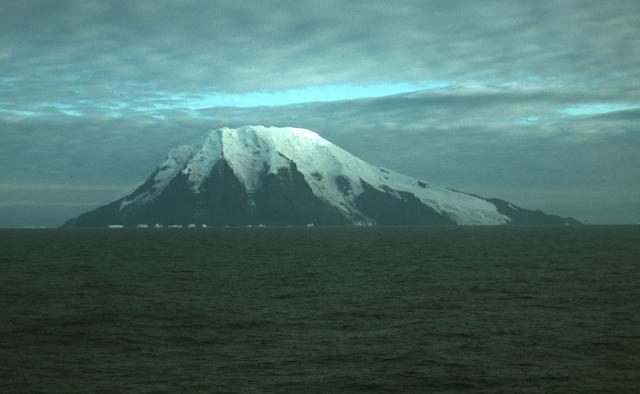 The plume from Mount Hodson can be seen rising just to the northwest of center and curving in an arc to the northeast on latest MODIS satellite image. On August 28, 2012, a large volcanic plume rose from the Mount Hodson volcano on remote Visokoi Island, interacting with clouds overhead to create a broad rippling band easily visible from space. Gas and aerosols emitted at a low-level provided a nucleus for the formation of water droplets.

Visokoi Island is located in the northern section of the South Sandwich Island chain, 47 kilometers southeast of Zadovdski Island. Measuring about 6 km by 8 km, the island consists of a single stratovolcano with a rounded, 1005 meter high summit. Historically plumes were reported above Mount Hodson in 1830 and 1930, but the Smithsonian National Museum of Natural History’s Global Volcanism Program reports that the summit is usually obscured by “smoke” or steam. 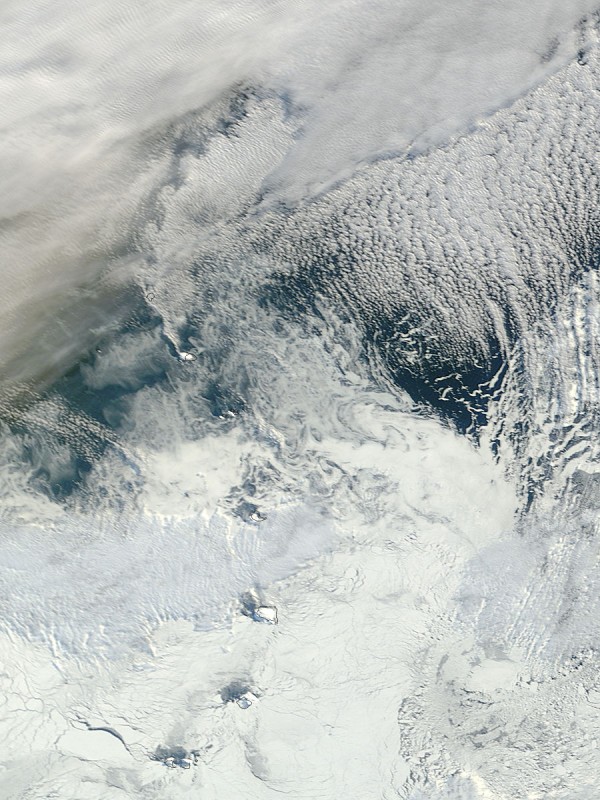 Visokoi Island is an uninhabited island in the group of the South Sandwich Islands. Mount Hodson is a volcanic peak (1,005 m/3,297 ft) named after Sir Arnold Weinholt Hodson, a governor of the Falkland Islands. The South Sandwich Islands consist of a chain of eleven main islands that bend in an arc 240 miles (~400 km) long. The water surrounding the volcanoes has an average depth of about 8,500 feet (2,600 m). About 80% of each island is covered by glaciers.

The islands were first sighted in 1775, but the first landing didn’t occur until 1818 when seal hunters visited. The islands are administered by the United Kingdom and claimed by Argentina. The South Sandwich Islands are uninhabited and far away from commercial shipping and air routes. Because high latitude of the islands and the frequent cloudy days photographs by the Space Shuttle astronauts are rare. 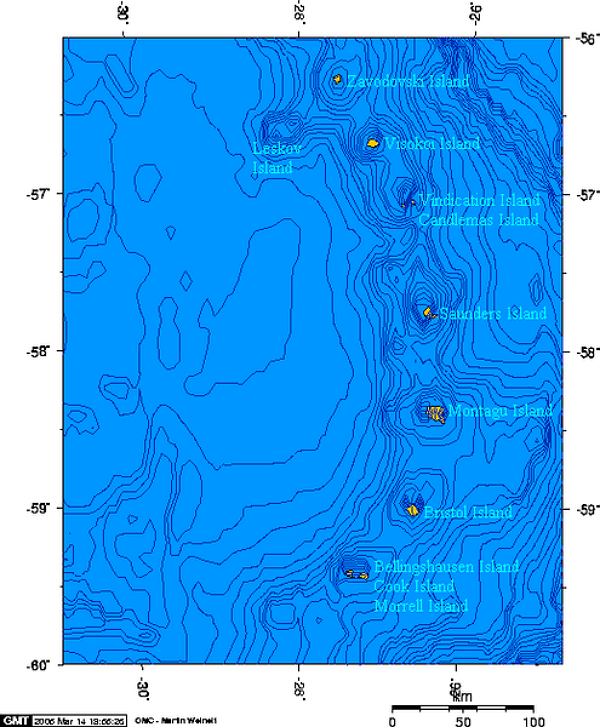