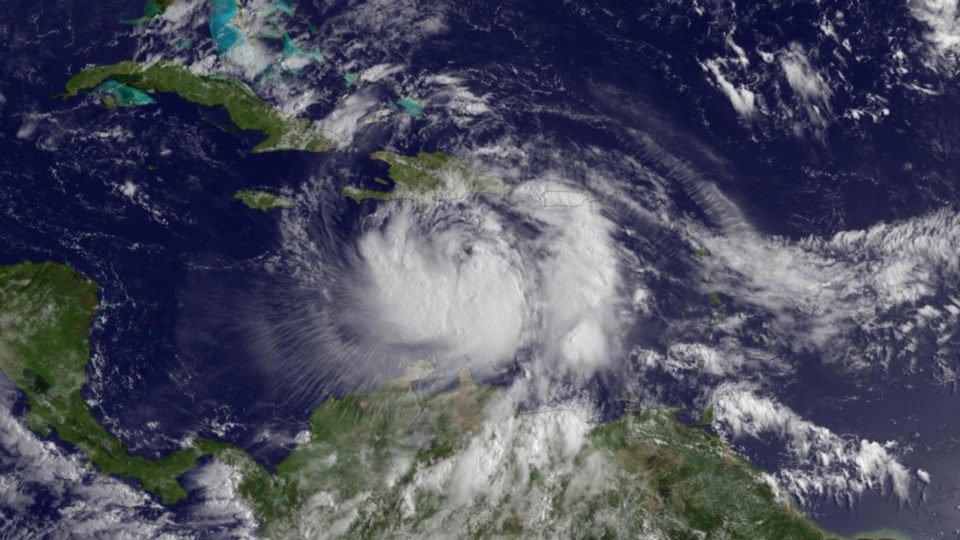 Isaac is currently a strengthening tropical storm in the Caribbean. After some weakening due the Cuba landfall, rapid intensification is expected once Isaac enters the Gulf of Mexico. Tropical Storm Isaac still lacks organization in its inner core and limited strengthening is expected before the cyclone begins to interact with Hispaniola in the next 24 hours. Isaac is forecast to change little as it moves over portions of Cuba, but has opportunities to strengthen once it moves over the Straights of Florida and into the Gulf of Mexico. 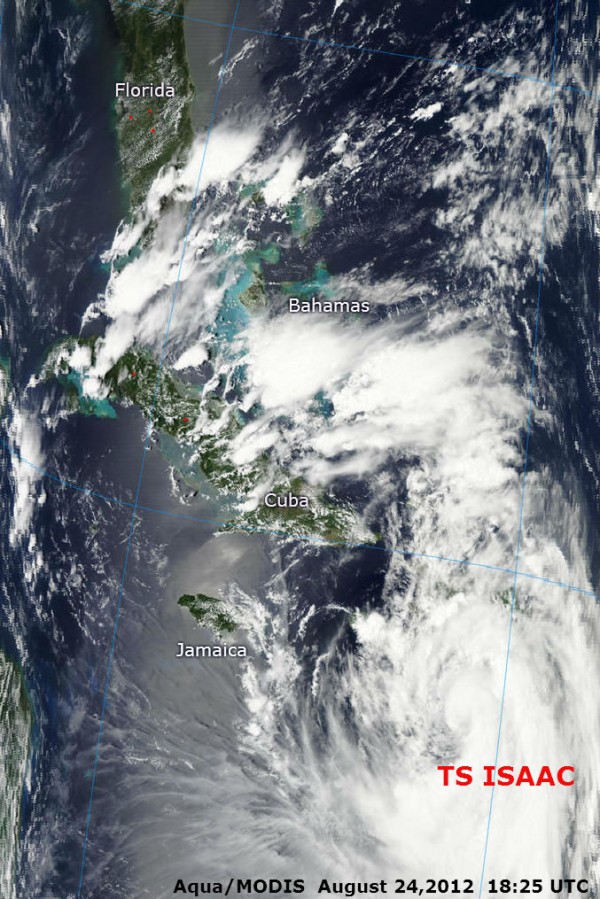 Isaac will be in a favorable environment for strengthening with warm water and weak wind shear. Isaac could quickly strengthen into a Category 2 hurricane prior to its final landfall. Isaac could continue intensifying into a major Category 3 (or higher) hurricane  strength.

Isaac have already caused significant flooding across Puerto Rico. Isaac will spend this weekend crossing Cuba before threatening Florida and the central Gulf Coast next week. Both coastlines of Florida could face beach erosion and coastal flooding. Isaac’s strength and proximity to Florida’s western coast will determine the severity of the storm surge.

There is concern that Isaac will eventually track a bit more to the east, passing over mainland Florida’s southern tip and the southwestern coast. Such a track would put more of South Florida at risk for Isaac’s strongest winds with the heaviest rain spreading farther northward into central Florida.

According to US National Hurricane Center’s latest public advisory, at 15:00 UTC, the center of Tropical Storm Isaac was located near latitude 20.1 north and longitude 74.6 west. Isaac is moving toward the northwest near 28 km/h (17 mph). A general northwestward motion is expected during the next 48 hours. The center of Isaac should move near or over eastern Cuba today, near or over central Cuba tonight and move near or over the Florida Keys and the southern Florida Peninsula Sunday or Sunday night.

Maximum sustained winds are near 95 km/h (60 mph) with higher gusts. Little change in strength is expected today. Some strengthening is forecast tonight through Monday…and Isaac is expected to become a hurricane Sunday or Sunday night. Tropical storm force winds extend outward up to 335 km (205 miles) from the center.

A Hurricane Warning is in effect for  the Florida Keys including the Dry Tortugas, West Coast of Florida from Bonita Beach southward to Ocean Reef  and Florida Bay.

A Hurricane Watch is in effect for Haiti, Florida East Coast from Golden Beach southward to Ocean Reef and Andros Island in the Bahamas.