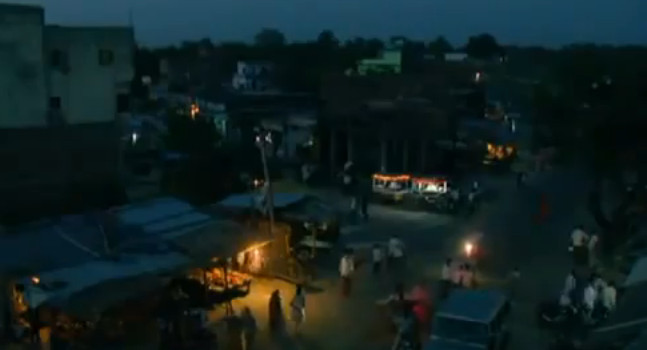 For a second day in a row India is struggling with power outages. Energy crisis cascaded over half the country on Tuesday, July 31, 2012 when three of its regional grids collapsed, leaving more than 600 million people without electricity. About half of India’s population of 1.2 billion people is without power, this makes it one of the world’s biggest-ever blackouts. On Monday, July 30, 2012 about 350 million people in India were without power for several hours.

Gupta said power supply is expected to be restored by the evening.  Sources in the West Bengal State Electricity Distribution Company Ltd said that power generation in five plants had come down to nil.  Private power utility CESC Limited said it suffered a shortfall of 500 MW.  “We are somehow managing with whatever little power is left,” a CESC spokesman said.

The outage stopped hundreds of trains in their tracks, darkened traffic lights, shuttered the Delhi Metro and left everyone from the police to water utilities to private businesses and citizens without electricity.

The failure on Tuesday affected roughly twice as many people as the massive power outage the previous day, when the northern power grid failed and left more than 300 million people without power for several hours. No official reason for the Monday’s failure has been given, although some local news reports pointed fingers at state governments which were overdrawing power.

Hundreds of overnight trains were stopped in their tracks after power to northern railway lines was cut, and Delhi’s metro system was badly hit. Traffic jams were even worse than usual after most traffic lights failed.

A trade body, the Associated Chambers of Commerce and Industry of India, or Assocham, said that Monday’s power problem “totally disturbed the normal life and has severely impacted the economic activities.”

India’s demand for electricity has soared along with its economy in recent years, but utilities have been unable to meet the growing needs. India’s Central Electricity Authority reported power deficits of more than 8% in recent months.

The power deficit was worsened by a weak monsoon that lowered hydroelectric generation and kept temperatures higher, further increasing electricity usage as people seek to cool off.