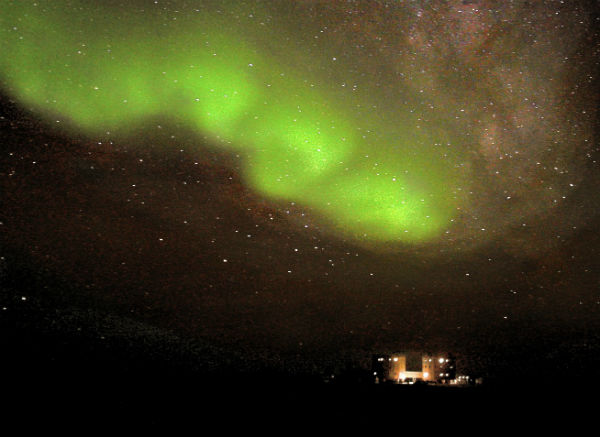 Scientist Alexander Kumar from European Space Agency (ESA) and his colleague Erick Bondoux photographed a stunning image showing Aurora Australis – the Southern Lights – glowing over Concordia station in the Antarctic, one of the remotest places on Earth. Image was taken on 18 July 2012 from about 1 km from the station, located in the Antarctic at 75°S latitude. 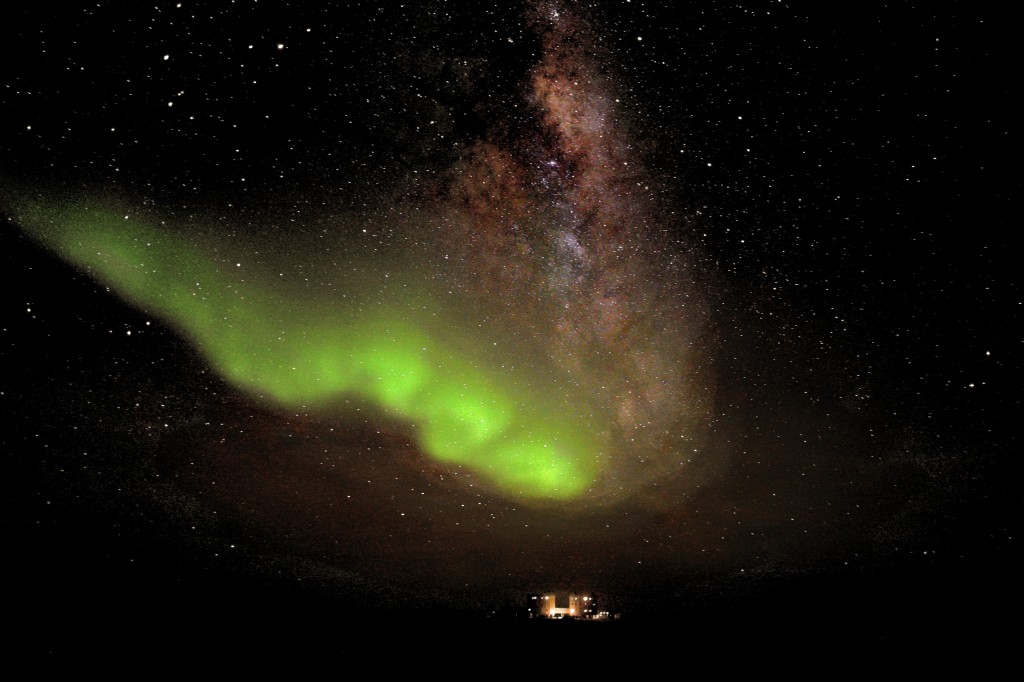 Auroras occur frequently over both the North and South polar regions, but are often difficult to see from populated areas. During periods of increased solar activity, the lights sometimes extend to populated latitudes. This year has seen unusually high solar activity; most recently, on 14 July, Northern Lights could be seen as far south as Duluth, Minnesota, USA.

Another flare occurred on 19 July, when solar active region 1520 produced an M7.7-class flare around 05:58 UTC. The flare generated a coronal mass ejection that is directed to the west and will most likely not reach Earth. However, a rapid increase in proton particles has been detected, and these have some effects on satellites.

The French–Italian Concordia station’s programme of research includes glaciology, human biology and the atmosphere. ESA uses the base to prepare for future long-duration missions beyond Earth. The station is the closest thing on Earth to interplanetary exploration. Studying the effects of isolation there is preparing ESA for the real thing: a mission to Mars. 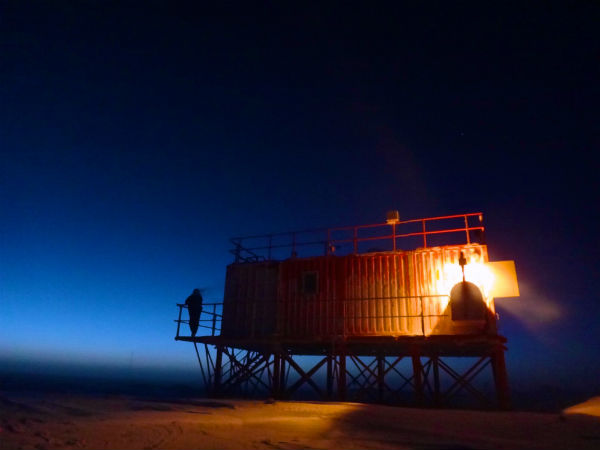 During the winter, Concordia is under almost total darkness, with an average temperature of –51°C and a record low of –85°C. It is an ideal place to study the effects on small, multicultural teams isolated for long periods in an extreme, hostile environment.  No supplies can be delivered during the Antarctic winter and nobody can leave the base, no matter what emergency. They have to solve any problems on their own, as a team.

The crew of Concordia research base in the Antarctic saw their last rays of Sun for over four months at the beginning of May. Near the South Pole, the outpost will now continue its research and run self-sufficiently in darkness until September.

The ESA-sponsored medical researcher Alexander Kumar is monitoring sleep patterns by recording the brain activity of his sleeping crewmates. He is also taking saliva samples to chart the levels over time of sleep hormones such as melatonin or cortisol. Cognitive tests similar to commercial brain games are testing crew performance.

This year, the study is also following the crew as they exercise to see if it has any effect on morale and sleep patterns. The crew have a long road ahead of them before they see the Sun again.

Follow Concordia and inspire the crew by reading and commenting on their blog. Keep it up crew! Blessings from The Watchers!