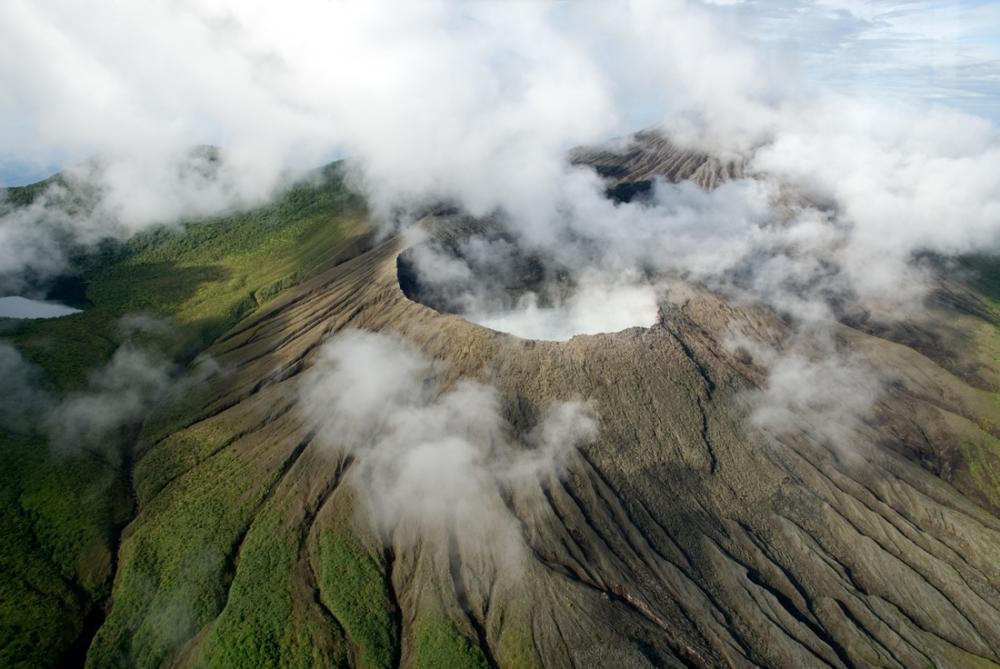 Following an increase in its volcanic activity, visits to the crater of Rincón de la Vieja Volcano, in the northwestern province of Guanacaste, Costa Rica, are prohibited until further notice.

Volcanologist Raúl Mora, from the National Seismological Network, explained that the Rincón de la Vieja Volcano, “while not the most active in the country, is a volcano in full activity, which prompted authorities to take preventive measures.”

Rincón de la Vieja is an active andesitic complex volcano in north-western Costa Rica, about 25 km from Liberia. Its name means “The Old Woman’s Corner”, a reference to a local legend about a girl whose lover was thrown into the crater by her father; she became a recluse living on the mountain, and was credited with powers of healing.

The volcano stands 1,916 metres (6,286 ft) above sea level, and its summit is the highest point in Rincón de la Vieja Volcano National Park. It erupted most recently in September 2011. The volcano has a large number of fumaroles and hot springs on its slopes. It is formed by felsic lava.

Rincón de la Vieja is a ridge-shaped massif, with several volcanic vents lying along a northwest-southeast axis. Several craters and peaks exist, with Santa María peak being the highest at 1916m above sea level. Von Seebach peak, 1895m above sea level, has been the site of most historical eruptions.

Little is known about Rincón de la Vieja’s early eruptive history. It lies within a larger caldera, which indicates that a very large eruption probably occurred thousands of years ago. Analysis of nearby pyroclastic flow deposits shows that they were erupted in a moderately large eruption about 3500 years ago, and the first recorded eruption of the volcano took place in 1765.

Rincón de la Vieja is one of six active Costa Rican volcanoes: the others are Poás, Irazú, Miravalles, Arenal, and Turrialba.