New sunspot 1496 unleashed an impulsive M3-Class solar flare on June 3rd at 17:55 UTC. The explosion hurled a coronal mass ejection (CME) into space. The cloud does not appear to be heading for Earth, although this conclusion could be revised by further analysis. 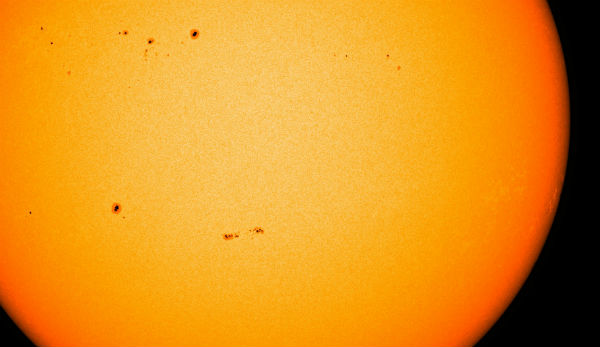 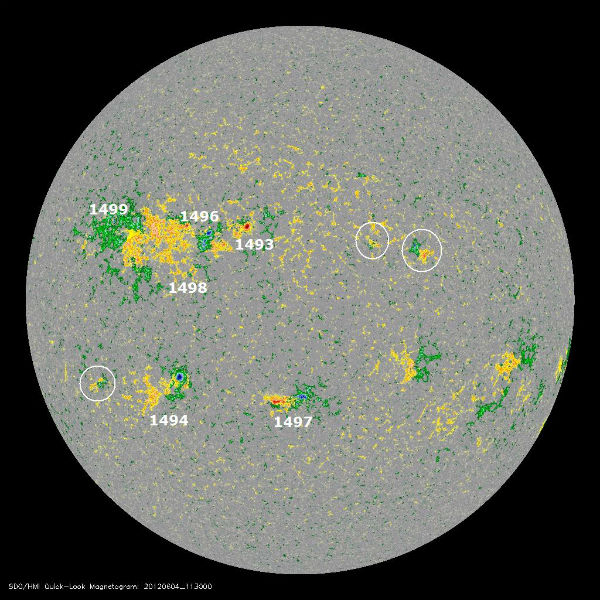 The powerful solar tsunami was produced at the blast site as well. Fortunately, amateur astronomer Thomas Ashcraft was monitoring the Sun from New Mexico when the flare occurred and he video-recorded the event. Below you can click on image to see the video he recorded. 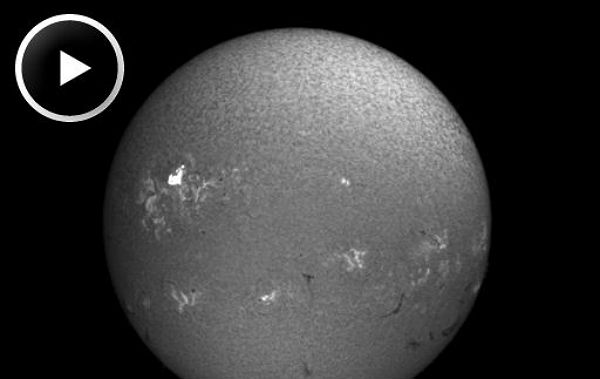 Solar tsunamis pose no direct threat to Earth. Solar tsunamis were discovered back in 1997 by the Solar and Heliospheric Observatory (SOHO). In May of that year, a CME came blasting up from an active region on the sun's surface, and SOHO recorded a tsunami rippling away from the blast site.

A selection of solar tsunami movies:

Meanwhile, a big dark hole in the sun's atmosphere, a 'coronal hole', is turning toward Earth spewing solar wind. Last night we experienced minor geomagnetic storming. Coronal holes are places where the sun's magnetic field opens up and allows the solar wind to escape. Stream of solar wind flowing from this coronal hole will reach Earth on June 5th - 7th, possibly stirring geomagnetic storms again. High-latitude sky watchers should be alert for auroras. 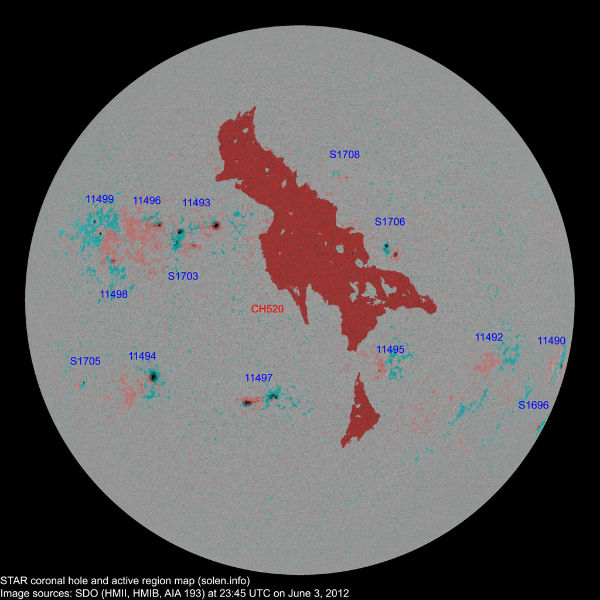 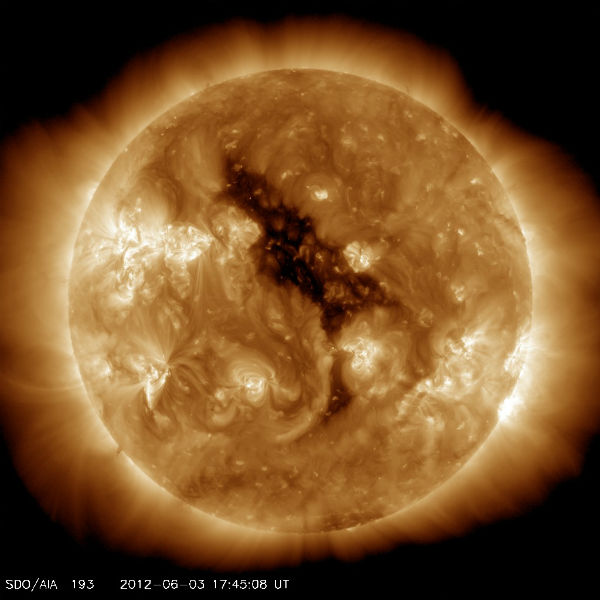 A strong paroxysmal event took place at Klyuchevskoy volcano on January 18, 2021. Explosions sent ash up to 7.5 km (24 600 feet) a.s.l., with eruptive cloud drifting 500 km (310 miles) W of the volcano. According to Yury Demianchuk from Russia's volcanological...

Earthquake swarm in the vicinity of El Chichon volcano, Mexico

The American Meteor Society (AMS) camera system captured a swarm of 7 bright meteors of unknown origin within just 3 seconds of one another at 11:50 UTC on January 18, 2021. Five of the seven meteor paths intersected in an area just east of the 3rd magnitude star...

An international team of researchers reconstructed the Sun's 11-year cycles all the way back to year 969 using measurements of radioactive carbon in tree rings. The findings help scientists better understand the dynamics of the Sun, enabling more accurate dating...

Mayon volcano in Albay, Philippines exhibited a slight increase in abnormal behavior over the past 48 hours, the Philippine Institute of Volcanology and Seismology (Phivolcs) Lignon Hill Observatory reported on Thursday, January 21, 2021. The volcano's...

Around 2 300 homes have been evacuated overnight Thursday, January 21, 2021, amid widespread flooding and dangerous snow across parts of the United Kingdom brought by Storm Christoph. The storm prompted more than 200 flood warnings, with five of them severe, and has...

Powerful M7.1 earthquake hits off the coast of Mindanao, Philippines

A bright fireball was seen and recorded over Japan at 11:32 UTC on January 20, 2021 (20:32 JST). The object was seen for several seconds over wide areas of Japan, including Kanto, Tokai, and Kinki. Fujii Daichi, a curator who specializes in astronomy at the...