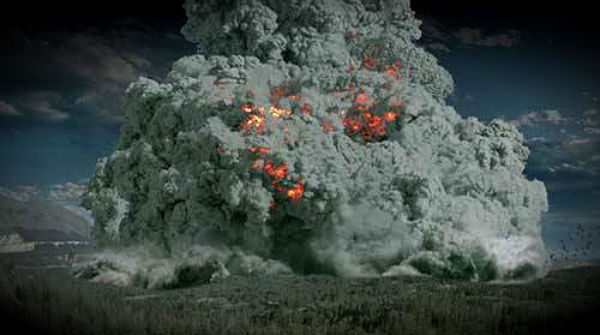 Geologists had previously thought that super-eruptions only occurred 100,000-200,000 years after forming. Evidence from the new study by researchers at Vanderbit University suggests that, after a giant magma pool forms, it may erupt after only a couple hundred years. Such a giant eruption could blanket entire continents in ash and darken the sun for decades. Although there are only a handful of Quaternary supervolcanoes, supervolcanic eruptions typically cover huge areas with lava and volcanic ash and cause a long-lasting change to weather (such as the triggering of a small ice age) sufficient to threaten species with extinction. A supervolcano eruption packs the devastating force of a small asteroid colliding with the earth and occurs 10 times more often – making such an explosion one of the most dramatic natural catastrophes humanity should expect to undergo.

The study was performed by examining the remnants of the Bishop Tuff, the Long Valley super-eruption that occurred 760,000 years ago in California. Using the latest methods for dating the process of magma formation, the researchers found several different lines of evidence indicating that the magma pool formed only a couple hundred to a couple thousand years before erupting. The Long Valley super-eruption covered half of North America in thick ash. As far as geologists can tell, there aren’t any giant pools of magma capable of producing super-eruptions on the planet right now. The researchers think that this is because they form and erupt so rapidly.

According to Guilherme Gualda, the assistant professor of Earth and environmental sciences at Vanderbilt University, this study suggests that when these exceptionally large magma pools form they are ephemeral and cannot exist very long without erupting. 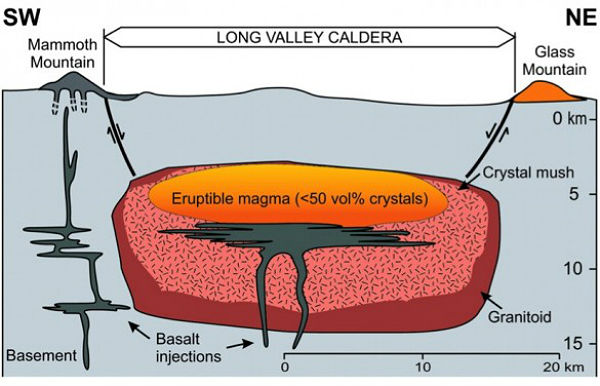 The researchers used the crystallization rates of quartz in the deposits to get information about the lifespans of the magma bodies. They came up with four independent lines of evidence indicating that they definitely took less than 10,000 years and most likely between 500 and 3,000 years to erupt. They suggest that the zircon crystal measurements record the changes that are required to occur in the crust before the magma bodies can form. The researchers suggest that with the short formation period of these super-eruptions we should monitor the areas where they are likely to occur. Such as Yellowstone, where there has been significant ground swelling in the past couple of years. Volcanologists have been tracking the movement of magma under the park and have calculated that in parts of Yellowstone the ground has risen over seventy centimetres this century.

The term “supervolcano” implies an eruption of magnitude 8 on the Volcano Explosivity Index (VEI), meaning that more than 1,000 cubic kilometers (240 cubic miles) of magma (partially molten rock) are erupted. The most recent such event on Earth occurred 74,000 years ago at the Toba Caldera in Sumatra, Indonesia. VEI-7 or 8 eruptions are so powerful that they often form circular calderas rather than cones because the downward withdrawal of magma causes the overlying mass to collapse and fill the void magma chamber beneath. 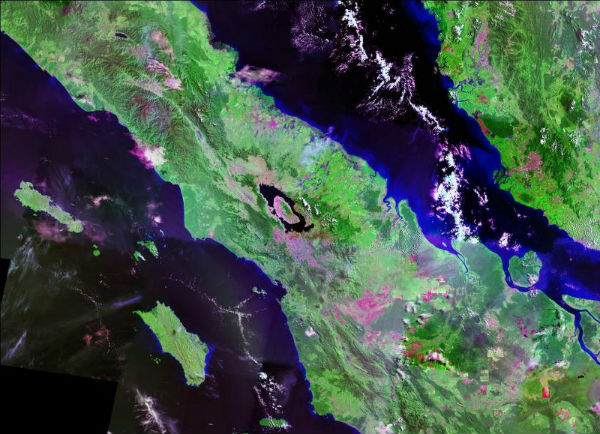 A supervolcano is a volcano capable of producing a volcanic eruption with an ejecta volume greater than 1,000 cubic kilometers (240 cubic miles). This is thousands of times larger than most historic volcanic eruptions. Supervolcanoes can occur when magma in the Earth rises into the crust from a hotspot but is unable to break through the crust. Pressure builds in a large and growing magma pool until the crust is unable to contain the pressure. They can also form at convergent plate boundaries (like Toba) and continental hotspot locations (like Yellowstone). 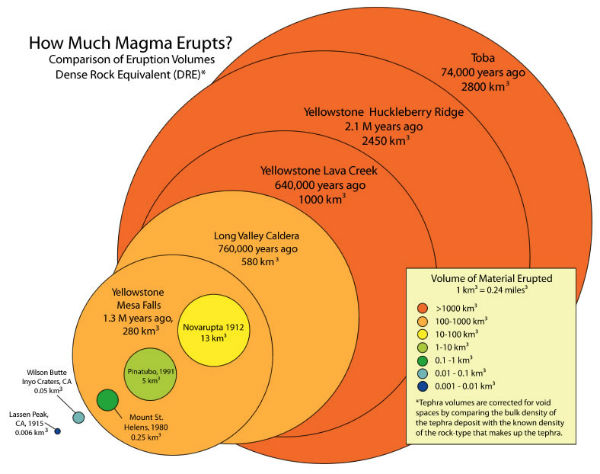 Volcanoes that produced exceedingly voluminous pyroclastic eruptions and formed large calderas in the past 2 million years would include Yellowstone, Long Valley in eastern California, Toba in Indonesia, and Taupo in New Zealand. Other supervolcanoes would likely include the large caldera volcanoes of Japan, Indonesia, and South America. The most recent supervolcanic eruption on Earth occurred 74,000 years ago at the Toba Caldera in Sumatra, Indonesia.

What could we expect if one of these volcanic megablasts were to occur today?

The secrets of suprevolcanoes (AAAS)