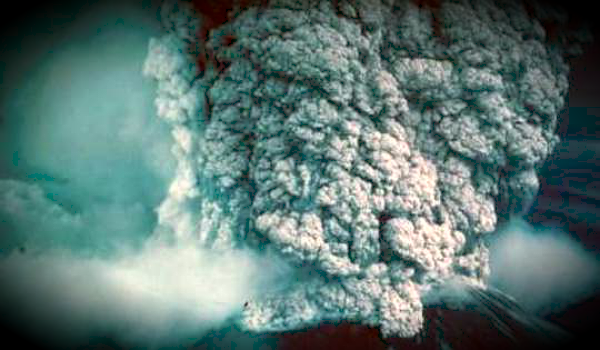 Scientists search for the Volcanic explosive source of a disaster that wiped out almost a third of Londoners in 1258.

When archaeologists discovered thousands of medieval skeletons in a mass burial pit in east London in the 1990s, they assumed they were 14th-century victims of the Black Death or the Great Famine of 1315-17. Now they have been astonished by a more explosive explanation – a cataclysmic volcano that had erupted a century earlier, thousands of miles away in the tropics, and wrought havoc on medieval Britons.

Scientific evidence – including radiocarbon dating of the bones and geological data from across the globe – shows for the first time that mass fatalities in the 13th century were caused by one of the largest volcanic eruptions of the past 10,000 years. Such was the size of the eruption that its sulphurous gases would have released a stratospheric aerosol veil or dry fog that blocked out sunlight, altered atmospheric circulation patterns and cooled the Earth’s surface. It caused crops to wither, bringing famine, pestilence and death.

Mass deaths required capacious burial pits, as recorded in contemporary accounts. In 1258, a monk reported: “The north wind prevailed for several months… scarcely a small rare flower or shooting germ appeared, whence the hope of harvest was uncertain… Innumerable multitudes of poor people died, and their bodies were found lying all about swollen from want… Nor did those who had homes dare to harbour the sick and dying, for fear of infection… The pestilence was immense – insufferable; it attacked the poor particularly. In London alone 15,000 of the poor perished; in England and elsewhere thousands died.“

London’s population at the time was around 50,000, so the loss of 15,000 would have radically changed the city. 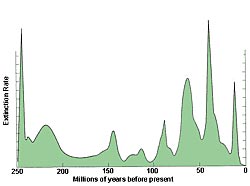 Surprisingly, perhaps, the volcano’s exact location has yet to be established. Mexico, Ecuador and Indonesia are the most likely areas, according to vulcanologists, who found evidence in ice cores from the northern hemisphere and Antarctic and within a thick layer of ash from Lake Malawi sediments. The ice core sulphate concentration shows that it was up to eight times higher than Indonesia’s Krakatoa eruption of 1883, one of the most catastrophic in history.

Some 10,500 medieval skeletons were found at Spitalfields market, the site of the Augustinian priory and hospital of St Mary Spital, and the remains suggest there may have been as many as 18,000. The excavation between 1991 and 2007 by the Museum of London Archaeology (Mola) was the largest ever archaeological investigation in the capital.

According to vulcanologist Bill McGuire, this was the biggest eruption in historic times. It may have brought the temperatures down by 4C, which is a huge amount.

And  Bill McGuire, Professor of Geophysical and Climate Hazards at University College London, added, “This was certainly a prodigious volcanic event; one of the largest in the last few thousand years. Consequently, it is not really a surprise that one legacy should be a serious increase in mortality in London. Through their influence on climate, major volcanic blasts can affect any locality on the planet, and an eruption in distant Indonesia – which is one of a number of host candidates for the 1257/8 eruption – could without doubt reach out to take lives in the UK’s capital.”

An unknown giant volcanic eruption that led to a global mass extinction 260 million years ago was uncovered by scientists at the University of Leeds in May 2009.

The eruption in the Emeishan province of south-west China unleashed around half a million cubic kilometres of lava, covering an area 5 times the size of Wales, and wiping out marine life around the world.

Unusually, scientists were able to pinpoint the exact timing of the eruption and directly link it to a mass extinction event in the study published in Science. This is because the eruptions occurred in a shallow sea – meaning that the lava appears today as a distinctive layer of igneous rock sandwiched between layers of sedimentary rock containing easily datable fossilised marine life.

The layer of fossilised rock directly after the eruption shows mass extinction of different life forms, clearly linking the onset of the eruptions with a major environmental catastrophe.

The global effect of the eruption is also due to the proximity of the volcano to a shallow sea. The collision of fast flowing lava with shallow sea water caused a violent explosion at the start of the eruptions – throwing huge quantities of sulphur dioxide into the stratosphere.

“When fast flowing, low viscosity magma meets shallow sea it’s like throwing water into a chip pan – there’s spectacular explosion producing gigantic clouds of steam,” explains Professor Paul Wignall, a palaeontologist at the University of Leeds, and the lead author of the paper.

The injection of sulphur dioxide into the atmosphere would have led to massive cloud formation spreading around the world – cooling the planet and ultimately resulting in a torrent of acid rain. Scientists estimate from the fossil record that the environmental disaster happened at the start of the eruption.

“The abrupt extinction of marine life we can clearly see in the fossil record firmly links giant volcanic eruptions with global environmental catastrophe, a correlation that has often been controversial,” adds Professor Wignall.