A research article published by AGU on June 7, 2021, shows that unrest registered under New Zealand's Taupo supervolcano in 2019 was volcanic in nature and origin, demonstrating that it's still an active and potentially hazardous volcano that needs to be carefully monitored.

While this large caldera volcano has been very active in recent geological time, it has not erupted for about 1 800 years, researchers note.

In historical times, Taupo has undergone periods of unrest involving abundant, sometimes damaging earthquakes and ground deformation, but no eruption.

The volcano underwent one of these unrest periods again in 2019, represented by a large increase in the number of earthquakes and observable ground deformation within the caldera. 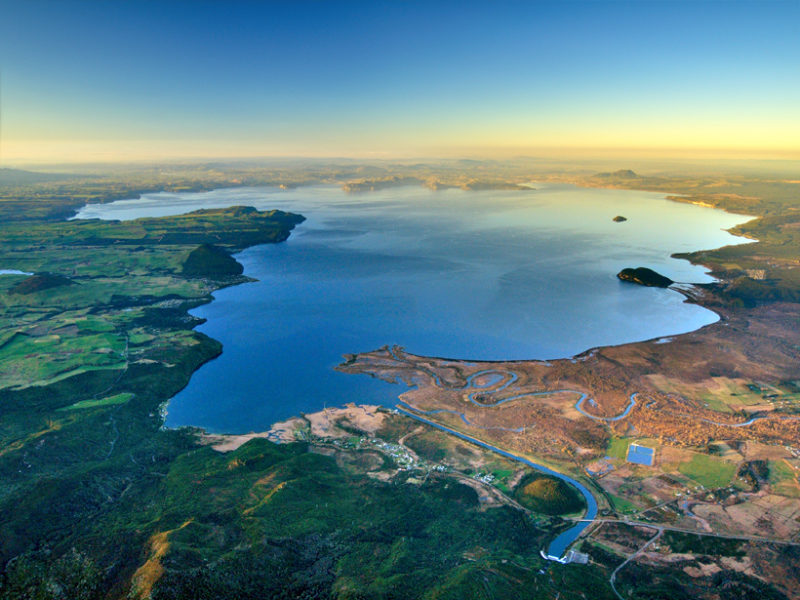 "Using the locations and patterns of the earthquakes and ground deformation allowed us to infer that beneath the caldera there is an active magma reservoir of at least 250 km3 [60 mi3] volume and which is at least 20–30% molten," researchers said.

New magma being fed into this reservoir caused the triggering of earthquakes in the surrounding brittle crust along fault lines that reflect both the volcano structure and the regional rift faults that cut across the volcano.

"Our findings show that Taupō needs to be carefully monitored to better understand the processes at depth and the factors that might cause similar unrest to escalate into an eruption in the future." 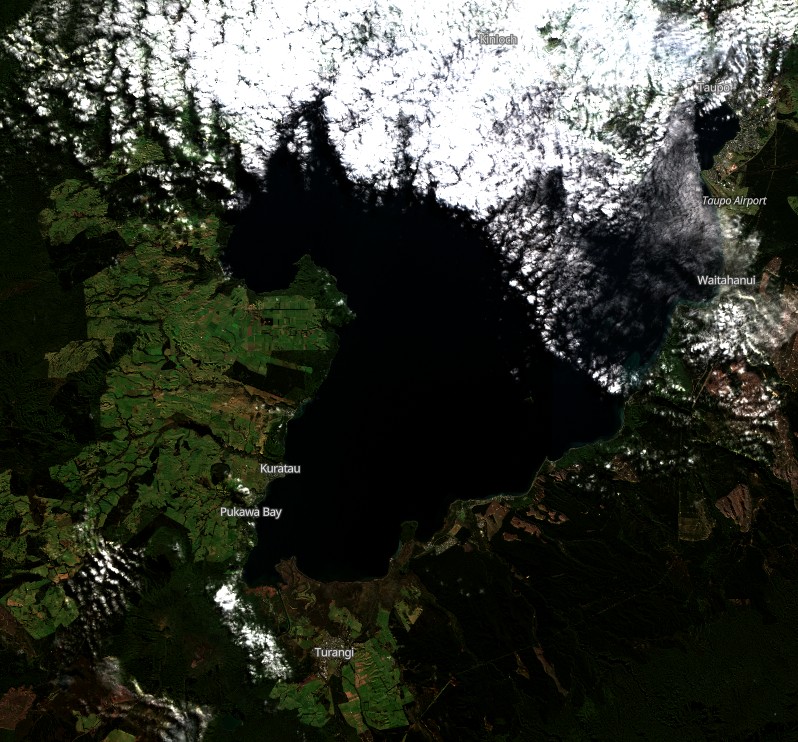 Taupo, the most active rhyolitic volcano of the Taupo volcanic zone, is a large, roughly 35 km (21 miles) wide caldera with poorly defined margins. It is a type example of an "inverse volcano" that slopes inward towards the most recent vent location.

The caldera, now filled by Lake Taupo, largely formed as a result of the voluminous eruption of the Oruanui Tephra about 22 600 years before present (BP).

This was the largest known eruption at Taupo, producing about 1 170 km3 (281 mi3) of tephra. This eruption was preceded during the late Pleistocene by the eruption of a large number of rhyolitic lava domes north of Lake Taupo.

Large explosive eruptions have occurred frequently during the Holocene from many vents within Lake Taupo and near its margins.

The most recent major eruption took place about 1 800 years BP from at least three vents along a NE-SW-trending fissure centered on the Horomotangi Reefs. This extremely violent eruption was New Zealand's largest during the Holocene and produced the thin but widespread phreatoplinian Taupo Ignimbrite, which covered 20 000 km2 (7 722 mi2) of North Island.