Six stratovolcanoes comprising the Islands of Four Mountains in Alaska's central Aleutian Islands may not be separate volcanoes, but instead a part of one enormous volcanic caldera system, according to scientists who presented the evidence at the American Geophysical Union's fall meeting on December 7.

The Islands of the Four Mountains in the central Aleutians is a group of six stratovolcanoes named Carlisle, Cleveland, Herbert, Kagamil, Tana, and Uliaga. The study suggests that a wide crater, which was created when the supervolcano erupted, connects at least four volcanoes.

According to John Power, a geophysicist at the U.S. Geological Survey’s Alaska Volcano Observatory, it was so massive that if the supervolcano exploded during the last few thousand years, it could have caused disruption in civilizations worldwide.

The findings emerged from several pieces of evidence that may seem unrelated at first look, according to Diana Roman, a volcanologist at Carnegie Institution for Science in Washington, D.C.

"There's no one smoking gun," she said– in fact, the Islands of the Four Mountains, actually six volcanoes near the center of the island chain, appear like an ordinary volcanic cluster. 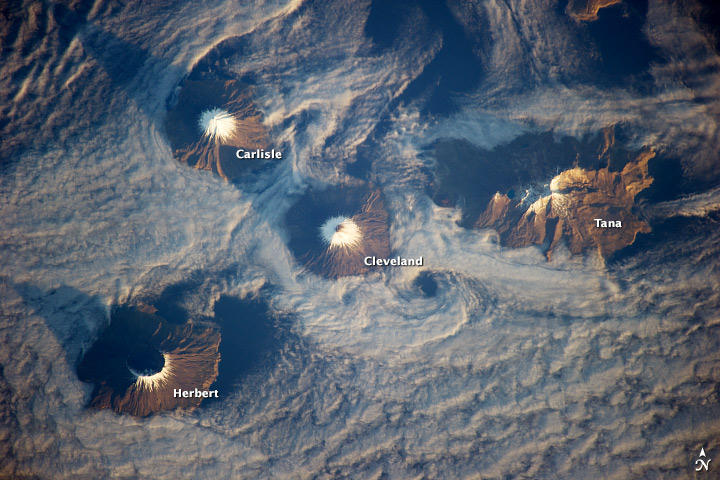 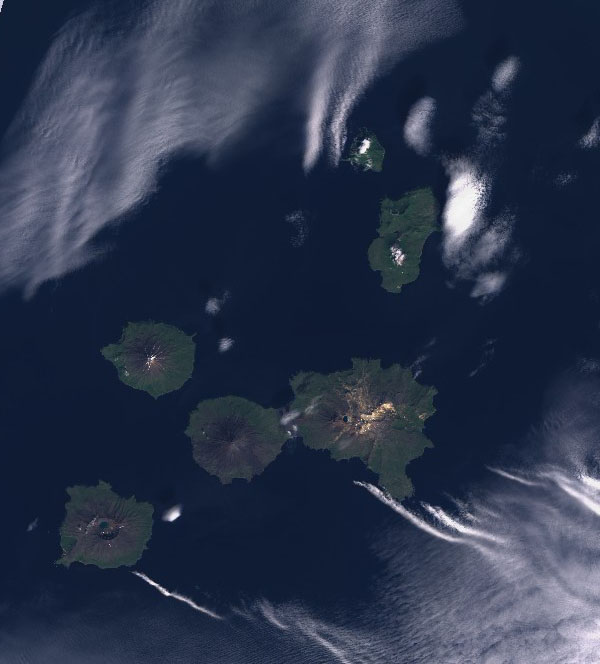 The six volcanoes that could be part of a massive caldera system, taken in August 2020. Image credit: Landsat-8, USGS

The data, taken together, convincingly point to the existence of a caldera about 20 km (12 miles) across. The volcanoes' peaks are arranged in a ring and a bathymetric ocean flood mapping, mostly from the 1950s, shows arc-shaped ridges and a 130 m (426 feet) deep depression in the ring's center.

These are pieces of evidence that the volcanoes are linked by one massive caldera, an enormous crater that forms when a very big magma chamber in a volcano erupts and empties.

Gravity data from satellites show the look of other calderas, and analysis of volcanic gases like sulfur dioxide and patterns of microearthquakes also indicate the presence of the caldera.

"We weren’t surprised there were microearthquakes," Roman said, considering that Mount Cleveland is one of the most active mountains in the Aleutians. 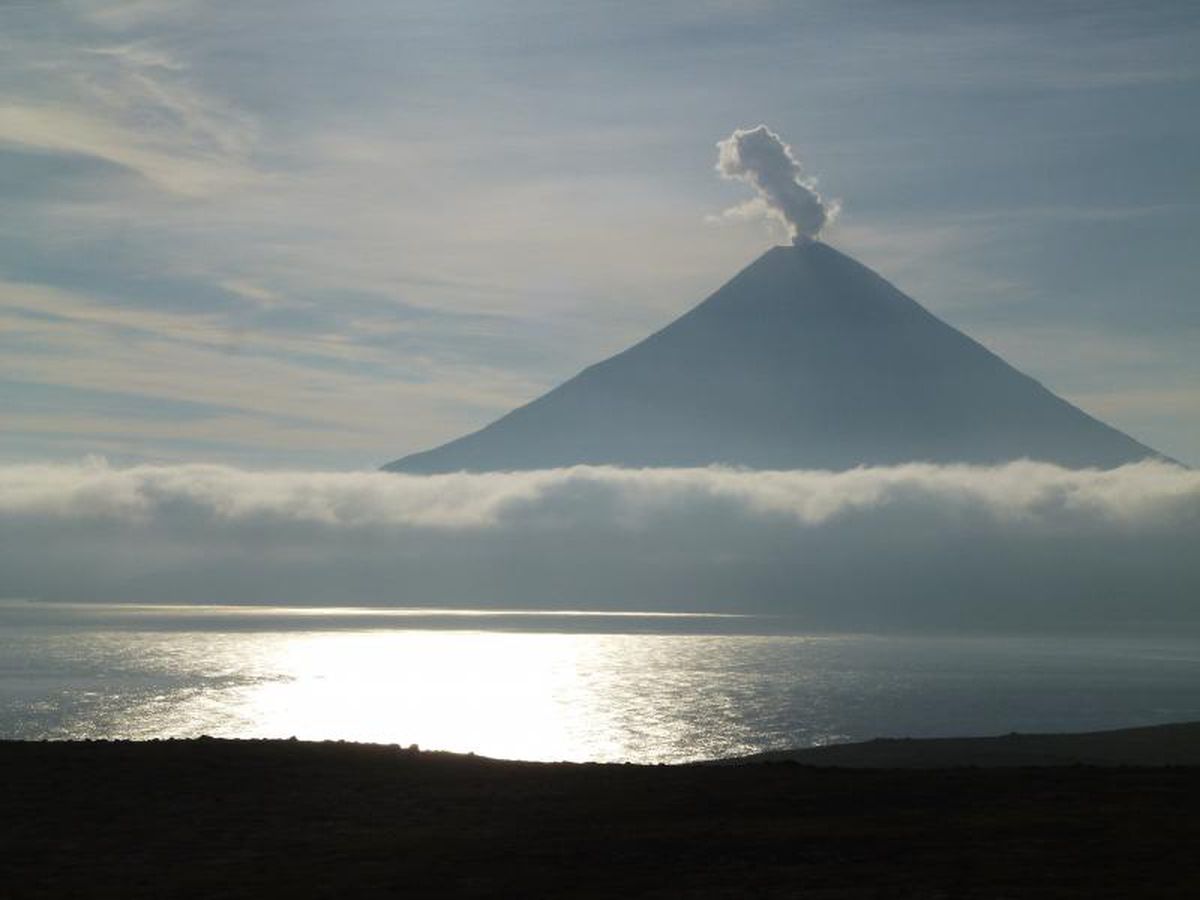 However, those micro quakes extended farther east and north than they would expect, just based on the volcanoes evident at the surface. "That makes more sense in the context of the caldera."

"Our hope is to return to the Islands of Four Mountains and look more closely at the seafloor, study the volcanic rocks in greater detail, collect more seismic and gravity data, and sample many more of the geothermal areas," Roman added.

The Islands of the Four Mountains (IFM) are a volcanic archipelago in the central Aleutian arc comprised of six closely spaced stratovolcanoes (Carlisle, Cleveland, Herbert, Kagamil, Tana and Uliaga) and a number of subsidiary cinder cones and fissures. Mount Cleveland, an open-vent system, is one of the most persistently active volcanoes in North America over the past 20 years with eruptive activity characterized by small explosions that produce ash clouds that rise 15,000 to 30,000 feet asl and are often separated by effusive events that form small domes and flows. Recent analysis of seismicity, geologic deposits, structural trends, gas emissions, and gravity suggest that volcanism in the IFM may be influenced by a large previously unrecognized caldera that is largely hidden by recent deposits and the surrounding ocean.