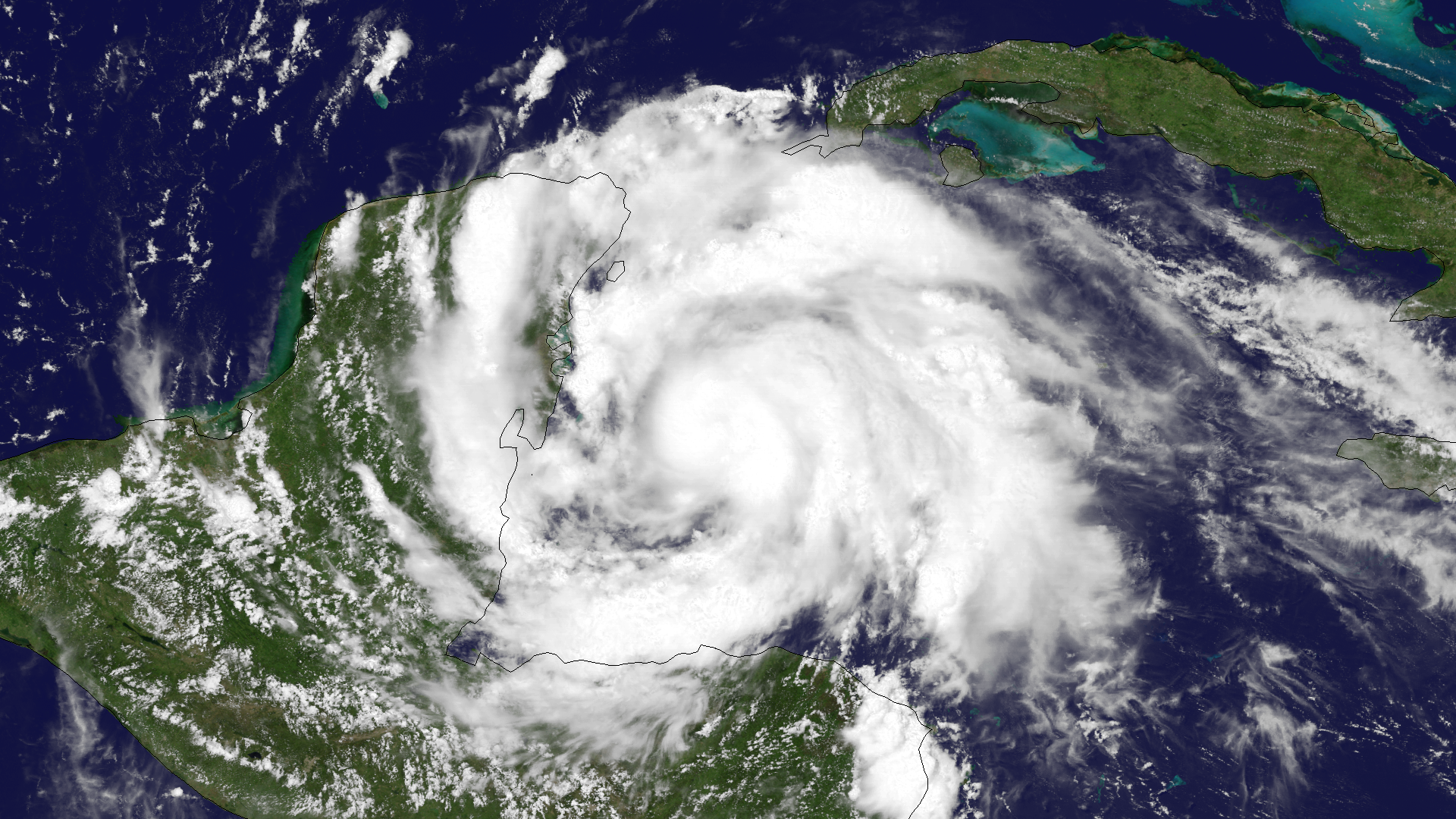 Hurricane Ernesto is intensifying as it moves toward the eastern Yucatan Peninsula  as Category 1 hurricane. Warm water, lower wind shear and less interaction with the continent of South America, has allowed Ernesto to become a hurricane. Ernesto is expected to traverse across the Yucatan and emerge into the Bay of Campeche on Wednesday, August 8, 2012. It is not uncommon for hurricanes and tropical storms to cross the Yucatan Peninsula and enter the Bay of Campeche in the southern Gulf of Mexico. Hurricanes Karl (2010), Keith (2000) and Dean (2007) are several historical examples of hurricanes from the past decade whose tracks closely match that of Ernesto’s.

According to latest public advisory by US National Hurricane Center (NHC), at 00:00 UTC, the center of Hurricane Ernesto was located near latitude 18.7N and longitude 87.1W and was moving west-northwestward at speed of 30 km/h (18 mph). This general motion is expected to continue through tonight followed by a turn toward the west on Wednesday. Since the center has moved a little farther north than expected, the official forecast track is shifted a bit north of the previous one. A large dome of high pressure north of the storm should keep Ernesto on a westerly track toward Mexico and away from the U.S. A second landfall is likely near the city of Veracruz on Friday.

Hurricane warning is in effect for Chetumal to Tulum on the east coast of the Yucatan peninsula, Cozumel and entire coast of Belize from Belize City northward to the border of Mexico. Ernesto will make landfall at the east coast of Yucatan peninsula. Strong wind gusts, generally in the vicinity of severe thunderstorms wrapping around the large circulation of the storm also bring the risk of damaging wind gusts at a more local level. The severe thunderstorms can occur hundreds of miles away from the center of Ernesto.

Ernesto has gathered a large field of moisture in the form of towering showers and thunderstorms, capable of unleashing a foot of rain in portions of Belize, Guatemala, northern Honduras and southeastern Mexico through the middle of this week.

Ernesto is expected to produce total rainfall accumulation of 3 to 5 inches along the northern coast of Honduras, 4 to 8 inches over Belize. northern Guatemala and Yucatan peninsula. These rains may produce life threatening flash floods and mudslides over higher terrain. 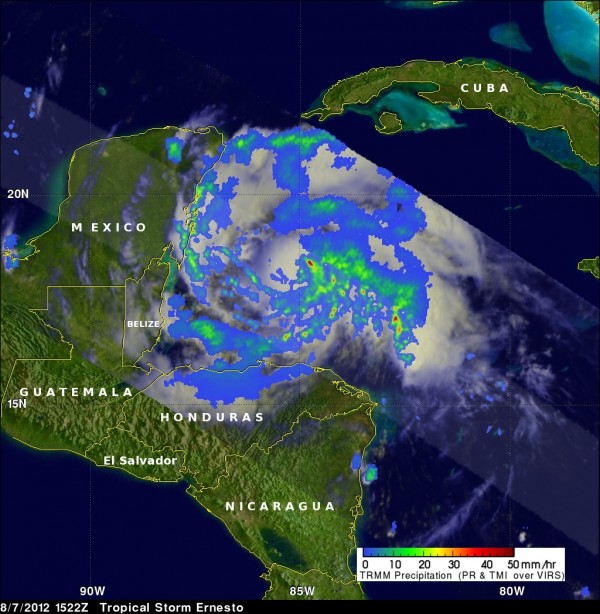 A dangerous storm surge will raise water levels by as much as 2 to 4 feet above normal tide levels along the immediate coast near and to the north of where the center makes landfall on the east coast of the Yucatan peninsula. Recent reports from ham radio operators indicate storm surge flooding of more than 2 feet has occurred on Ambergris Caye Island, Belize.

Ernesto strengthened to a hurricane by August 7, 2012, according to U.S. Air Force hurricane hunters. Ernesto was upgraded to a hurricane less than 12 hours from making landfall along the Belize and Mexico border. Ernesto has now become a well-organized tropical cyclone with distinct convective banding features over all quadrants of the circulation and well-defined cirrus-level outflow. Additional strengthening is certainly possible until the center moves inland. Restrengthening is expected when Ernesto moves into the Bay of Campeche but rapid weakening and dissipation should occur after the second landfall in Mexico due to very high terrain. Although the global models suggest that Ernesto still could regenerate over the eastern Pacific, that unusual event is not being predicted at this time. 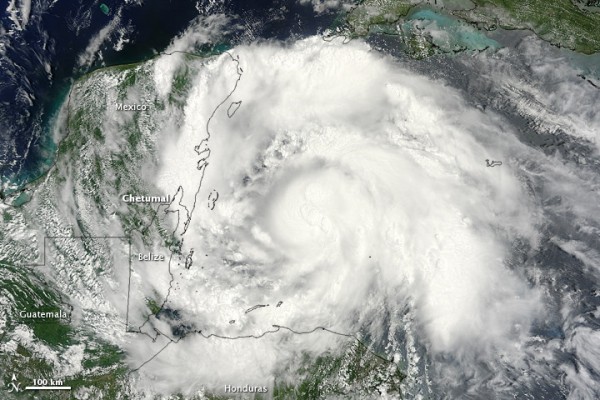 Elsewhere in the Atlantic, there are no other active tropical systems. A few tropical waves are being monitored, but none show signs of immediate development.