Tropical Storm "Iota" formed in the Central Caribbean at 21:00 UTC on November 13, 2020, as the 30th named storm of the 2020 Atlantic hurricane season. Iota is expected to strengthen into a major hurricane before it makes landfall in Central America. The same region that saw major floods and landslides caused by Hurricane "Eta" — in which nearly 300 people lost their lives — will experience another round of heavy rain and strong winds. Landfall is expected early Tuesday, November 17. The time to prepare is now.

Iota is also the 5th Caribbean named storm formation since October 1, along with Gamma, Delta, Zeta, and Eta.

"The 2020 Atlantic hurricane season is now tied with 2005 for the most Caribbean named storm formations after October 1 on record," Klotzbach added.

If the current forecast verifies, Iota will intensify into a major hurricane before it makes landfall in Central America — this would make it the 2nd major hurricane to form this month. Eta was the first. 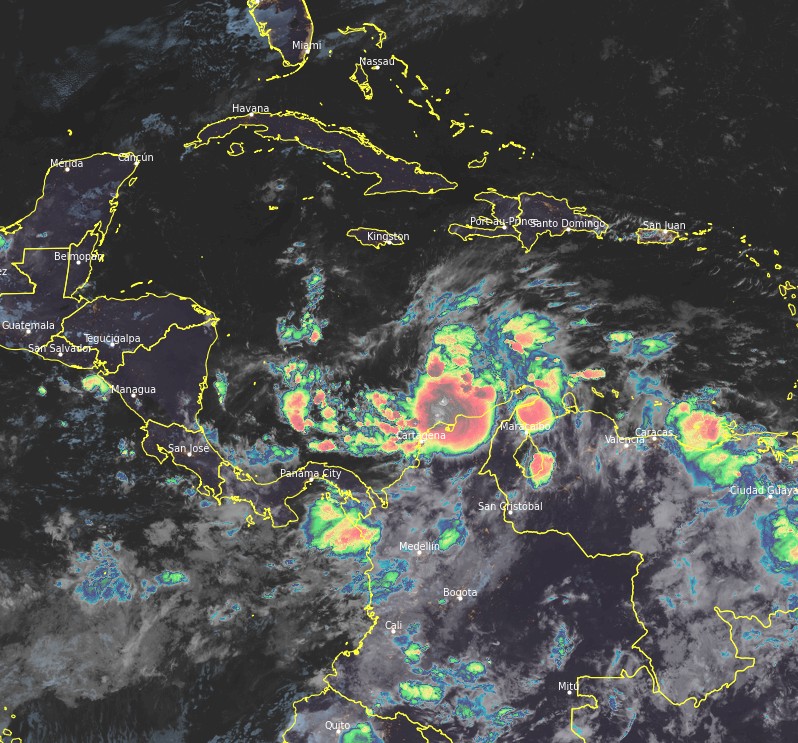 A westward motion with some increase in forward speed is expected to begin later today and continue through Monday, November 16.

On the forecast track, Iota will move across the central Caribbean Sea during the next day or so, and approach the coasts of Nicaragua and northeastern Honduras on Monday.

Steady to rapid strengthening is likely over the weekend, and Iota is forecast to be a major hurricane before it makes landfall. 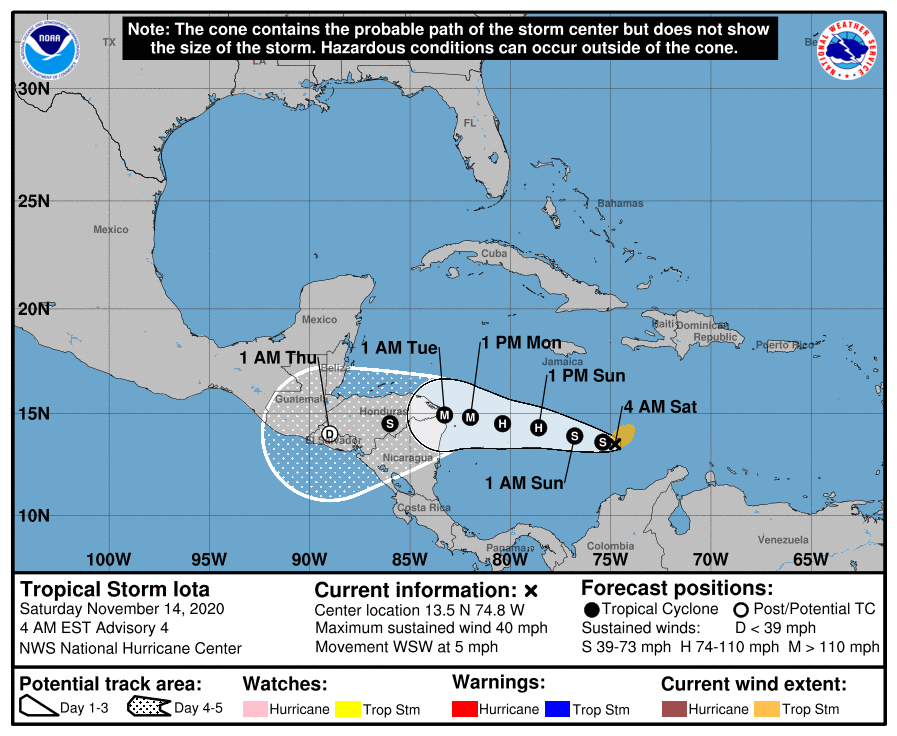 Honduras, northern Nicaragua, eastern Guatemala, and southern Belize could get 200 to 400 mm (8 to 16 inches) of rain from this system. Isolated maximum totals of 500 to 750 mm (20 – 30 inches) will be possible, especially from northeast Nicaragua into northern Honduras.

Costa Rica, Panama, and northern Colombia expect 100 to 200 mm (4 to 8 inches), with isolated maximum totals of 300 mm (12 inches). This rainfall would lead to significant, life-threatening flash flooding and river flooding, along with mudslides in areas of higher terrain.

Swells generated by Iota will affect portions of the coast of Colombia, and the southern coasts of Hispaniola and Jamaica during the next day or two. Swells will begin to reach the coasts of Nicaragua and Honduras on Monday.

Parts of Central America were ravaged by Hurricane "Eta" after it made landfall as Category 4 hurricane on November 3.

Eta left nearly 300 people dead before it dissipated off the coast of North Carolina, U.S. on November 13.