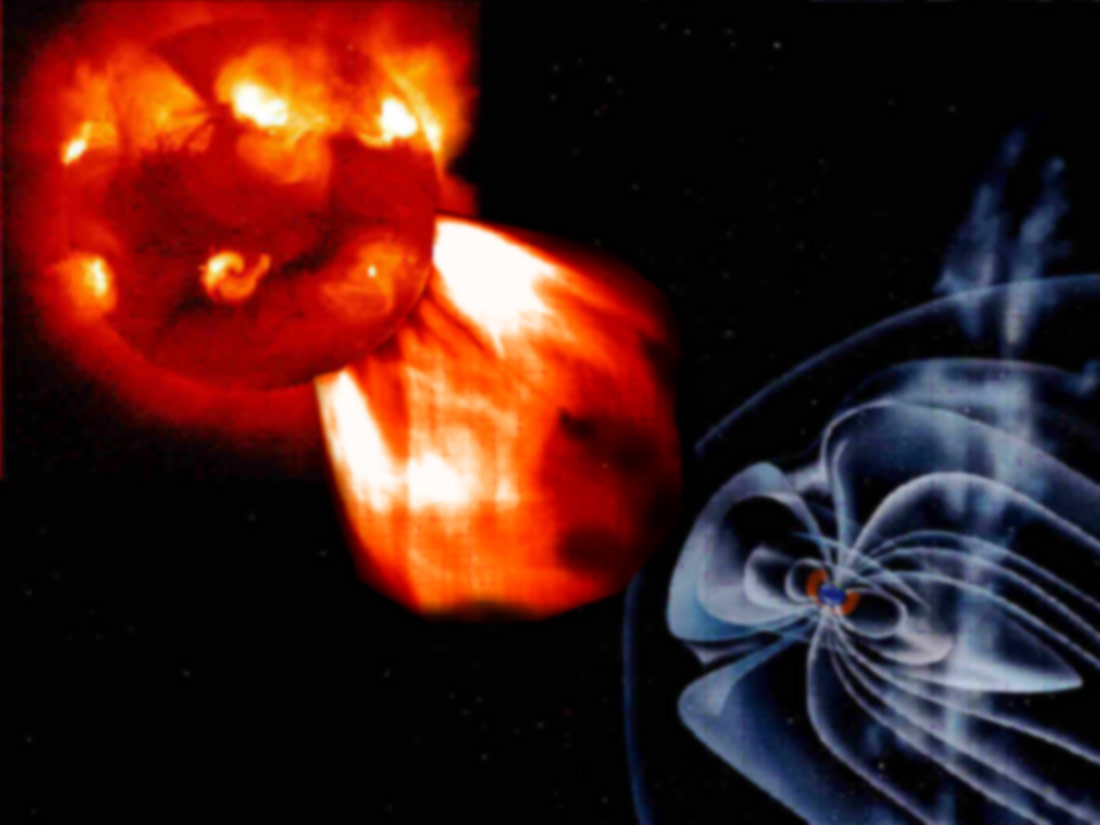 The northern lights interfere with radio communications, GPS navigation and satellite communications. Researchers are now going to launch 20 satellites containing world class instruments from the University of Oslo to find out why.

Satellites are becoming increasingly important in communications and navigation. This makes us more vulnerable to the northern lights, especially within offshore and aviation. In a worst case scenario an aircraft can lose contact with its surroundings. Oil tankers can struggle with precise navigation.

In order to more precisely predict when radio communications and navigation will fail, researchers require more information about what happens when violent solar winds hit the Earth and produce the northern lights.

The solar winds consist of charged particles and produce powerful turbulence in the ionosphere, which consists of plasma clouds with electrical particles at an altitude of 80 to 500 km. The turbulence interferes with radio signals. Sometimes they are reflected wrongly. On other occasions the signals are blocked altogether.

“In the northern regions GPS satellites lie low in the sky. This means the signals have to pass through the ionosphere. This reinforces the navigation problems,” says professor Jøran Moen of the Department of Physics at University of Oslo (UiO), Norway.

Universities around the world are now working together to understand what is happening at a micro-level in the plasma clouds. When they have found the answers, the space experts will be able to forecast space weather, just like meteorologists forecast the Earth’s weather every day.

UiO has developed very small instruments that can measure micro-structures and turbulence in the plasma clouds. The instrument consists of four needles that can be mounted on satellites about the size of a milk carton. No one else has managed this.

Unfortunately, a single satellite is not enough. It takes just over an hour and a half to orbit the Earth. This is far too long. The phenomena researchers are looking for often disappear after just an hour. Therefore, it is impossible to use a single satellite to study the changes over such a short time. The researchers need a lot of satellites, which will be spread around the Earth like pearls on a strong.

In 2013 the universities will work together to launch 50 small satellites into a polar orbit at an altitude of 320 km above the Earth. This will allow the satellites to pass each geographical point at intervals of just a few minutes, both above the polar regions and the equator.

The satellites will lose speed due to air resistance and their Earth orbits will continuously degrade.

This will provide the researchers with an opportunity to study all layers of the ionosphere. The calculated service life is three to eight weeks, depending on solar activity, before the satellites fall into the atmosphere and burn up.

The satellites are designed to be so small that they can all be launched on the same rocket. This is economical.

“20 of the satellites will concentrate on altitudes between 320 to 160 km. These satellites will be filled with our measuring instruments from UiO. This is the first fully Norwegian, scientific instrument in a satellite in history. That’s fun!” says research fellow Tore André Bekkeng of the STAR Project at UiO.

Bekkeng developed the electronics, produced the super fast algorithms, and made everything as compact as possible to save as much power as possible. He is now looking for the most suitable materials with which to clad the super thin antennae that will measure electron density.

Both the ESA and NASA have shown great interest in UiO’s instrumentation. NASA is also going to use the UiO invention in a rocket launch in Alaska in the spring.

Provided by University of Oslo (web) via phys.org