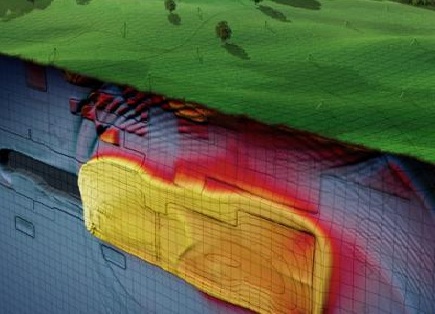 For those who study earthquakes, one major challenge has been trying to understand all the physics of a fault-both during an earthquake and at times of “rest”-in order to know more about how a particular region may behave in the future. Now, researchers at the California Institute of Technology (Caltech) have developed the first computer model of an earthquake-producing fault segment that reproduces, in a single physical framework, the available observations of both the fault’s seismic (fast) and aseismic (slow) behavior.

“Our study describes a methodology to assimilate geologic, seismologic, and geodetic data surrounding a seismic fault to form a physical model of the cycle of earthquakes that has predictive power,” says Sylvain Barbot, a postdoctoral scholar in geology at Caltech and lead author of the study.

A paper describing their model-the result of a Caltech Tectonics Observatory (TO) collaborative study by geologists and geophysicists from the Institute’s Division of Geological and Planetary Sciences and engineers from the Division of Engineering and Applied Science-appears in the May 11 edition of the journal Science.

“Previous research has mostly either concentrated on the dynamic rupture that produces ground shaking or on the long periods between earthquakes, which are characterized by slow tectonic loading and associated slow motions-but not on both at the same time,” explains study coauthor Nadia Lapusta, professor of mechanical engineering and geophysics at Caltech. Her research group developed the numerical methods used in making the new model. “In our study, we model the entire history of an earthquake-producing fault and the interaction between the fast and slow deformation phases.”

Using previous observations and laboratory findings, the team-which also included coauthor Jean-Philippe Avouac, director of the TO-modeled an active region of the San Andreas Fault called the Parkfield segment. Located in central California, Parkfield produces magnitude-6 earthquakes every 20 years on average. They successfully created a series of earthquakes (ranging from magnitude 2 to 6) within the computer model, producing fault slip before, during, and after the earthquakes that closely matched the behavior observed in the past fifty years.

“Our model explains some aspects of the seismic cycle at Parkfield that had eluded us, such as what causes changes in the amount of time between significant earthquakes and the jump in location where earthquakes nucleate, or begin,” says Barbot. 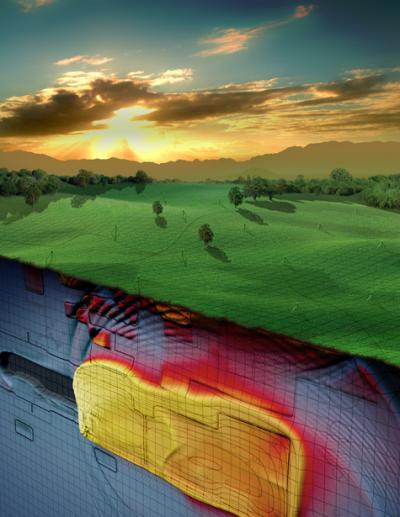 The paper also demonstrates that a physical model of fault-slip evolution, based on laboratory experiments that measure how rock materials deform in the fault core, can explain many aspects of the earthquake cycle-and does so on a range of time scales. “Earthquake science is on the verge of building models that are based on the actual response of the rock materials as measured in the lab-models that can be tailored to reproduce a broad range of available observations for a given region,” says Lapusta. “This implies we are getting closer to understanding the physical laws that govern how earthquakes nucleate, propagate, and arrest.”

She says that they may be able to use models much like the one described in the Science paper to forecast the range of potential earthquakes on a fault segment, which could be used to further assess seismic hazard and improve building designs.

Avouac agrees. “Currently, seismic hazard studies rely on what is known about past earthquakes,” he says. “However, the relatively short recorded history may not be representative of all possibilities, especially rare extreme events. This gap can be filled with physical models that can be continuously improved as we learn more about earthquakes and laws that govern them.”

“As computational resources and methods improve, dynamic simulations of even more realistic earthquake scenarios, with full account for dynamic interactions among faults, will be possible,” adds Barbot.

The Science study, “Under the Hood of the Earthquake Machine; Toward Predictive Modeling of the Seismic Cycle,” was funded by grants from the Gordon and Betty Moore Foundation, the National Science Foundation, and the Southern California Earthquake Center.

Featured image: This image shows an array of geodetic instruments at the surface of Earth and activity that was modeled on the fault below. The yellow colors indicate the highest speeds of slippage between plates along the San Andreas Fault. The reddish colors represent slower seismic speeds and the bluish colors indicate slippage at velocity close to the long-term advance of the San Andreas Fault. The dark color indicates a portion of the fault where the velocity is so small that it appears completely locked. Credit: Sylvain Barbot / Caltech.