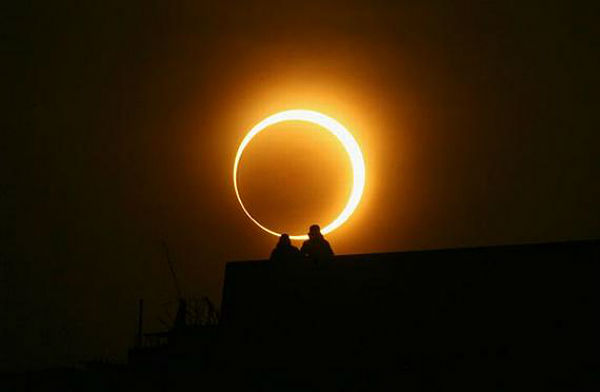 On Sunday, May 20th, the Moon will pass in front of the Sun, covering as much as 94% of the Sun. This event is called annular solar eclipse. The eclipse zone stretches from southeast Asia across the Pacific Ocean to western parts of North America and hundreds of millions of people will be able to witness the event. As the Moon crosses the sun dead-center, a circular strip or annulus of sunlight will completely surround the dark lunar disk. Visually, the sun has a big black hole in the middle. It is known as “the ring of fire”.

The eclipse will be visible from narrow band across eastern Asia, the northern Pacific Ocean and the western United States. The ring of fire phenomenon will be visible for as much as 4 and a half minutes. The maximum duration for an annular eclipse is 12 minutes 30 seconds.

Because some of the sun is always exposed during the eclipse, ambient daylight won’t seem much different than usual. Instead, the event will reveal itself in the shadows. Because the moon circles the Earth in an elliptical orbit its distance from Earth can vary from 221,457 miles to 252,712 miles.  But the dark shadow cone of the moon’s umbra can extend out for no longer than 235,700 miles; that’s less than the moon’s average distance from Earth. 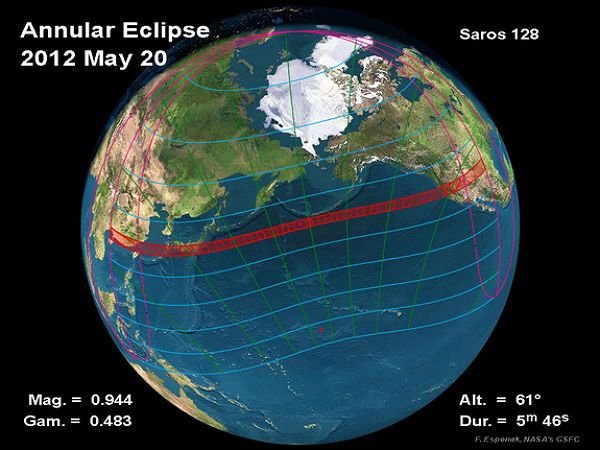 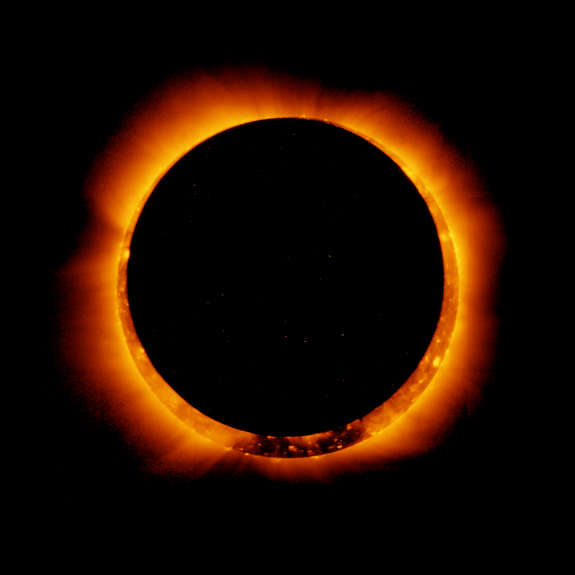 Experts warned that the ring of sunlight during annular eclipse is blindingly bright. Even though most of the Sun’s disk will be covered, you still need to use a solar filter or some type of projection technique. Aiming a camera at the eclipse unprotected could damage it. Hopeful photographers need to add a solar filter to their setup, which will wash out the view of the landscape.

Day before an eclipse we will inform you about how to and where to look for the event so stay tuned!