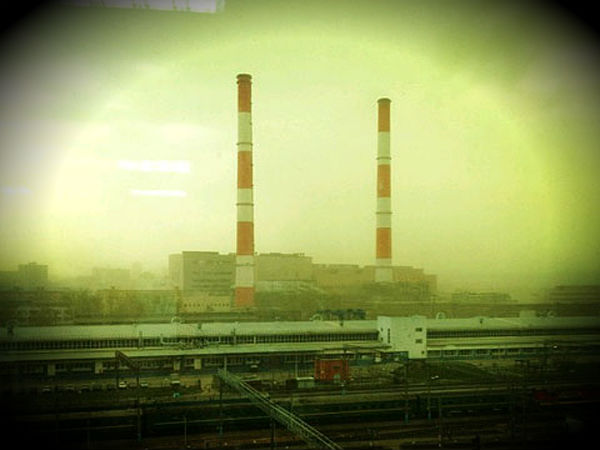 Mysterious green cloud hanging above the city of Moscow, Russia puzzled residents as Friday is the anniversary of the 1986 Chernobyl nuclear disaster in the Ukraine. Green dust clouds moved from the south-west. But according to Interfax, officials say that given the time of year and the atmospheric conditions, the mysterious green cloud is actually a cloud of pollen from birch trees.

It has been dry and warm for the past week in Moscow. With dry weather, pollen accumulates on leaves. With a sudden gust of wind, pollen can shake loose. High heat, which came to the Moscow region with an intense wind, caused the formation of a large amount of pollen, which, mixing and moving in the air, can form such a cloud.

According to the pollen monitoring , which are published on specialized sites devoted to the problems of allergy, April 26 in Moscow, recorded “extremely high levels of pollen in the atmosphere due to very heavy dusting of birch. In the coming days, the concentration of pollen will remain very high.” 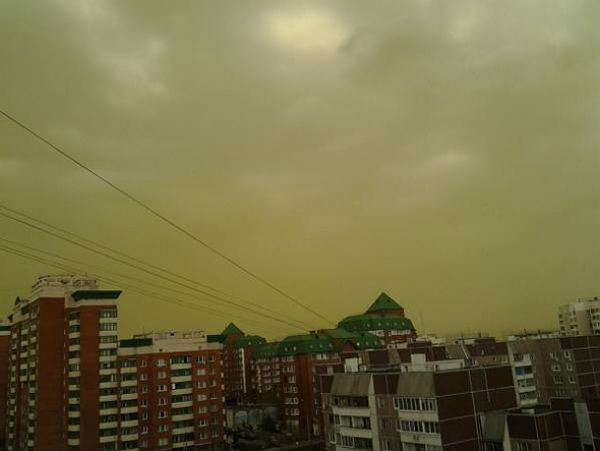 Meanwhile, in the emergency department for Moscow and Moscow region, “Interfax” explained that the pollen can form plaque, a yellowish-green color on the pavement, the windows of houses and cars.

The main danger of the pollen is for people with allergies and asthma. For the rest it is nothing more than seasonal discomfort. To date, there is an increase of suspended matter, which is typical for this time of the year. A concentration of specific impurities in the atmosphere of Moscow and Moscow region are within normal limits, “- said the representative of the MOE.

Wednesday evening green clouds covered half of Moscow after atmospheric front caused a violent storm with clouds of yellow-green color. The analysis showed that in connection with a violent spring bloom has begun once all the trees that led to such a huge amount of pollen. This is confirmed by the reaction of people who suffer from hay fever – allergic to pollen.