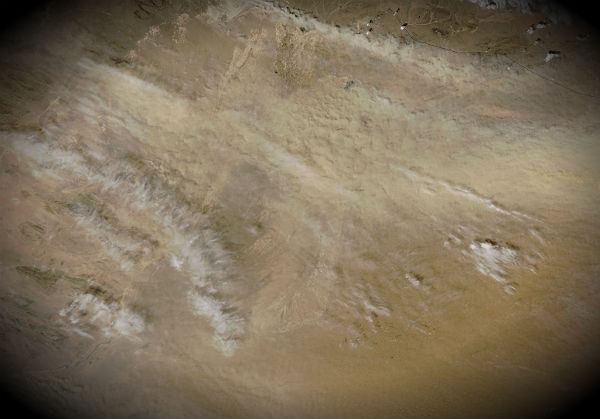 Dust plumes blew out of the Gobi Desert on April 26, 2012. Arising from source points along the border between southern Mongolia and China, the dust plumes fanned out toward the southeast.

The Gobi Desert straddles the China-Mongolia border, and holds landscapes ranging from sand and bare rock to grassy steppe. The Gobi is one of the world’s most abundant sources of dust. Dust storms tend to be the most frequent in the springtime, especially March and April. (EarthObservatory) 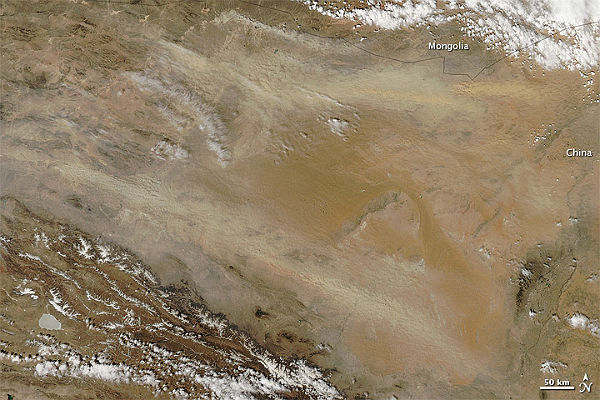 Gales have swept far-northwest China, whipping up dust storms, damaging houses and fanning fires, the xinhuanet website said on Monday. One person was reportedly killed. The number of damaged homes, some having their roofs blown away, was calculated at 165, as measured winds reached as high as 117 km/hr, or 73 mph.

More than 200 people fought 17 fires, burning between Sunday and Monday. The strong winds and fires hit the desert of Xinjiang Uygur in the far northwest, including the Turpan Basin.