Sunspot 1466 located in the northern hemisphere, produced an M1.0 Solar Flare at 08:24 UTC Friday morning. Despite all of the Sunspots this month, this was only the second M-Class flare in April. 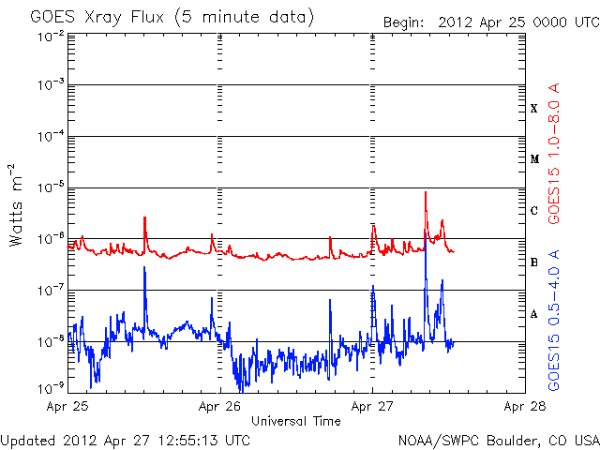 On April 26th around 06:00 UTC, an active region on the farside of the sun broke the calm with a powerful eruption. The same active region has since hurled three CMEs into space. The clouds will certainly miss Earth, but they might hit Mercury, which appears to be in the line of fire.