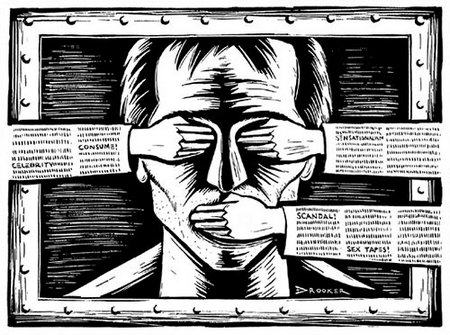 According to statistics CNN is loosing 50 percent of its total viewers leading the list of losers in the media. So it looks like people are turning elsewhere to get there news. To talk more about why people are choosing to ditch the mainstream networks and where they are turning to instead David Seaman a journalist and host of “The DL Show” joins RT’s Liz Wahl.

As TV Newser‘s Chris Ariens reported today: “CNN bore the brunt of the downward trend the news networks experienced this month and for much of the first quarter, when compared to the busy first few months of 2011.

The viewer exodus is not limited to CNN, though. Roger Ailes’ aging heavyweight champion FOX News “was not immune to a loss in viewership for the month of March and for the first quarter of 2012. For the month, Fox News is down -17%,” according to another post by Ariens.

Perhaps, if I may be so bold, this is what happens to you when you continue to report stories that no longer resemble — even remotely — what your own viewers see outside their windows and apartments.

CNN has barely covered the rapidly growing Occupy and Tea Party protests around the country, and as the clip from Current TV’s Cenk Uygur below points out, CNN gave zero prime-time coverage to the NDAA’s indefinite detention provisions, arguably one of the most devastating rollbacks of Americans’ civil rights ever.