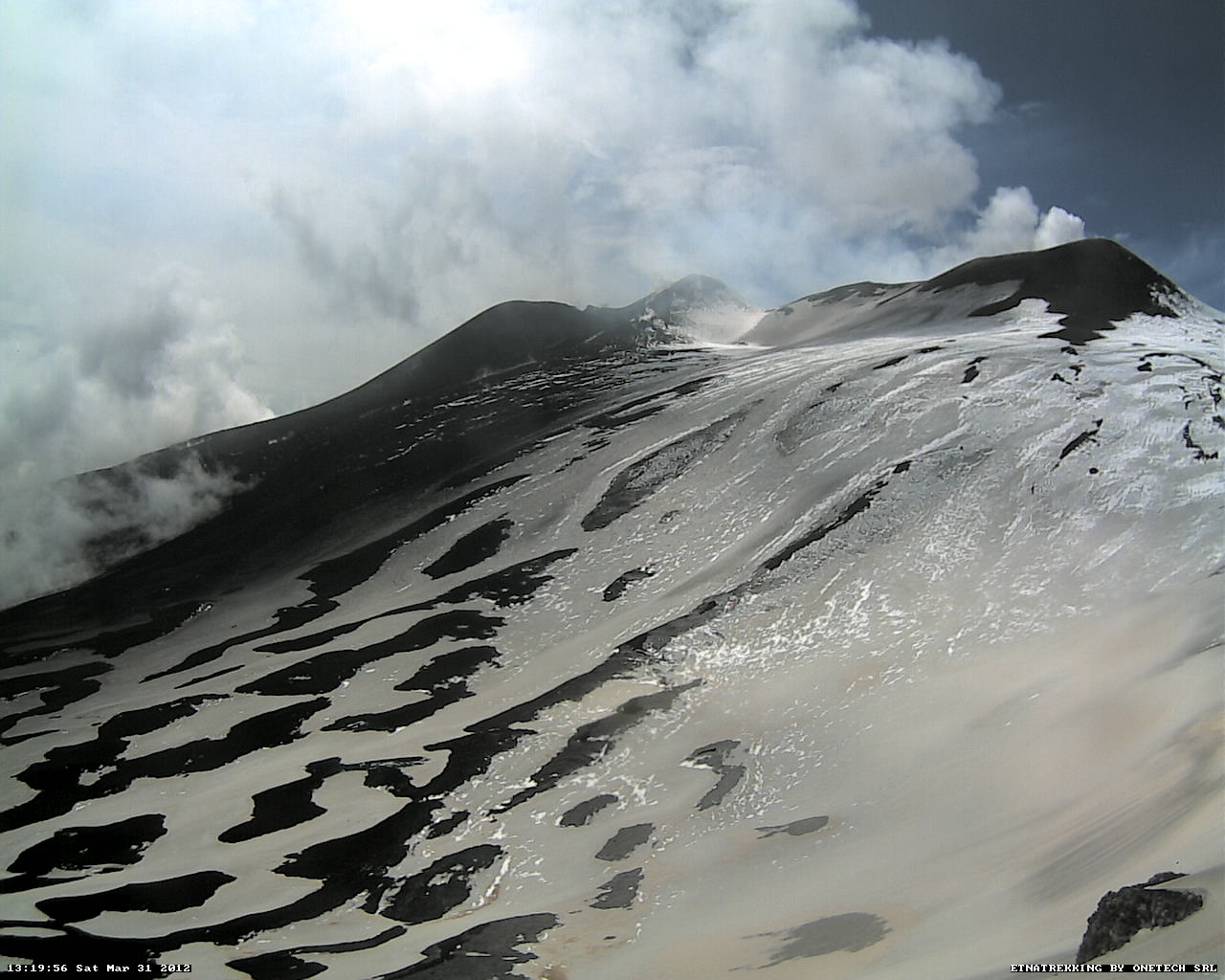 The tremor signal has started to rise sharply on Saturday,  March 31, which could mean that the 23rd paroxysm is about to occur. The next hours will show.

Explosions throw incandescent material tens of meters beyond the crater edge and, in some cases, bombs fall on the flanks of the cinder cone. During the late Friday afternoon and evening explosions followed one another with an average rate of 20-30 events per hour. The real-time seismic tremor signal shows no substantial changes in amplitude.

What already had been becoming evident late last night, the 23rd paroxysm of Etna’s New SE crater occurred early during the second half of the night to 1st April.
The climax of the eruption with tall lava fountains took place at around 3 am and was relatively short, as during the previous eruption. Lava flowed into the Valle del Bove and the southeastern sector of the Etna and the surroundings received ash fall.

It is interesting to note that interval since the previous eruption, 14 days, was exactly the same as the previous interval. This suggests that once again, a certain rhythm might have established itself, and if that is true, the next paroxysm should be expected around 15 April…