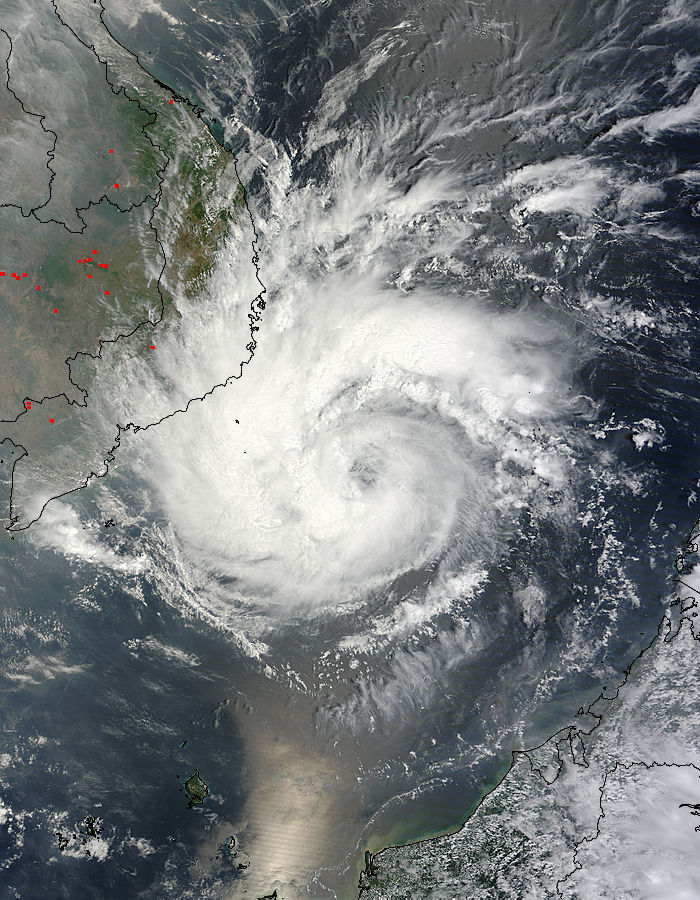 According to the Saffir-Simpson damage scale the potential property damage and flooding from a storm of Pakhar’s strength (category 1) at landfall includes:

Storm surge generally 1.2-1.5 metres (4-5 feet) above normal.
No real damage to building structures.
Damage primarily to unanchored mobile homes, shrubbery, and trees.
Some damage to poorly constructed signs.
Some coastal road flooding and minor pier damage.
There is also the potential for flooding further inland due to heavy rain.

The information above is provided for guidance only and should not be used to make life or death decisions or decisions relating to property. Anyone in the region who is concerned for their personal safety or property should contact their official national weather agency or warning centre for advice. (TropicalStorm Risk (TSR))

NASA’s Aqua and TRMM satellites have been providing forecasters with valuable data on Typhoon Pakhar, that includes rainfall rates, cloud extent and temperature.

The Tropical Rainfall Measuring Mission (TRMM) satellite flew almost directly over Pakhar when it was a newly formed tropical storm in the South China Sea on March 29, 2012 at 11:22 UTC/4:22 p.m. Asia local time (or 7:22 a.m. EDT). The intensifying storm had wind speeds of about 45 knots (~52 mph/~83 kph) and was moving toward the west-northwest when viewed by this TRMM pass. A rainfall analysis used data from TRMM’s Microwave Imager and Precipitation Radar (PR) instruments. It showed that moderate to heavy rainfall of about 35 mm/hr (~1.4 inches) was located in an area around Pakhar’s southwestern side. 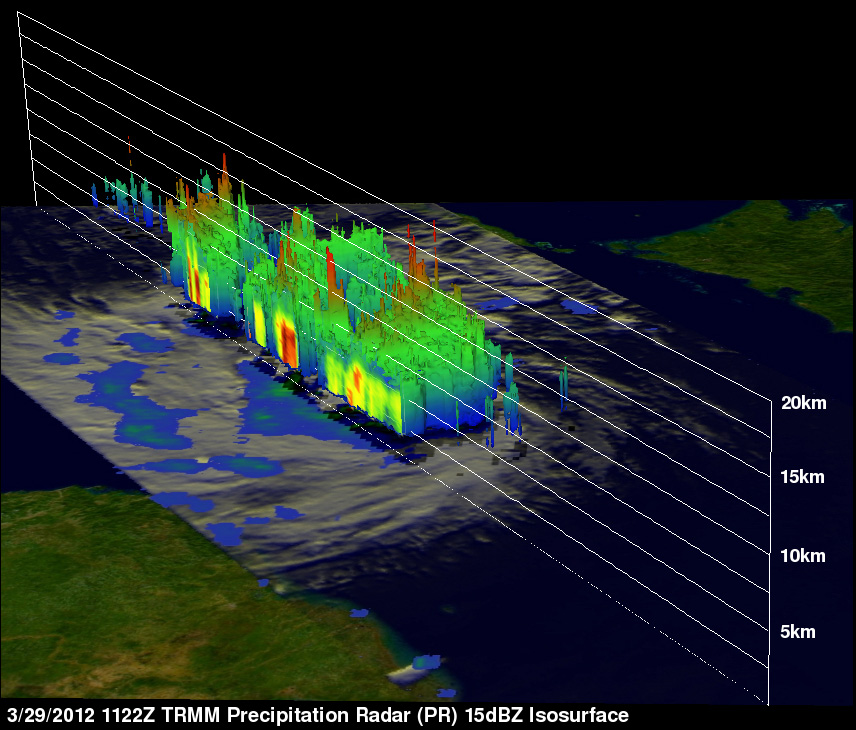