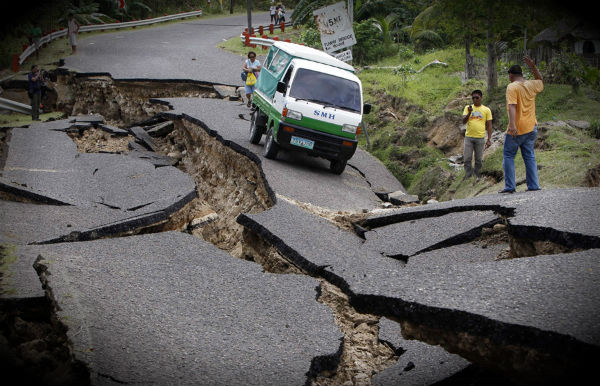 A swarm of earthquakes hit Philippines last two days. An earthquake of magnitude 6.7  yesterday was the strongest and it occurred in the very highly populated region of Central Visayas in Philippines. Philvolcs, the Philippines seismological bureau has reported a magnitude of 6.9 at the shallow (damaging) depth of only 10 km. More than 700 aftershocks were recorded in Visayas so far. There were reports about dozens of collapsed bridges and cracked roads,  rockfall, landslides and road slip. The official death toll stands at 15. Military sources are claiming however that 43 people have lost their life. Most of the casualties were victims of the landslides. Many aftershocks are currently hitting the epicenter area.

Guihulngan City with population around 100,000 has been the hardest hit with a total loss of power and water supply. Guihulngan City is at least 30 km from the Phivolcs located epicenter. The majority of the homes have completely collapsed in Tibyawan, Ayungon, Negros Oriental. Many of the families their currently have no access to food or water because of the roads being damaged. PIA reports that Jimalalud, Guihulngan and La Libertad cannot be reached due to damage to bridge. 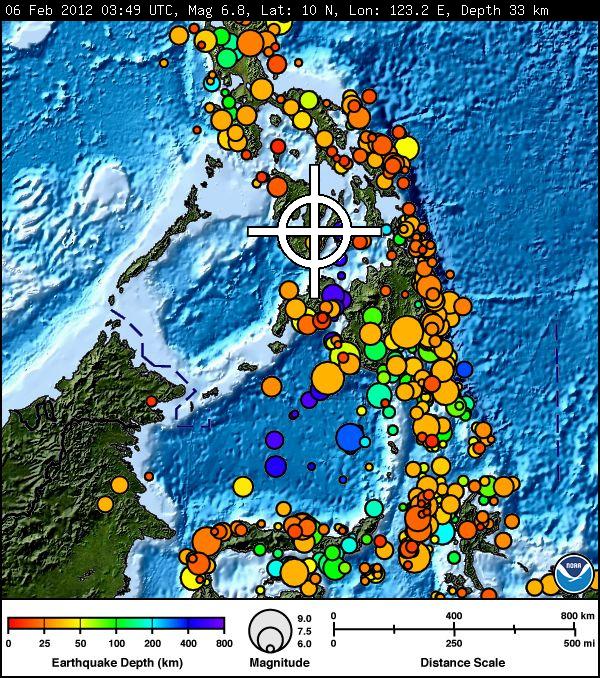 There were reports about retreating sea which is indication of possible tsunami waves. Rising sea water wiped few cottages along seashore.  The tsunami alert was issued for the Cebu and Negros coastlines. Local tsunami alerts have been put out in the Visayas region – Alert Level 2 – stay away from the coast due to unusual waves. Bellow is the video showing rise of the sea water in La Libertad . For more damage reports and earthquake data please visit EarthquakeReport. 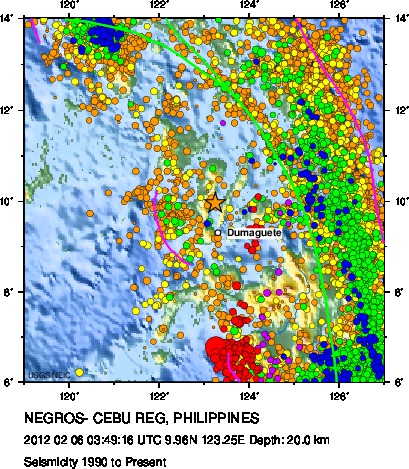 The Eurasian Plate is being subducted along the western side of Luzon and Mindoro at a rate of 3cm/year. The Philippine Fault Zone decouples the northwestward motion of the Pacific with the southwestward motion of the Eurasian Plate. Movements along other active faults are responsible for the present-day high seismicity of the Philippine Archipelago. For the last 35 years, the Philippines have been affected by 10 earthquakes with magnitude greater than 7.0.

Destructive Earthquakes in the Philippines 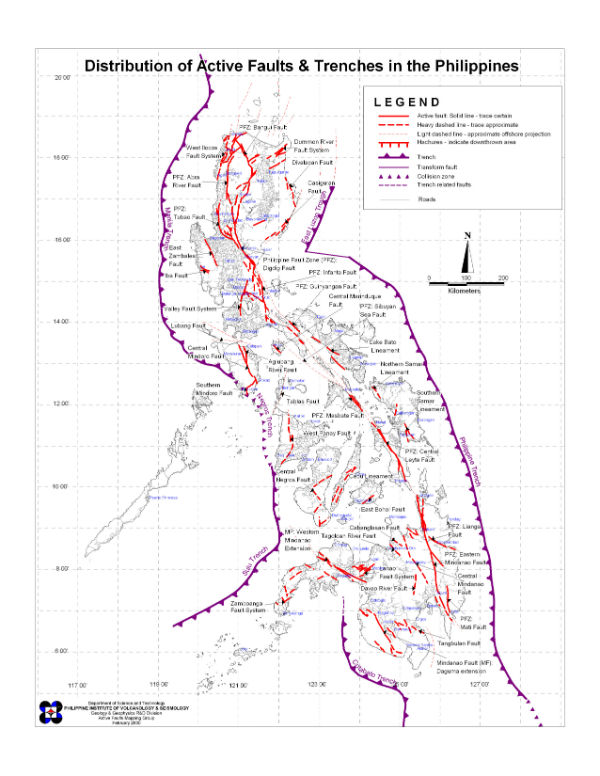 The 1,200-km-long Philippine fault zone (PFZ) is a major tectonic feature that transects the whole Philippine archipelago from northwestern Luzon to southeastern Mindanao. This arc-parallel, left-lateral strike slip fault is divided into several segments and has been the source of large-magnitude earthquakes in recent years, such as the 1973 Ragay Gulf earthquake (M 7.0), 1990 Luzon earthquake (M 7.7)  and 2003 Masbate earthquake (M 6.2). These are direct consequences of rapid convergence between the Philippine Sea Plate and the Sundaland Plate (part of the Eurasian Plate) along dual, opposing subduction in the Manila Trench (western margin), and along the East Luzon Trough-Philippine Trench (eastern margin). In addition to these features, strike-slip faulting also occurs along the NW-SE-trending Philippine Fault System and the Verde-Passage/Sibuyan Sea Fault. Extensive faulting and deformation is also observed in southwestern Luzon, along the Marikina Fault System and the Macolod Corridor. 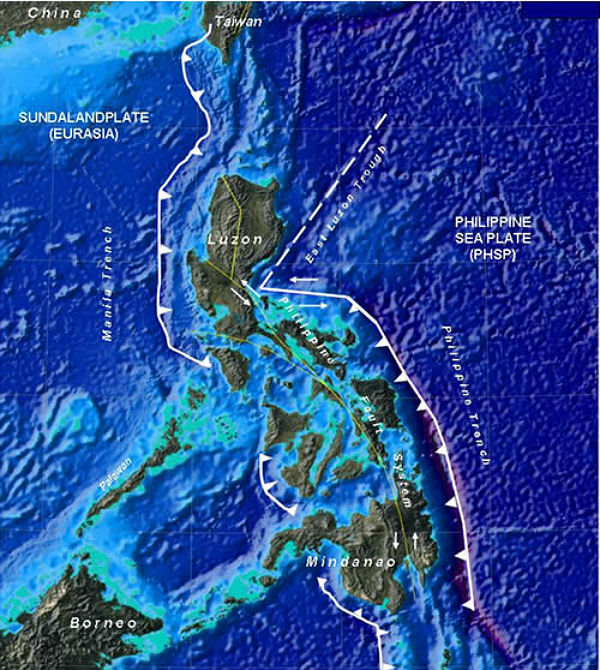 Philippines Institute of Volcanology and Seismology 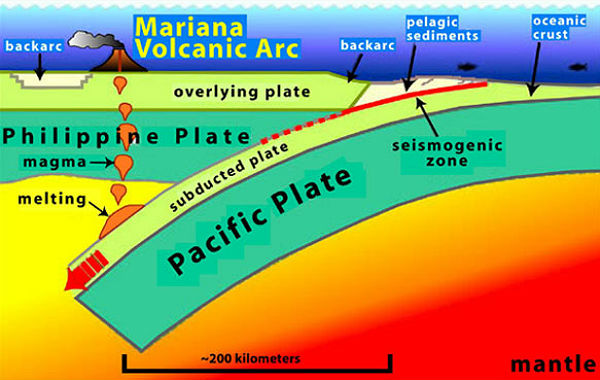