Jasmine formed as a tropical storm over the South Pacific Ocean on February 4, 2012, and strengthened to a tropical cyclone two days later. On February 7, Jasmine’s clouds stretched over the northern tip of New Caledonia. The U.S. Navy’s Joint Typhoon Warning Center (JTWC) reported that the storm had rapidly intensified, developing a ragged eye spanning 24 nautical miles (44 kilometers). Jasmine had maximum sustained winds of 100 knots (185 kilometers per hour) and gusts up to 125 knots (230 kilometers per hour). 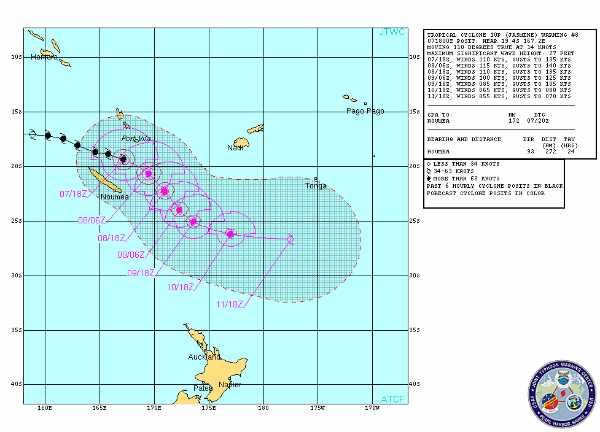 The JTWC forecast that Jasmine would move toward the southeast, past New Caledonia, before changing course toward the east. The storm was expected to experience a modest intensification over the next 24 hours, then gradually weaken. 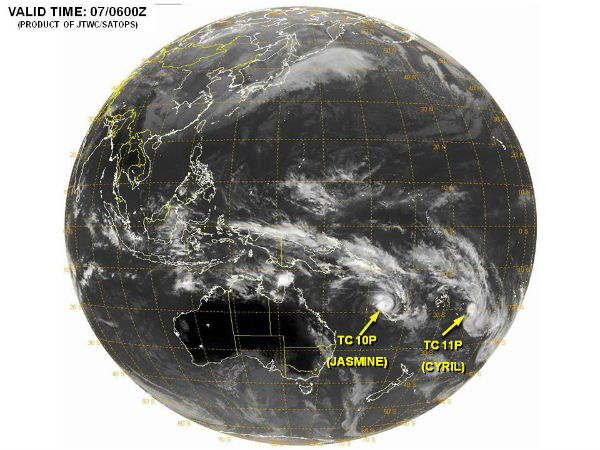