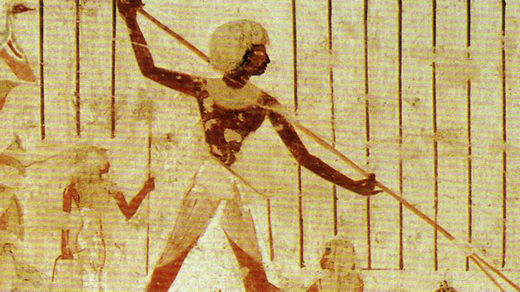 Fish hooks and fishbones dating back 42,000 years found in a cave in East Timor suggest that humans were capable of skilled, deep-sea fishing 30,000 years earlier than previously thought, researchers in Australia and Japan said in Friday’s issue of the journal Science.

Fish appeared in the human diet about 1.9 million years ago. Early catchers waded into freshwater lakes and streams without the need for boats or complex tools. It wasn’t until later that humans decided to ply the ocean in search of fish.

The latest evidence comes from an excavation on the southeast Asian island of East Timor where remains of tuna and other deep-water fish were uncovered inside a cave. Using dating techniques, a team led by archaeologist Susan O’Connor of Australian National University determined the age to be 42,000 years old — making it the earliest evidence for ocean fishing.

The artefacts — nearly 39,000 fishbones and three fish hooks — were found in a limestone cave in Jerimalai in East Timor, 50 metres (165 feet) above sea level, said Sue O’Connor from the Australian National University’s department of archaeology and natural history.

Modern humans were capable of long-distance sea travel 50,000 years ago as they colonised Australia, but evidence of advanced maritime fishing has been rare. Researchers until now have only been able to find evidence of open-ocean fishing up to 12,000 years ago.

O’Connor and her colleagues, who published their findings in the journal Science, found the bones and hooks in a 1 sq metre “test pit” in the cave, 300 metres (985 feet) from the coast.

“All the bones we got inside were just the result of human meals, 40,000 years ago,” said O’Connor. “They were living in that shelter and we are fortunate that all the materials are preserved so well in that limestone cave, which preserves bone and shell really well,” she said. The fish hooks were apparently made from the shells of the Trochus, a large sea snail. “They are very strong shell … we think they just put bait on and dropped the hook in the water from a boat (at the) edge of a reef,” O’Connor said.

The fish bones were traced to 23 species of fish, including tuna, unicornfish, parrotfish, trevallies, triggerfish, snappers, emperors and groupers. “Parrotfish and unicorn were probably caught on baited hooks … but tuna are deepwater, fast-moving fish. Tuna and trevallies were probably caught by lure fishing,” O’Connor said.