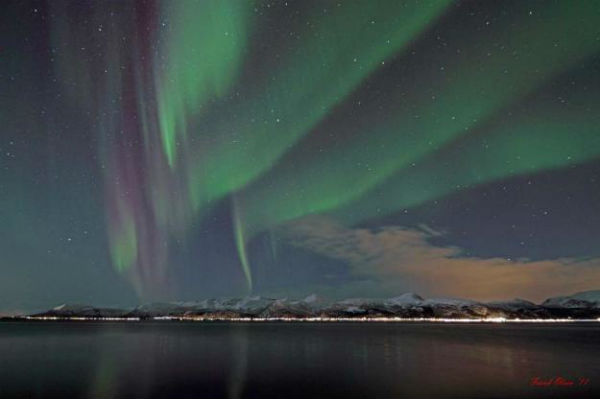 Polar Light Center in Lofoten, Norway recorded today around 13:20 UTC, a wave of ionization that swept through the high atmosphere over Europe after sunspot AR 1389 unleashed another M2-class solar flare. NOAA/SWPC forecasters estimate a 40% chance of more M-flares and 5% chance of X-flares during the next 24 hours. 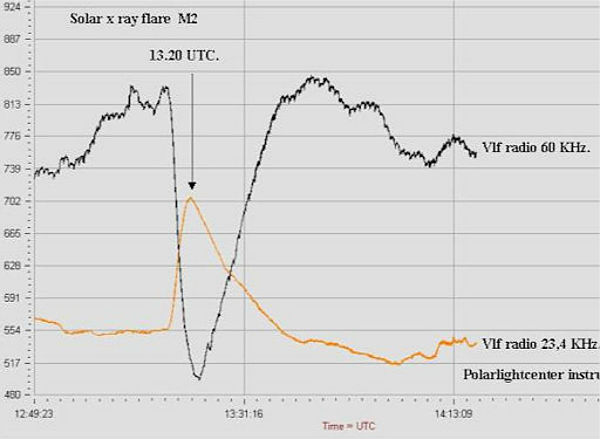 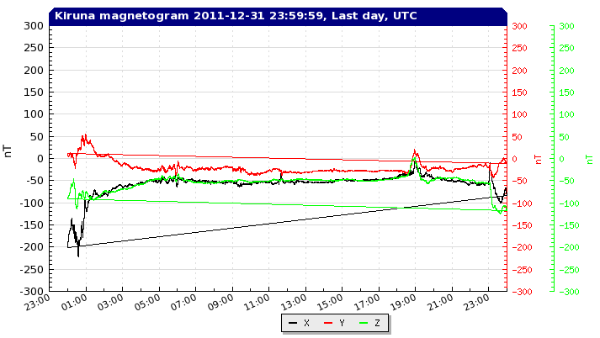 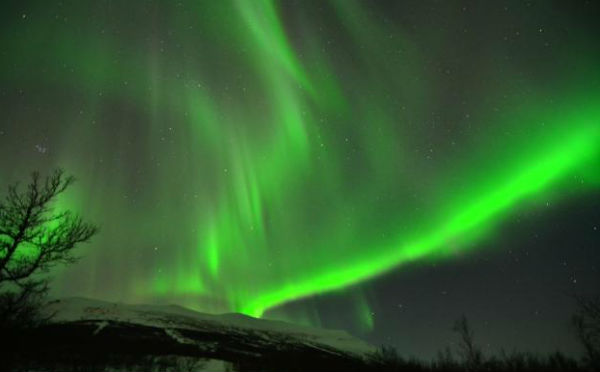 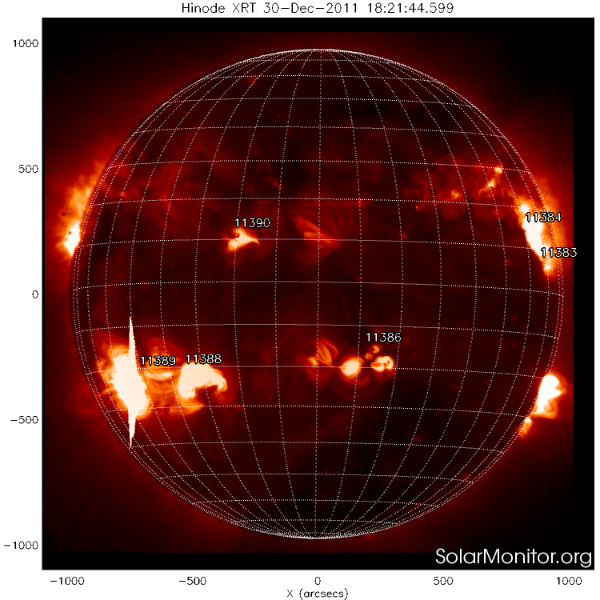 Sunspot 11389 continues to increase in size and is now classified as a beta-gamma region. The region has produced a couple of low C-class flares recently and has been quiescent since 00:00 UTC. There is still a chance for some intermediate level activity over the next 24 hours.

Joint USAF/NOAA Report of Solar and Geophysical Activity (31 Dec 2011)
Solar activity was moderate. There were two M-class x-ray flares from Region 1389 (S23E31), the largest of which was a M2/Sf at 31/1315Z accompanied by a 150 pfu tenflare. The second was a M1/1F at 31/1626Z. This region was classified as an Ekc type group with beta-gamma characteristics. Region 1386 was also active, producing a C1/Sf flare at 31/1731Z. The remaining regions were stable. Solar activity is expected to remain at predominantly low levels, with a chance for occasional M-class activity from Region 1389.
The geomagnetic field was quiet. Solar wind speed at the ACE spacecraft was about 350 km/s and Bz was mostly neutral to slightly negative. The geomagnetic field is expected to reach unsettled levels for the next three days (1-3 January) as a recurrent coronal hole high speed stream becomes geoeffective. There is a slight chance for active conditions during this period. 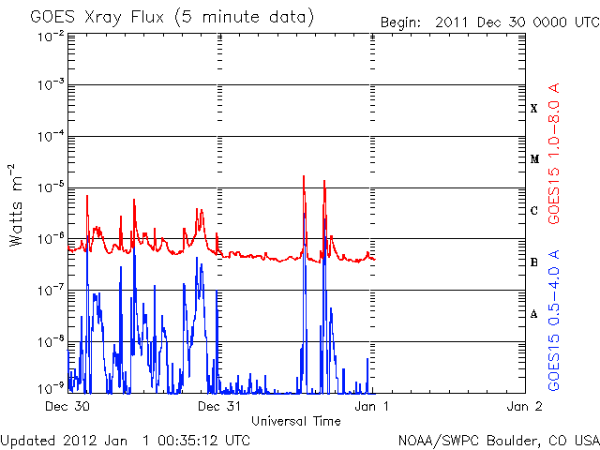 Sunspot 1389 is continuing to produce solar flares. Solar activity was fairly low during the latter part of Friday, however an M2.4 s/f was detected Saturday morning at 13:15 UTC followed by an M1.5 event at 16:26 UTC. The first event produced a short lived 10cm Radio Burst (TenFlare). There does not appear to be any significant CME. All other visible regions are currently stable. Late Friday, a large prominence located towards the top of the Sun exploded and produced a Coronal Mass Ejection (CME). This blast was directed to the north and not towards Earth.

A minor solar wind stream buffered Earth's magnetic field and generated auroras around the Arctic Circle on Dec. 30th. Here are some images of auroras taken from Norway. 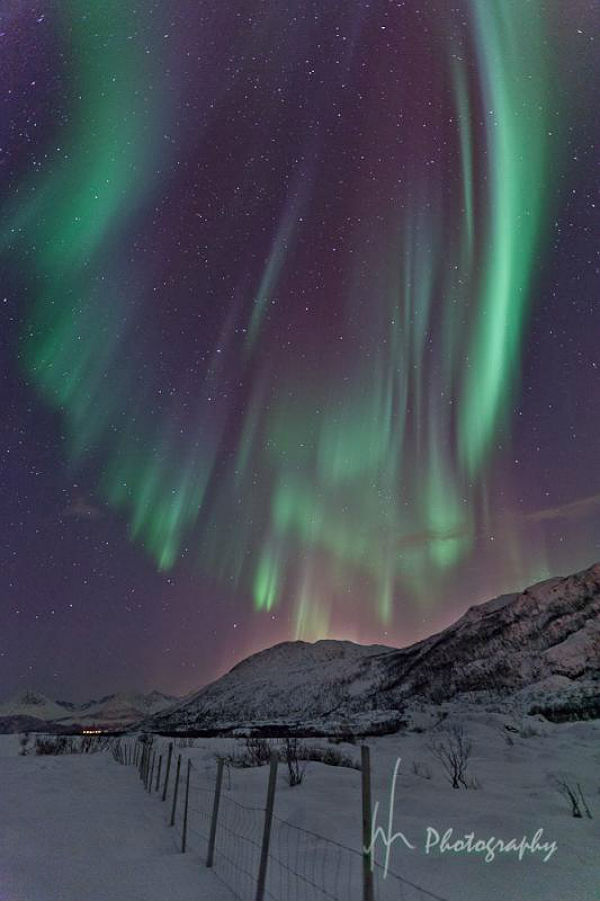