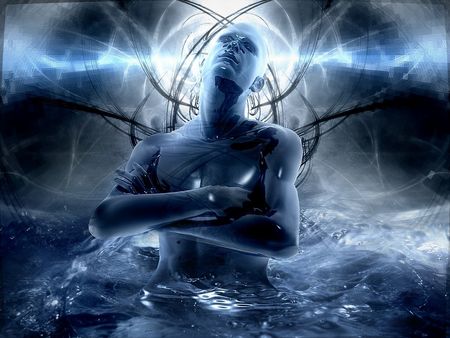 I was recently speaking to my friend Darielle Archer, a guided imagery specialist, who reminded me that back in the 1970’s it was a provocative notion to suggest a connection between the mind and the body to heal the effects of a disease like cancer – if anyone spoke of alternative treatment at all.

The conventional wisdom then was that cancer was a death sentence, painful and slow, and that all medical science could do was go through the motions to ease the suffering. But a curiosity about why patients with similar cancers and similar treatments responded differently led to a conclusion that those with a more positive outlook tended to respond better to treatment and went on to live longer, with fewer side effects.

The discovery was more stunning at the time because it came from a recognized, reputable member of mainstream medicine, radiation oncologist Dr. Carl Simonton, who went on to say that feelings of hopelessness actually contributed to a hastier death, and those doctors who offered patients no hope of survival or recovery were part of the problem.

Simonton added elements of meditation and emotional support to a cancer treatment program at Travis Air Force Base in California in the early 1970’s and a few years later at a research and counseling center he founded in Fort Worth. He felt – and insisted he could demonstrate – it gave patients more of a sense of control over their cancer. His work was instrumental in the development of what is now referred to as guided imagery. He taught his patients to visualize their bodies in a literal war with cancer – cell by cell – and winning.

Guided imagery, or mental imagery, is widely accepted and used now to manage the side-effects of cancer, specifically tension, blood pressure, and pain. Researchers at the National Pain Foundation say they’ve concluded that while stress doesn’t cause pain, it can amplify it, and the reduction of tension in the body can reduce its effects.

They also maintain lower tension can also boost the immune system. The research, they say, shows that pleasing images created through the imagination in one part of the brain can actually ease chronic pain processed in another part of the brain, and that in some patients the image is so strong that the brain believes it to be real.

With a little technique and practice, anyone can be taught to guide themselves into relaxation, more deeply and quickly each time, and stay in that state for extended periods of time to escape bodily stressors. Who wouldn’t learn how to do this, given how easy and helpful it is?

Reservations about guided imagery remain, as the medical establishment dares not endorse something so inexpensive, empowering and self-guided.