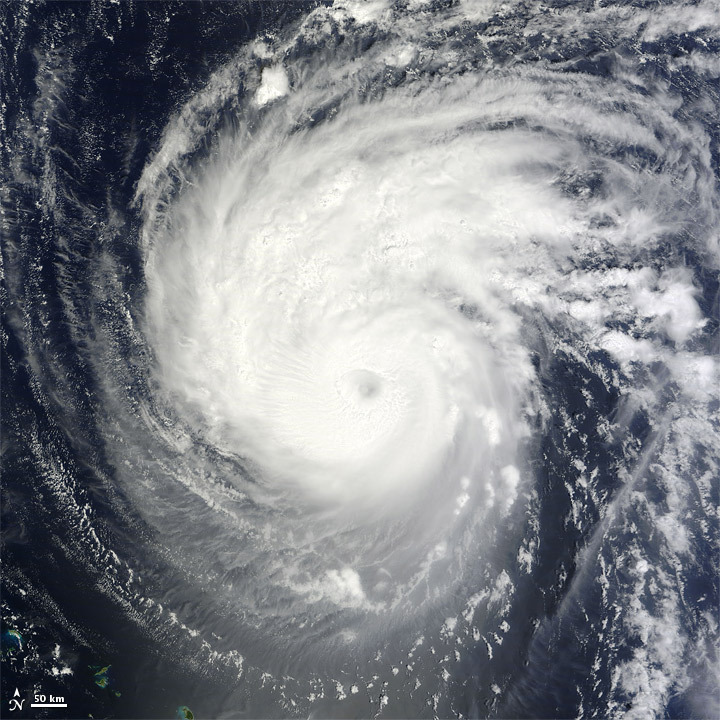 Tropical cyclones are formed mostly between 10 and 30 degrees north and south, but it happens sometimes that they make the trip north to us.

According to longrange computer models, Katia could be the most powerful storm to hit the UK in over 300 years! One of the model runs shows Katia as a CAT 4 hurricane with winds over 140 mph as it approaches the UK, stronger than The Great Storm of 1703.

It seems that less than a week from now the UK and Ireland could be being lashed by 140 mph winds and 35 foot high waves! Computer models showing Katia weakens as it passes by the East Coast of the US, then regains strength as it approaches the UK and Ireland, with one model showing winds of over 140 mph, a major CAT 4 hurricane. Models showing Katia moves across the Atlantic towards Europe much quicker than it moved from Africa to the US.

Only comfort is that forecast models aren’t always accurate and they cannot always predict the right path of tropical storms and hurricanes.

The worst of the weather is expected to hit Scotland and Northern Ireland with an area of low pressure over the north of Scotland blamed for the freakish conditions. The Met Office confirmed this week’s gusty forecast looked set to continue into next week, with winds likely to lash parts of Britain.

Britain has had its coldest summer since 1993, with an average temperature of just 56F (13.6C). August was one of the dullest on record after around 100mm of rainfall, 30 per cent more than the average expected for the month, with just 150 hours of sunshine.

Downpours prompted the Environment Agency yesterday to put in place four flood warnings and 19 flood alerts across the country. Southern Britain was lashed by driving rain and gale-force winds with gusts reaching 60mph, forcing the cancellation of ferries out of Portsmouth.

Right now UK experiencing the tail end of the last hurricane Irene, as it tracked NE towards Iceland.

Norwegian forecasters warns that Katia could hit Norway on Tuesday and Wednesday of next week. Storm can get as much as 50 to 70 millimeters of rain a day in the north of the west coast.

Hurricane Katia weakened further overnight becoming a category one storm through Wednesday morning. The system is forecast to track between Bermuda and the US east coast before shifting northeast across the Atlantic, eventually tracking to the northwest of Ireland and the United Kingdom.

Katia emerged in the far eastern Atlantic on August 29 as a tropical depression before slowly strengthening into a hurricane. Dry air and shear caused the storm to weaken several times before the system quickly restrengthened into a category two hurricane on Sunday, and then a category four hurricane on Monday.  It was later downgraded to a category two storm.

Later this week Katia, by then an extratropical low, is expected to move east across the Atlantic and track between Iceland and Ireland and the United Kingdom (UK).

Katia is the eleventh named storm of the 2011 Atlantic hurricane season. The name was added to this year’s rotating storm roster to replace Katrina which killed more than 1,800 people in August 2005 when it made landfall near the Louisiana-Mississippi border. Storm names are retired when they cause a large number of fatalities.

According to figures released last month, NOAA’s Climate Prediction Center is expecting an above-normal hurricane season in the Atlantic this year. The outlook calls for 14 to 19 named storms, with seven to ten becoming hurricanes and three to five expected to become a major hurricane (category 3 or higher).