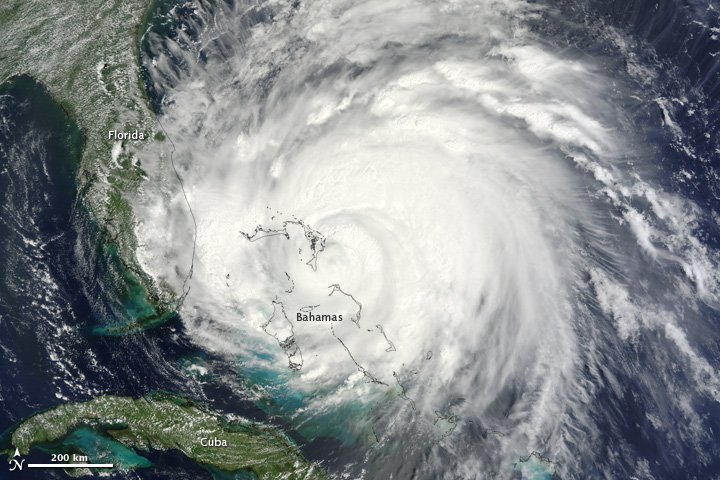 Hurricane Irene, the first hurricane of the 2011 Atlantic season, has now organized itself into a major storm and is barreling northward toward the United States’ eastern coastline. Several factors have contributed to the growing strength of the storm, now a Category 3 hurricane packing winds of 115 mph (185 kph), which could intensify in the coming days.

Hurricane-hunting aircraft have been flying into the storm since Saturday (Aug. 20).  The latest update from the planes indicates the storm has recently turned north-northwest as expected, and forecasters have shifted the projected track of the storm slightly westward, closer to the U.S. coastline.

Irene reached Category 3 status on the Saffir-Simpson scale of hurricane strength with winds of 115 mph (185 kph) early yesterday (Aug. 24). Satellites could see that the hurricane was stronger because it’s eye was visible from space. An eye (the calm area at the center of a storm) typically only forms when a hurricane becomes strong and well-organized. Surrounding the eye is the eyewall, which is typically where the most ferocious winds of a storm are found.

The satellite’s observations were assembled into a movie showing the Irene’s intensification. <Watch the video here. >

There is potential for the worst hurricane impacts in 50 years along the northern part of the Atlantic Seaboard as Irene plows northward. The impacts on lives, property, commerce and travel will be serious.

While Irene is not forecast to track as far west, nor as fast, as Hazel did in 1954, it will ride up along the mid-Atlantic coast in such a way as to inflict major damage in many coastal and some inland communities.

If you live near the projected path of Irene, you are at risk for power outages, flooding problems and property damage with this storm.

Irene will bring serious flooding from heavy rain in the coastal mid-Atlantic and portions of New England. It is not a question, not a risk; it is a certainty. 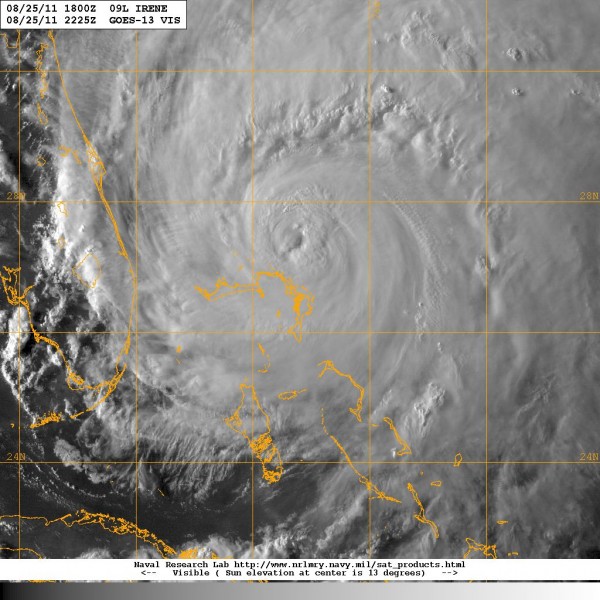 Many areas in the Northeast have been hit with record or near-record rainfall for the month of August, and a few are flirting with their wettest month ever. Rain from thunderstorms in advance of Irene will make matters worse.