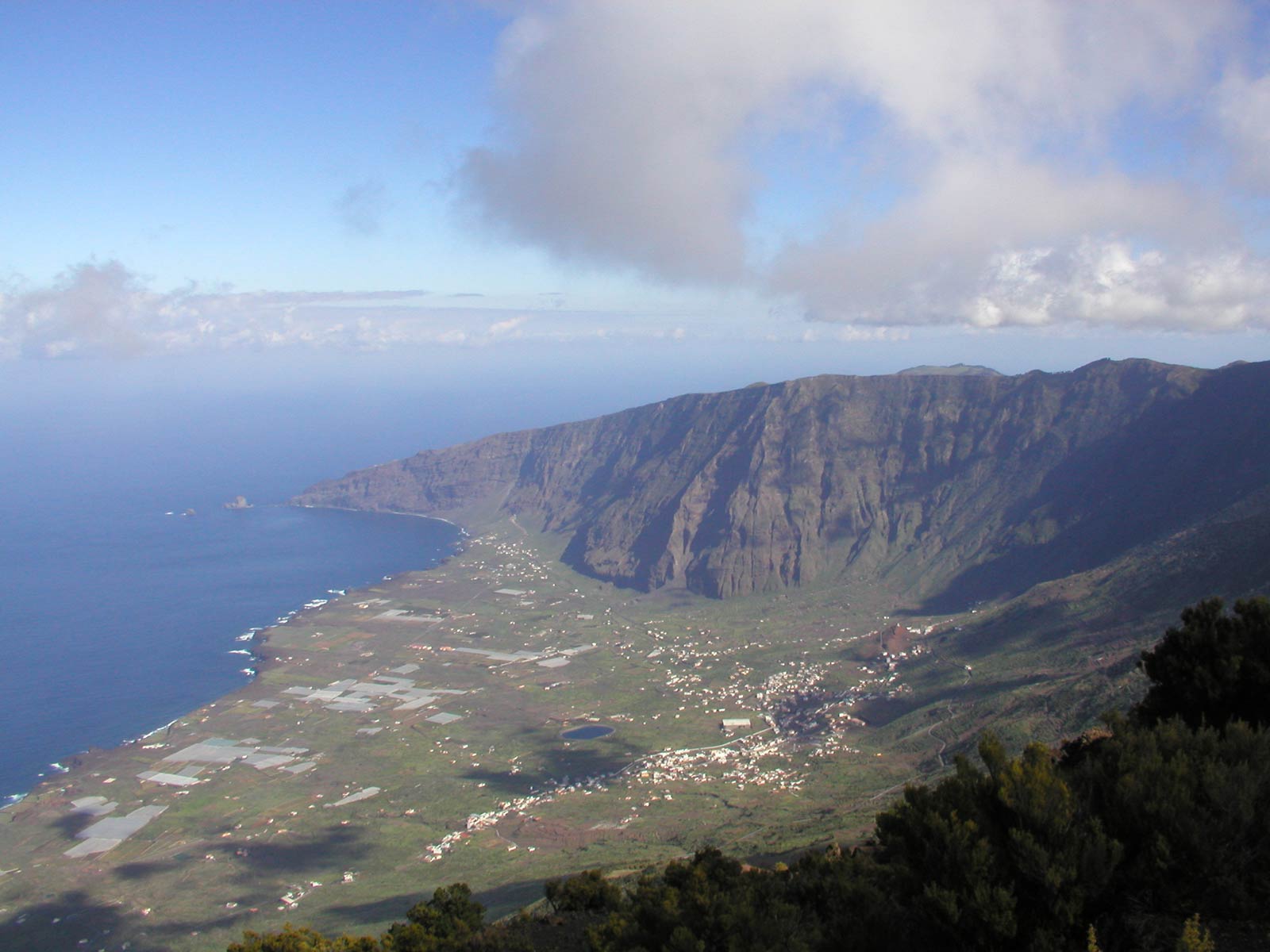 The number of daily earthquakes recorded on the smallest of the Canary Islands (Spain), El Hierro, has increased considerably in recent days. The Instituto Volcanologico de Canarias has also reported a 1cm inflation over part of the island’s volcano following on from GPS analysis.

The total number of tremors recorded during the past five weeks has now exceeded 4200, according to the Instituto Geografico Nacional (IGN). The majority of the earth tremors range between 1 and 3 magnitude. More than 431 earthquakes, including one measuring 3.5 magnitude on the Richter Scale, were recorded on Monday (22 August) alone. 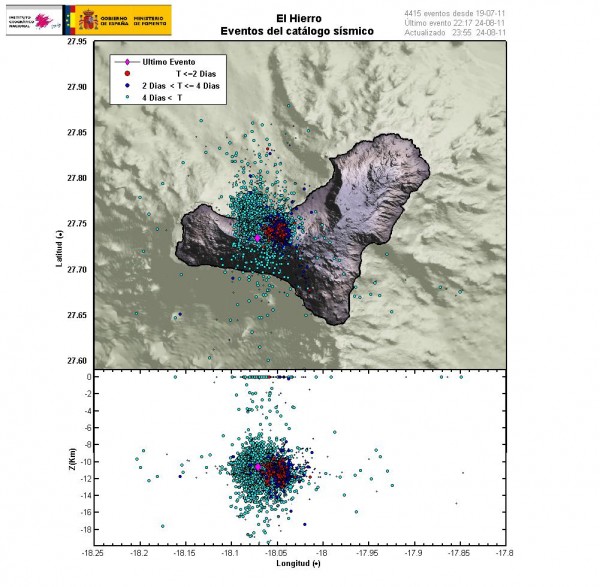 The vast majority of the tremors have been recorded in the northwest of the 278.5-square-kilometre island at El Golfo, the location of a massive landslide that created a 100-metre high tsunami almost 50,000 years ago.

The earthquake swarm, prompted the Canary Islands Government to convene the first ever meeting on 22 July of the Steering Committee and Volcanic Monitoring, reflected in the Specific Plan Protection Civil and Emergency for Volcanic Risk, given what it described “the significant increase in seismic activity”. The Committee met again on Friday 29 July to discuss the low magnitude seismic activity. It reported that it had stepped up its seismic monitoring operations to identify the source of the earthquakes.

It remains unclear if the unprecedented seismic activity on El Hierro is a precursor to a possible future increase in earthquake or volcanic activity.  However, the latest surge in recorded earthquakes and the inflation of the volcano could indicate magma rising underneath El Hierro.

According to the Global Volcanism Program, the massive Hierro shield volcano is truncated by a large NW-facing escarpment, seen here from the east, which formed as a result of gravitational collapse of the volcano. The steep-sided 1500-m-high scarp towers above a low lava platform bordering 12-km-wide El Golfo Bay, which is barely visible at the extreme left. Holocene cones and flows are found both on the outer flanks and in the El Golfo depression. The latest eruption, during the 18th century, produced a lava flow from a cinder cone on the NW side of El Golfo. 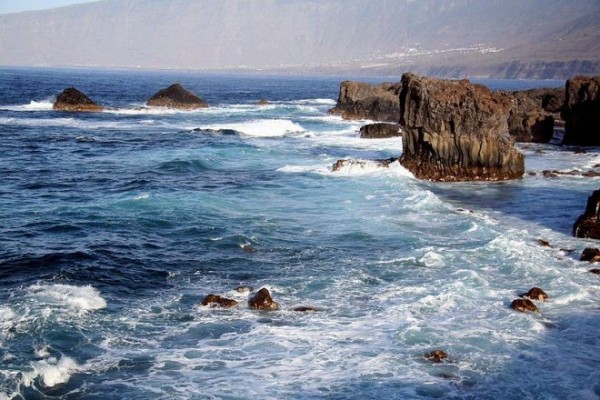 El Hierro is situated in the most southwestern extreme of the Canaries.  The island was formed after three successive eruptions. Volcanic activity, principally at the convergence of the three ridges, has resulted in the continual expansion of the island.

A mere 50,000 years ago, as a result of seismic tremors which produced massive landslides, a giant piece of the island cracked off, crashed down into the ocean and scattered along the seabed. This landslide of more than 300km3 gave rise to the impressive amphitheatre of the El Golfo valley and at the same time caused a tsunami that most likely rose over 100 metres high and probably reached as far as the American coast. (IWO)