A yawning dark hole in the sun's atmosphere is spewing solar wind toward Earth. NASA's Solar Dynamics Observatory photographed the opening during the early hours of Aug. 26th: 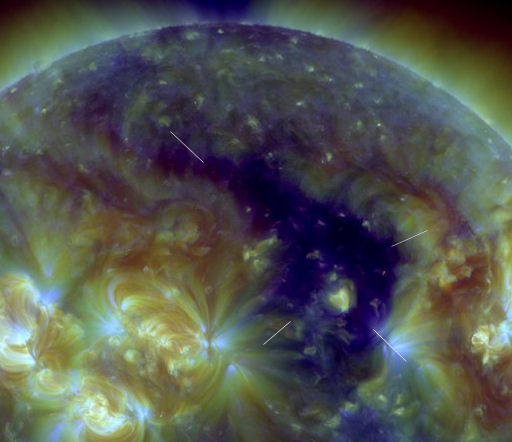 Solar wind flowing from this coronal hole is expected to arrive on Aug. 28-29, possibly causing geomagnetic activity around the poles. Arctic sky watchers should be alert for auroras on those dates. As summer winds down, the midnight sun is waning for improved visibility of the Northern Lights.( SpaceWeather)

Several Sunspots located in the nothern hemisphere were numbered on Thursday including 1277, 1278 and 1279. Each of these regions are magnetically simple and do not currently pose a threat for strong solar flares.

Sunspot 1271 which is heading towards the western limb, remains quiet but may still produce C-Class flares. It appears that the region 1276 is growing again. (SolarHam) 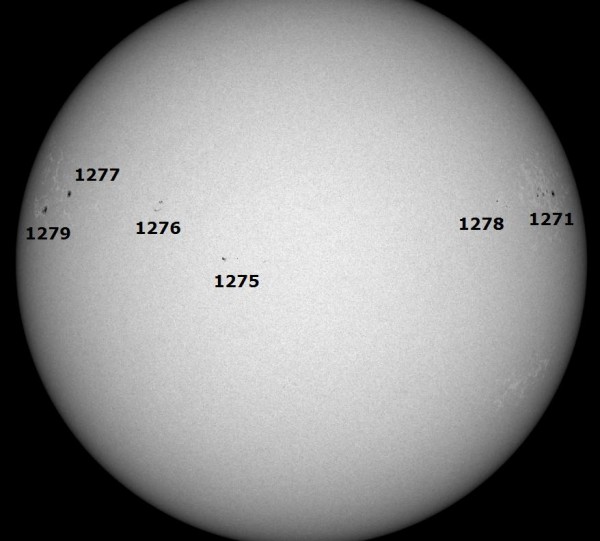 Solar activity is expected to be low with a slight chance for an M-class event all three days (26 – 28 August).

The geomagnetic field was at quiet levels. Observations from the ACE spacecraft indicated a steady decline in solar wind velocity during the period from about 500 km/s to near 400 km/s. The Bz component of the interplanetary magnetic field did not vary much beyond +/- 4 nT while the phi angle remained negative (toward) throughout the period.

The geomagnetic field is expected to remain at quiet levels for days one and two (26 – 27 August). By day three (28 August), activity levels are expected to increase to quiet to unsettled, with isolated active periods, due to a geoeffective, recurrent coronal hole high speed stream. (NOAA SWPC Solar Report) 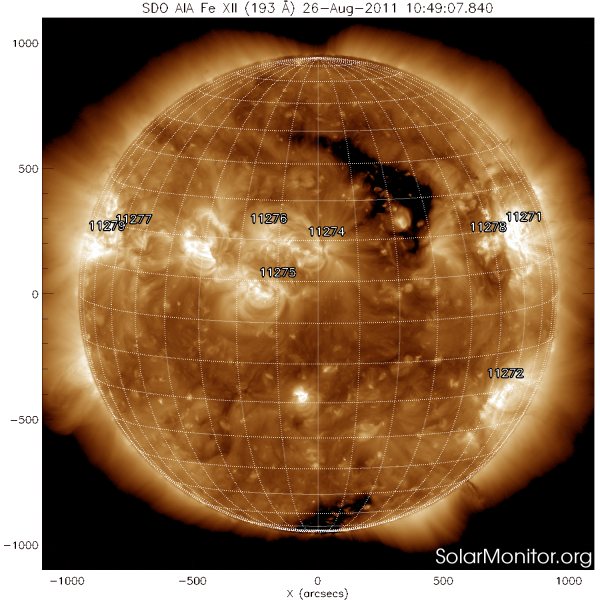 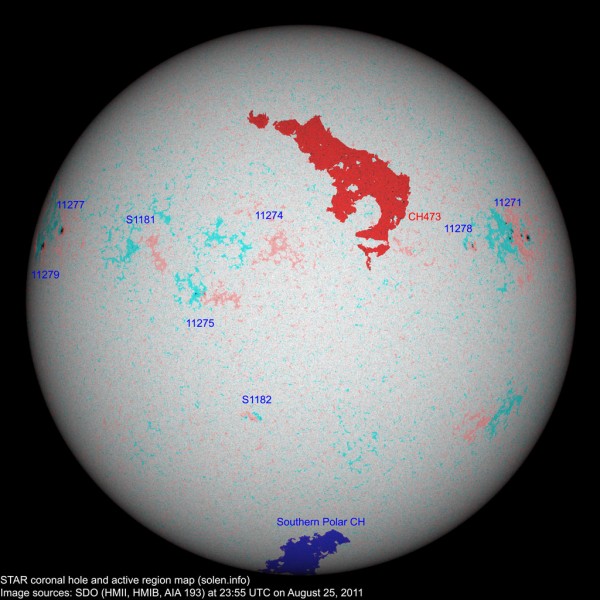