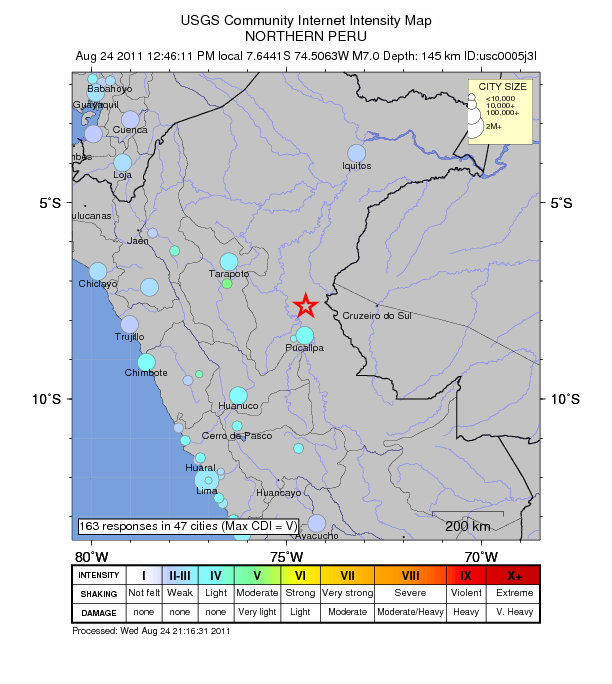 Earthquake-prone Peru is a leading metals exporter, but the region hit on Wednesday is not a mining area. Leading Peruvian miner Southern Copper, which is controlled by Grupo Mexico, said its operations in southern parts of the country were not affected. Energy companies are more active in the region where the quake hit. Pucallpa is the terminus for an oil pipeline from the Ganso Azul fields, but operators said it was transporting fuel normally.

A source at Maple Energy Public Ltd Co said its oil refinery in the town was also functioning properly, and U.S.-based Duke Energy said its nearby gas plant was operating normally. (Reuters) 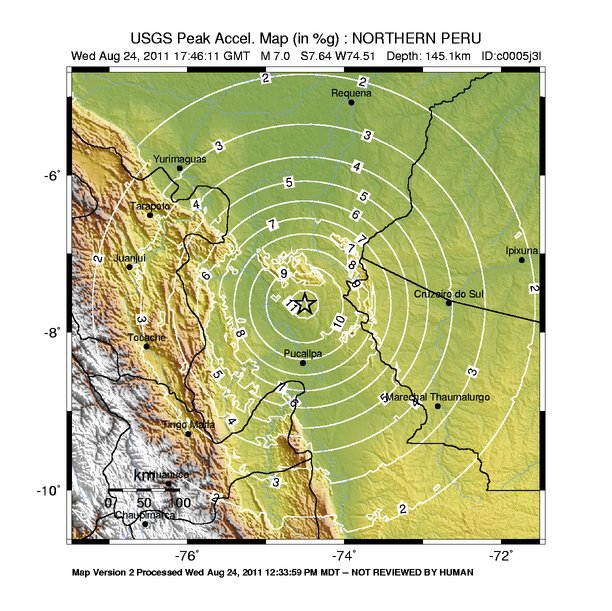 Peru is among the world’s most seismically active countries.

Its most recent deadly quake occurred on Aug. 15, 2007. The 7.9-magnitude temblor killed 596 people and largely destroyed the coastal city of Pisco just south of Lima, the capital.

Due to its depth it was felt on a very wild scale. The epicenter was close to the Brazilian border. Telephone lines were down in the area. We have no information about damage or injuries at this time.  The earthquake was registered first as a magnitude 6.8 quake. Peru’s Institute of Geophysics registered the quake’s magnitude at 7.